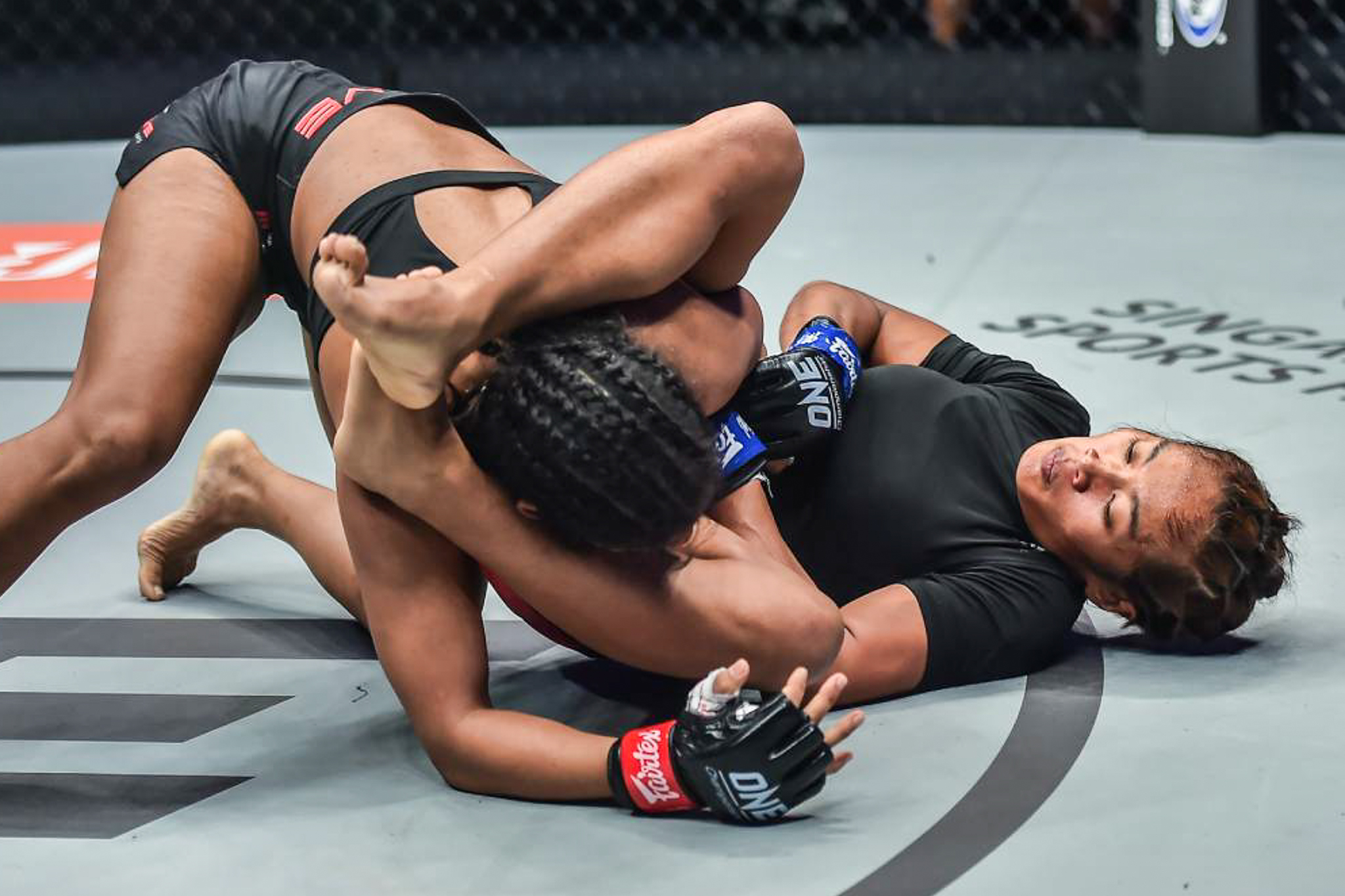 Team Lakay’s Jenelyn Olsim suffered her first defeat at the ONE Championship main stage after Ritu Phogat notched a unanimous decision in the semifinals of the Women’s Atomweight Grand Prix Friday evening in Singapore.

In the co-main event of ONE: NextGen, the Graceful did her best on just four days’ notice as an alternate after Japan’s Itsuki Hirata had to withdraw due to illness.

However, it was not the day of the Filipina as the Indian fighter had the nod of all three judges for her third win in a row.

Not only did Phogat clamp down on Olsim’s striking and submission game, but the Evolve standout also put her grappling and wrestling to good use, even taking down the Graceful in the second round that led to a pound and ground.

“This is important for me,” Phogat said to Mitch Chilson after her dominating performance. “I want to give my 100% and give my country the first woman world champion. That’s why this fight is very important for me.”

Phogat (7-1) advanced to the final of the Grand Prix on December 3 at ONE: Winter Warriors, where she will face third-seed Stamp Fairtex, who took down Brazilian alternate Julie Mezabarba in the other semifinal.

Meanwhile, Olsim took the defeat in stride as she cherished her experience in the Grand Prix.

“This is a life-changing bout for me, because I have reached this far and I give my best in every training and I have achived to become part of this Grand Prix,” she said.

“Even though I lost, it means I need to train more and gain more experience.”

Olsim later admitted that she could have done better if given more time to prepare.

“I could have beaten her, because it was quite close. It’s just I need more time to prepare for our game plan.”