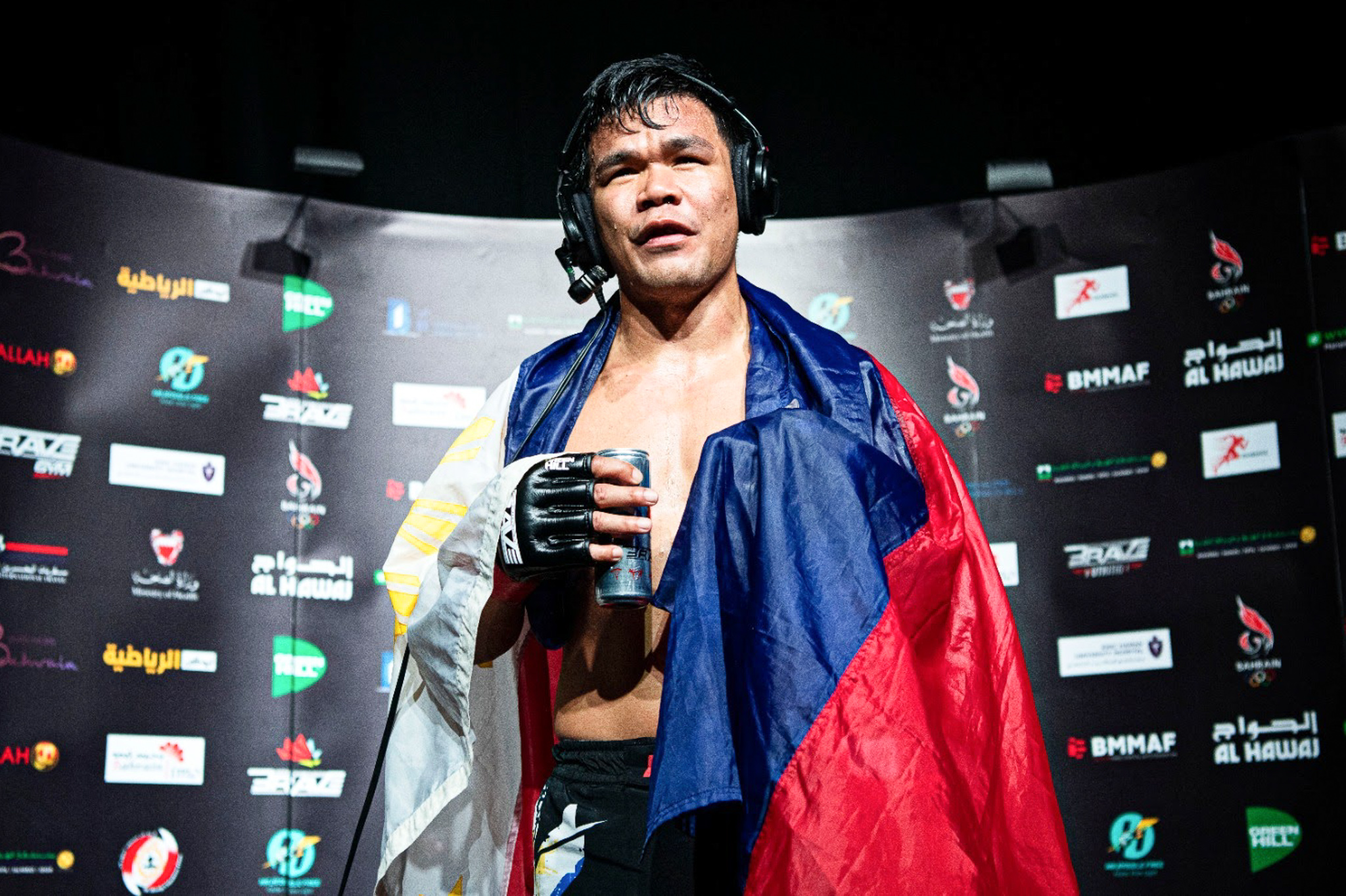 Filipino MMA standout Rolando Dy calls out Sam Patterson to pass him first before taking a shot at the champion.

After staying silent for a few months, the 30-year-old fighter is ready to return inside the cage and the Englishman is locked on his target.

“Boss Mohammed Shahid (BRAVE CF President), if you plan on giving Sam the title shot next, you may want to consider giving him to me first. I don’t panic in the exchanges. I don’t panic while wrestling like [Kamil] Magomedov did,” said Dy.

Patterson came out big, submitting the hometown favorite in the second round of their bout in Rostov-on-Don, Russia last Saturday, November 6.

Dy, who was watching the fight, expresses his opinion about the lightweight encounter.

“There were a few things I saw in the fight. One of which is Magomedov was afraid of getting punched in the face like most BJJ guys. He is a good kicker, but he panics for doubles in striking exchanges. That’s the reason he got choked. Magomedov is not a wrestler by default because he is a BJJ guy,” explained Dy.

“Second is that I find Sam very technical but very slow for a lightweight. If that’s their best, I know I can take any of them.”

Patterson is no stranger to Dy as the standout from Walford, England called the latter out for a fight last year and took a swipe at him by labelling the Filipino a “journeyman” in one social media post.

Yet, while Patterson is on a streak, earning him his right to challenge reigning BRAVE CF lightweight kingpin Ahmed “The Butcher” Amir, Dy came from a losing effort against Kyrgyz slugger Abdisalam “Omok” Kubanychbek at BRAVE CF 47.

Experiencing both lightweight, Dy believes that Kubanychbek should be next in line for a World Title shot, the outspoken hard-hitter from Cavite, Philippines won’t pass up on a chance to duke it out with Patterson and overtake other contenders in the division.

“I fought the rightful contender, Abdisalam, who is not in the title picture now. I know I can take on Sam. Let me steal the title shot from him,” challenged Dy.