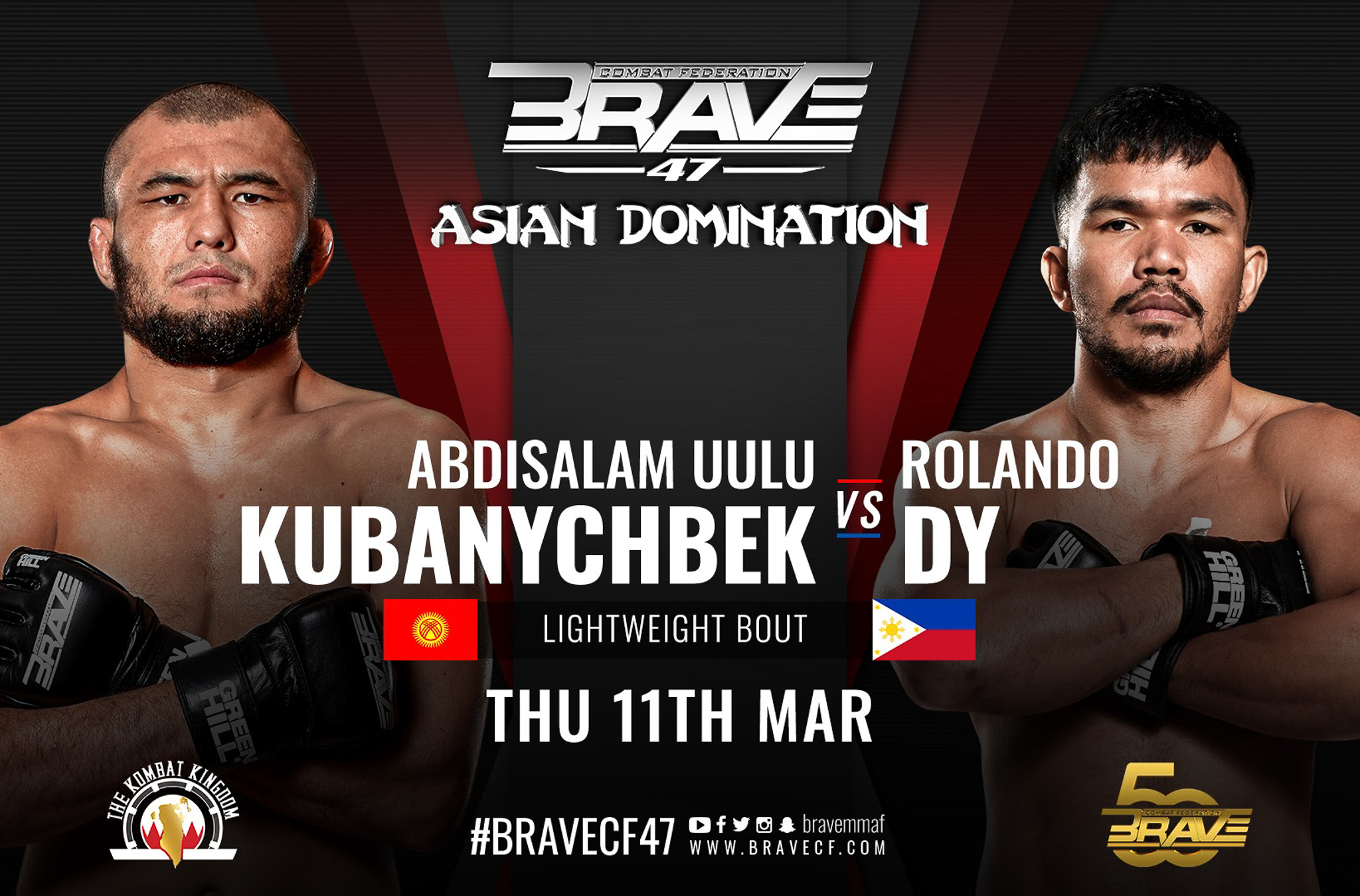 The top lightweight contenders will battle it out in a World Title eliminator match in order to have a chance at challenging the division kingpin Amin Ayoub.

In an earlier interview Dy hinted his return inside the BRAVE Circle after signing up a three-year extension with the Bahrain-based fighting promotion and “Omok” might just be the missing piece in his journey to the world title.

“If BRAVE CF thinks I have to prove it again, then so be it. I am a fighter, and my job is to fight and win fights. Like I said in the past, line them up and I will keep knocking them down. It’s that simple,” said the 29-year-old Filipino fighter.

Dy, a recipient of 2020 BRAVE CF Fighter of the Year award, started making his name huge after moving up to lightweight and defeated the likes of Maciej Gierszewski and John Brewin within a two-month span.

Yet, “Omok” is not a small barrier even for Dy.

BRAVE CF 47 is the opening of BRAVE Combat Federation’s celebration of its 50th edition on April 1st, a show promised as the biggest event ever put together by the organization.