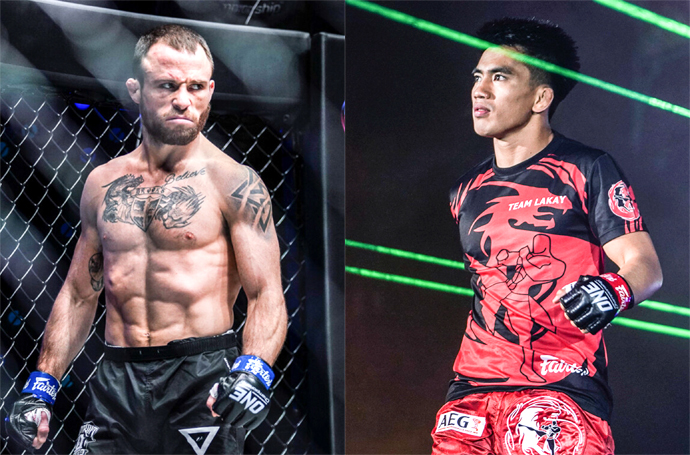 Fighting in one of the toughest challenges in his career, Team Lakay Joshua Pacio is confident he can retain the ONE Strawweight World Championship belt against Jarred Brooks.

The top fighters of the weight class are scheduled to lock horns in an all-out war for the throne at ONE 164 on Dec 3, at the Mall of Asia Arena, Philippines – its first after more than two years.

Pacio is undaunted by The Monkey God’s rampage in the division, staying undefeated for three matches including a stoppage to another Lakay Lito Adiwang.

In an article Pacio acknowledge Brooks stating, “Jarred earned his spot at the top. He beat a lot of big names, all the guys in the top five. All I can say is that he’s a very dangerous opponent and this isn’t going to be an easy fight by any means. He’s no walk in the park.”

However same goes for the American contender as Pacio is not to submit his belt easily.

The 26-year-old Igorot warrior has already been doing his assignment since Brooks stopped Adiwang in November 2021.

“I think it’s going to come down to the scrambles, finding the right timing, and picking my shots. I don’t mind trading with him, but I have to be smart about it,” said Pacio.

“We’re going to come in very comfortable, wait patiently for opportunities, and just fight a smart fight with a good game plan. I have many weapons to knock him out.”

Pacio also remains calm and collected at Brooks’ infamous rapping skills, however, for Pacio his diss-track will not help him snatch the golden plated strap.

“I’ve heard his rap [songs], and I think it’s great. Those are some great mic skills, to be honest. He can make a new one and use it as his entrance music, rap his way to the Circle. Then after, I will go and knock him out,” Pacio concluded.