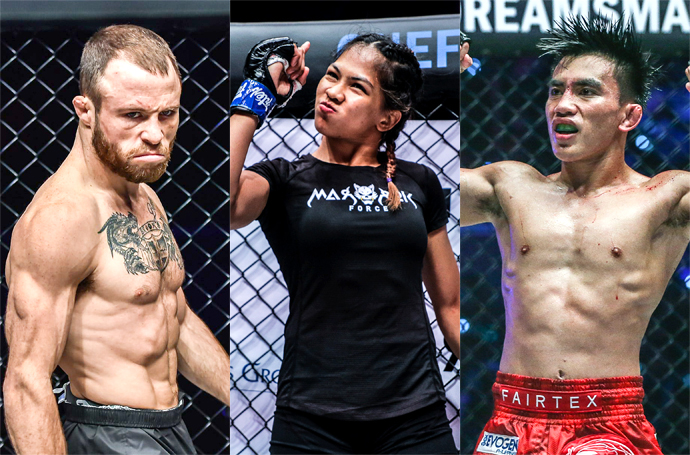 ONE Championship make its come back to the Philippines on December 3 at Mall of Asia Arena with Team Lakay Joshua Pacio leading the fight card.

The division kingpin will defend his ONE Strawweight World Championship belt against Jarred Brooks at ONE 164: Pacio v Brooks, the first event in Manila after more than two years.

Pacio has already seen the ups and downs of the weight class, reigning for over 1200 days across three separate supremacies, and defeating various elite contenders of the division.

Brooks, on the other hand will try to shake the division with his 3-0 record including a second-round submission of Pacios’ stablemate, Lito Adiwang at ONE Next Gen III last November 2021.

In the organization’s return to Manila, Filipino compatriot Denice Zamboanga will be sure to cheer for Pacio.

“This fight will surely be an amazing one. This will be an intense match for sure and this could be the biggest challenge for our world champion but, still, I’m rooting for him to win!” said the no. 3-ranked women’s atomweight.

Aside from the loaded fight card, Zamboanga is also ecstatic for the Singapore-based organization’s arrival to the Philippines.

“I’m really excited that there will be another event in the Philippines, especially now that we’re going back to how it was back then before the pandemic. I’m really happy that ONE Championship will be back in the country after more than two years,” said Zamboanga.

Philippines is ONE Championship’s favorite destination for its show stopping fights but as the pandemic loomed, its fights were locked in Singapore.

With the travel restrictions easing up, ONE Championship is ready to deliver another spectacular event in front of its Filipino fans.