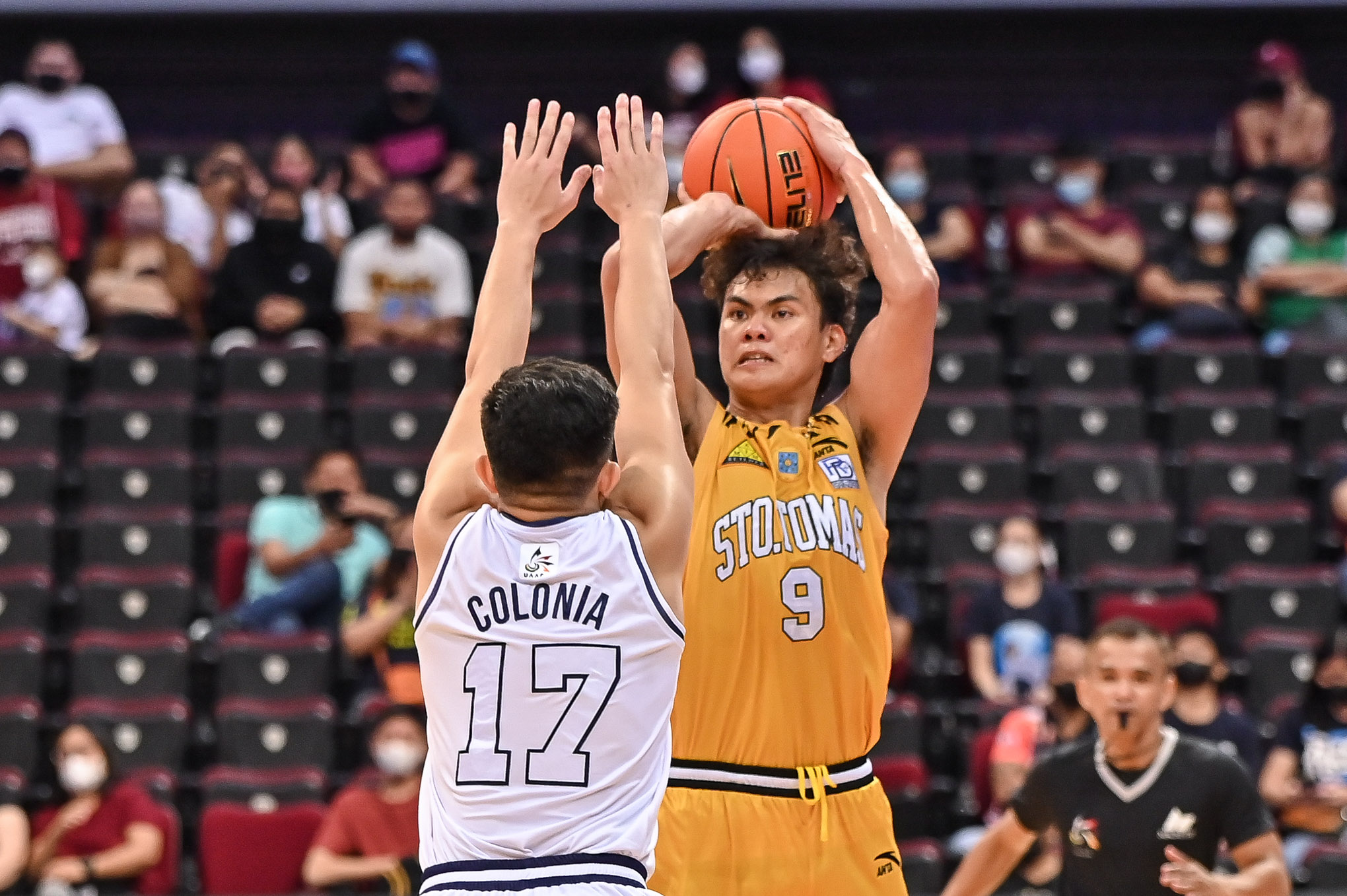 MANILA, Philippines – The University of Santo Tomas (UST) opened their UAAP Season 85 men’s basketball campaign on a high note after Nic Cabanero dropped 33 points for a 69-60 win over Adamson University (AdU) at the SM Mall of Asia Arena on Saturday, October 1.

Sophomore Cabanero led the Growling Tigers on 13-of-18 shooting, four assists, and two rebounds. His 33-point marker was also the biggest output for UST since 2018, when Marvin Lee erupted 30 points against University of the East.

Cabanero carried UST with 17 points in the first half for a 42-36 lead.

Both teams recorded only six points in the third quarter, but Cabanero got his rhythm back in the final frame to boost the Tigers for a 10-point lead, 61-51, off a layup at the 6:22 mark.

Soaring Falcon’s topshooter Jerom Lastimosa closed in the gap after a triple, 60-63, 56.4 ticks left in the game.

That proved to be the last point Adamson could ever make as Cabanero quickly answered back with a mid-range jumper followed by Paul Manalang and Christian Manaytay’s freethrow shots to end the game.