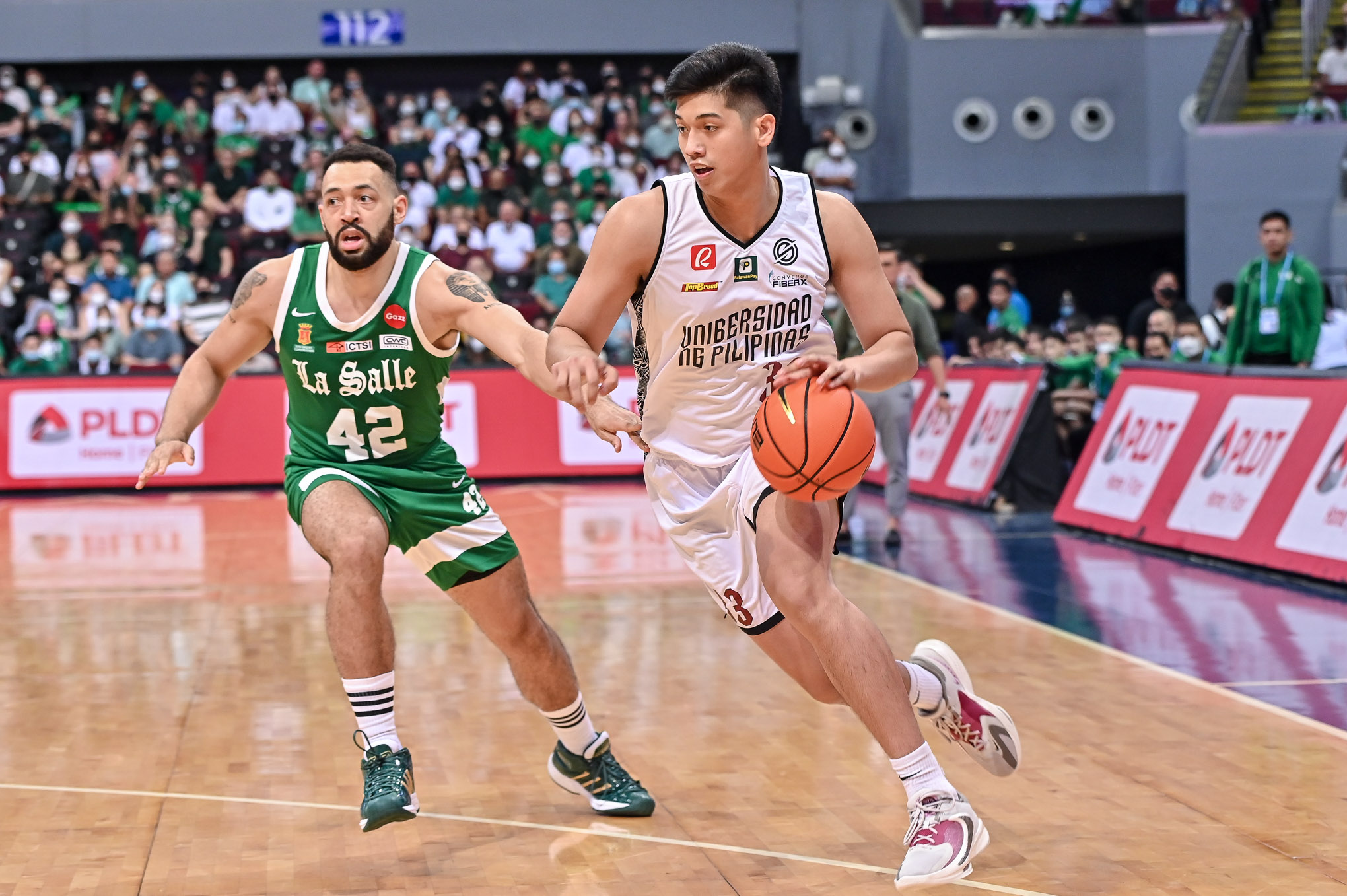 MANILA, Philippines – University of the Philippines (UP) showed off what a defending champ is made of after defeating De La Salle University (DLSU), 72-69, in their opening game at the UAAP Season 85 men’s basketball tournament on Saturday, October 1, at the SM Mall of Asia Arena.

Trailing by as much as 10 points in the first half, the Fighting Maroons fought back and managed to turn the game around with an 8-0 run in the fourth to tie it at 54-all. UP eventually took a 70-64 lead after back-to-back bucket from Malick Diouf and James Spencer, 16 ticks left in the game.

Green Archer Evan Nelle dropped five consecutive points to get within one, 69-70, four seconds left. Carl Tamayo drained his two free throws before Nelle failed to take a shot in the next play, which capped off the win for UP.

Tamayo, who was a Season 84 Mythical Five member, led UP with an 18-point, 19-rebound double-double, while Terrence Fortea had 15 markers, nine assists, and five boards. Diouf added nine points and 13 rebounds in the win.

On the other hand, Schonny Winston finished with 27 points on 12-of-18 shooting, while Mythical Fiver member Michael Phillips added 8 markers, 20 rebounds, four blocks, and three steals.