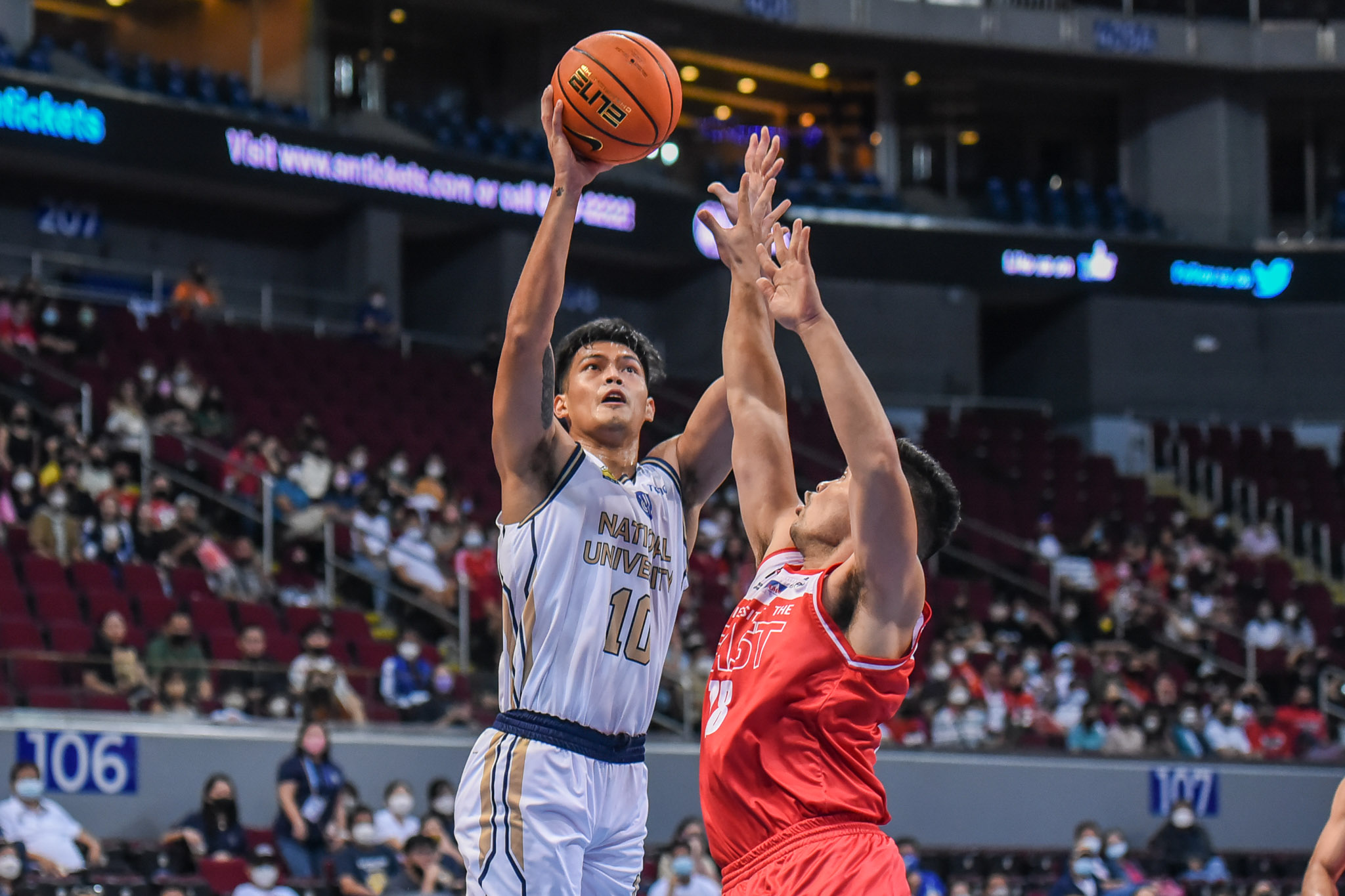 NU finished with a 77-70 victory over University of the East (UE), while Ateneo took a 79-70 win over Far Eastern University (FEU).

The Bulldogs dominated most of the game until the Red Warriors slashed a 15-point deficit to get close within one, 52-51, 28 seconds left in the third quarter.

NU answered back with a 16-3 blast for a 67-55 lead, and never looked back. NU’s win extended the Red Warriors’ losing streak to 15, which dated back to last season where UE went 0-14.

John Lloyd Clemente led NU with 15 points, while Jake Figueroa had 13 markers and nine rebounds. Patrick Yu contributed another 13 points in the win.

The Tamaraws inched to within five at the 1:08 mark, 70-75, but Ateneo’s Forthsky Padrigao drained a triple for an eight-point lead, 38.5 seconds left.

Padrigao led Ateneo with 19 points, seven assists, and six rebounds, while BJ Andrade had 15 markers. Dave Ildefonso and Ange Kouame chipped in double-doubles, with 14 points and 12 rebounds, and 12 markers and 14 boards, respectively.

L-jay Gonzales finished with 19 points on five triples for FEU.