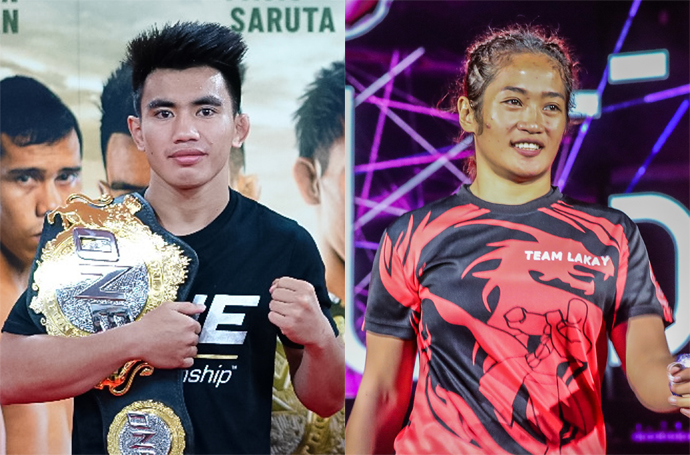 Team Lakay’s pair of prized strawweights are determined to keep themselves in shape, despite the threat of a pandemic as they are looking for their next fights ahead at ONE Championship.

Both Jenelyn Olsim and reigning ONE World Champion Joshua Pacio met the press at the PSA Forum Tuesday morning from their base camp in Benguet, with the former just coming off a victorious debut in the main stage at Fists of Fury III last March in Singapore.

As such, the 23-year old showed no fear at all as she set her sights at the rest of her division, including the reigning ONE Women’s Strawweight queen Xiong Jing Nan.

The Panda will defend her belt for the fifth time when she takes on second-ranked Brazilian Michelle Nicolini in the main event of the all-female ONE: Empower.

Meanwhile, The Passion is now more than a year without a bout since escaping the Mall of Asia Arena with a razor-thin split win over Alex Silva at Fire and Fury, but is still putting the work into the mats.

Like Olsim, Pacio is ready to face everyone even if he is the king of their weight class, with him knowing the quality of the talent coming in.

“As a champion, ang trabaho natin is to train and get better every day,” he added, as he also welcomes the prospect of a third encounter with Japan’s top-ranked contender Yosuke Saruta, having split their first two bouts in 2019.

At Eternal Glory in Jakarta, Saruta edged Pacio via split decision, before the latter evened matters with a fourth-round knockout in front of the raucous MOA crowd at Roots of Honor.