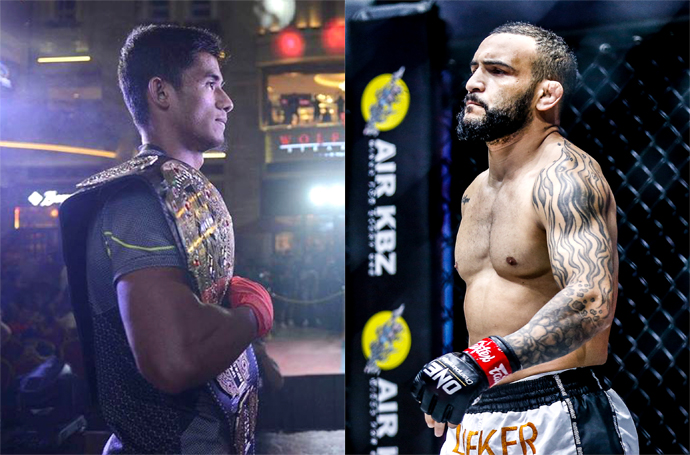 Former BRAVE CF bantamweight champion Stephen Loman hopes to get even for Team Lakay when he faces John Lineker in his ONE promotional debut at ONE on TNT IV on April 28.

The five-time MMA champion of the Baguio-based stable will finally step into the Circle of the Singapore-based fighting promotion looking to avenge his stablemate, former ONE bantamweight champion Kevin Belingon.

And Belingon never failed to help Loman in his preparation.

“He (Belingon) always says that once Lineker finds his range, he will release all of his combinations. His combinations from head to body are really fast and powerful,” said Loman.

“I’m thankful that Kuya Kevin is giving me advices. I’ve seen in their fight that Lineker is really strong.”

Loman also said that Belingon’s loss gave him motivation in doing his best when he faces off with the top bantamweight contender.

Lineker, an ex-UFC fighter sits just below Bibiano Fernandes in the ONE rankings, boasting a 12-4 overseas record.

But Loman’s preparation is continuous even with the threat of COVID-19 escalating again, in order to find the silver bullet that will take down the “Hands of Stone”.

“I always find ways to train. If there are stairs, even with just a few flights, I’ll use that. There are also body workouts I can do at home. I’ve been focusing on cardio workouts because it is very important. If you have a good cardio, your movements will also be good,” shared the 25-year-old fighter.

“I’ve already adjusted to the situation. My teammates have been helping me a lot.”

With less than a month before his debut, Loman said that he already has a game plan and they’re working hard to perfecting it. He also promises his fans to expect an explosive fight against Lineker.

“Expect po nila an explosive fight against John Lineker and we will have a good fight”, Loman added.