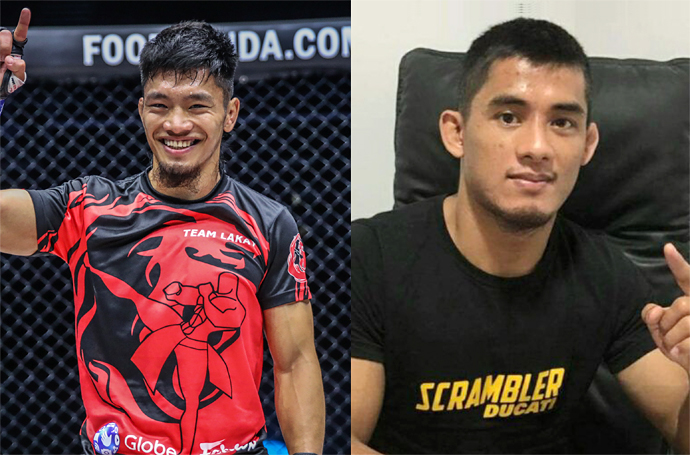 Team Lakay’s Lito Adiwang and Stephen Loman undergo home quarantine after testing positive to COVID-19 just before their flight to Singapore for ONE on TNT.

The Filipino stalwarts were forced to pull out of their respective bouts after an RT-PCR test at the airport yielded positive for the virus. The two fighters were asymptomatic the whole time.

“Lito and Stephen are both doing fine and they are undergoing home quarantine since they are asymptomatic. They were not required to go to the quarantine facilities provided by the government or to the hospitals,” shared decorated coach Mark Sangiao to BurnSports.Ph.

“They are almost on the silver line of recovery.”

Fortunately for the team, only Adiwang and Loman tested positive. Coach Mark and their sparring partner Jhanlo Mark Sangiao’s test were both negative.

According to Sangiao, it must be due to the recent spike in the cases and the new, more infectious variants that the fighters caught the virus. There is no such thing as virus-free place now.

Adiwang, who is currently en route to regaining his momentum following his KO win against Namiki Kawahara early this year will have no more chance to fight top strawweight Jarred Brooks in ONE on TNT II.

Loman, on the other hand is more pressured because he was supposed to avenge Team Lakay in his much-anticipated ONE debut against John Lineker.

But Loman is taking the situation positively.

“This is just a simple break for Team Lakay, not an end. We are capitalizing on this to further train, to polish small details so when we’ll be 100 or more than ready when we’ll be back to the fighting arena,” said Sangiao.

“Our athletes are more than eager to work and show entertainment but maybe, the right time is not now, but we will have that perfect time.”

Fans of the BRAVE CF longest reigning champion will have to wait a little bit to see Loman perform in the Circle of the Singapore-based fighting promotion.

“I know many fans are disappointed about this but we really hope they won’t charge it negatively on our athletes. Nobody wanted for them to test positive for Covid,” Sangiao added.