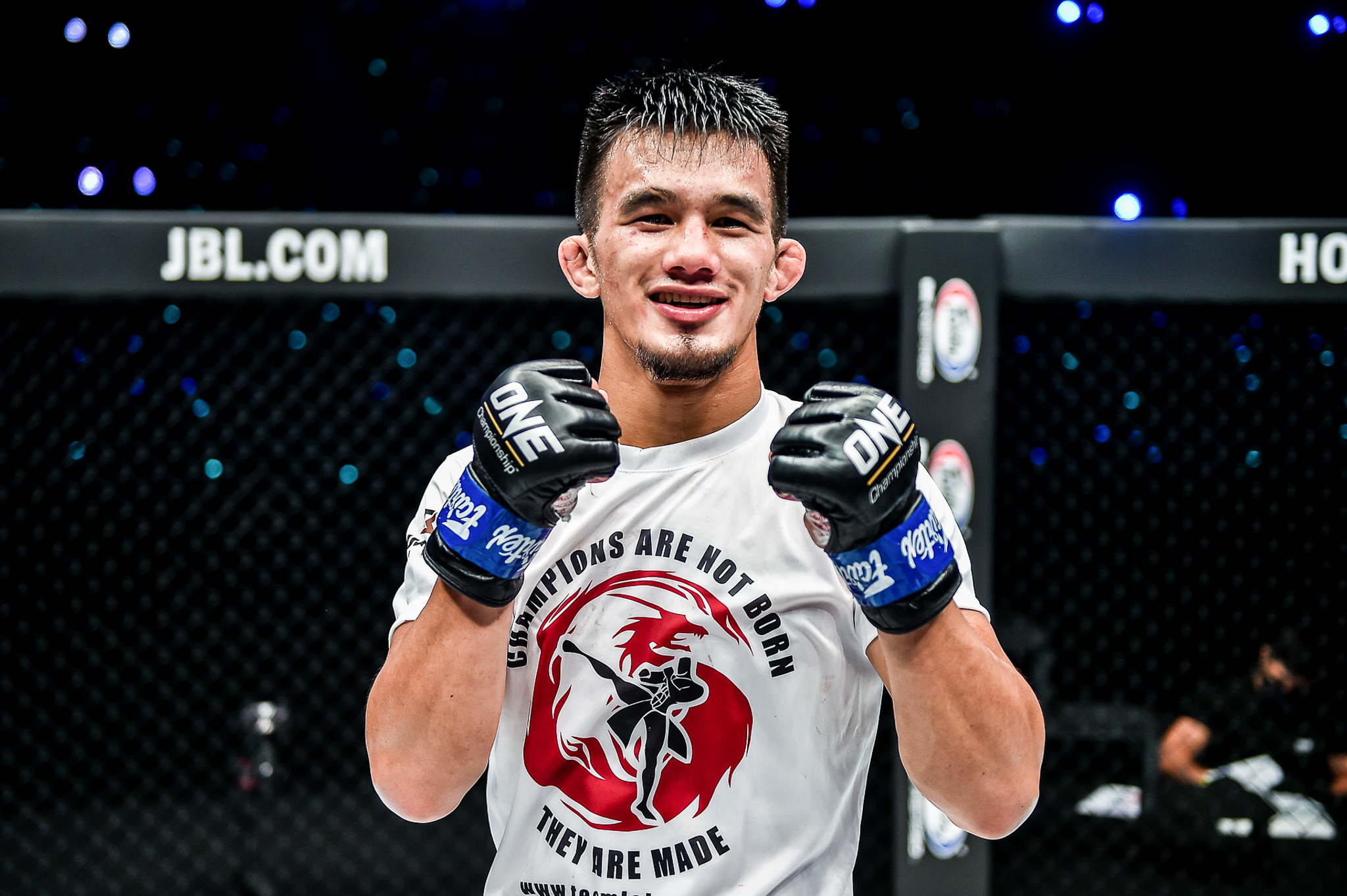 Team Lakay standout Jeremy Pacatiw fears no one in his quest towards the coveted ONE Bantamweight World Champion belt – even if he will need to face a ranked fighter this early in his career.

Debuting just seven months ago under the Singapore-based organization, Pacatiw will tackle head on no. 4-ranked Fabricio “Wonder Boy” Andrade at ONE: FULL CIRCLE this Feb 25.

Ecstatic as he may be for the challenge, Pacatiw knows the threat Andrade could offer to the table.

“I’d say that my upcoming fight with Fabricio Andrade will be the most ambitious pursuit I have in my career as I get a chance to face a ranked fighter,” Pacatiw expressed.

Andrade is riding a tall wave of five-fight win streak thanks to his clinical approach.

In his recent outing, the Wonder Boy showed his prowess by scoring a technical knockout against “The Underdog” Li Kai Wen at ONE: WINTER WARRIORS last December.

Team Lakay head coach and founder Mark Sangiao understands that his ward is coming in as a massive underdog against Andrade, but he knows that fights are won on the canvas and not on paper.

“Fabricio Andrade is carrying five wins in a row to his name and we’re not glossing this over. But we’re also not selling Jeremy Pacatiw short. Our Team Lakay athlete will take great strides to the cage with only one goal, to put his name into those top-flight rankings,” said Sangiao.

Especially when Pacatiw has taken the right foot forward, knocking down top fighter Chen “The Ghost” Rui in his debut.

“Getting that win will definitely draw me closer to the top. Indeed, this is another opportunity for me to unleash my skills and I can’t wait!” Pacatiw said.

A win will indeed put him in a good spot, probably join his stablemates Stephen Loman and Kevin Belingon dominate the ONE Bantamweight athlete rankings.