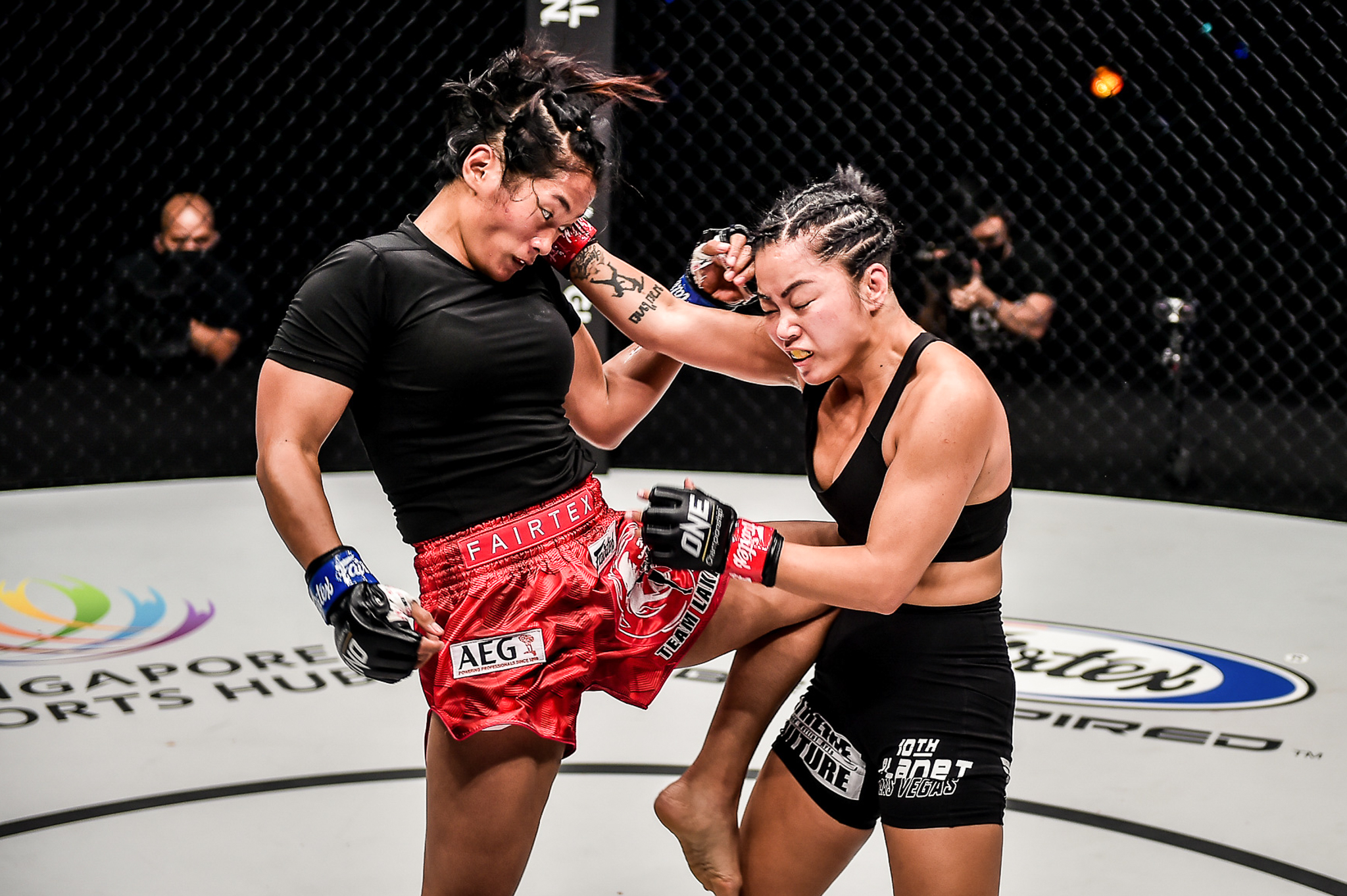 Team Lakay standout Jenelyn Olsim and Jihin Radzuan aren’t fated to meet yet  inside the Circle as Olsim pulls out of their scheduled match due to an injury.

Initially booked for ONE: NEXT GEN last October but the Filipina fighter has to step up for an injured Itsuki Hirata for the women’s atomweight grand prix semi-finals.

The two won’t be seeing each other again at ONE: BAD BLOOD this Feb 11.

“I was supposed to battle Jihin on three weeks’ notice, but due to a bad accidental injury I had in one of our sparring sessions, our medical doctor diagnosed me unfit to continue the fight and told me that I need to physically recover,” said Olsim.

The two fighters will need to wait another time to meet inside the Circle.

But it’s a tougher news for Olsim who looks to bounce back from the unanimous decision loss against India’s Ritu Phogat.

“I was really looking forward to going back to fighting and I had been preparing really hard for this. I was so focused that I really wanted to win, but I won’t be able to perform at my best with my current condition. It’s upsetting, but it’s what needs to be done,” expressed Olsim.

“We’ve been preparing to fight each other for the second time. This hanging match with her is making me more excited to face her for real. I can say that I’m 100-percent focused and I can’t wait to be back to train for her.”

Despite getting outwrestled by Phogat and sustaining her first loss under the main league of the Singapore-based organization, Olsim is still ecstatic to face Radzuan who is proficient on the mat.

“Jihin is a well-rounded fighter and I am as well, but I’d like to test my ground game against her because she’s really good at the ground,” she said.

“I’m 100-percent hungry to return and I want to win again. I will be back in full swing, so wait for me!”

Japanese veteran Mei Yamaguchi has agreed to step in on short notice and fight Jihin Radzuan.