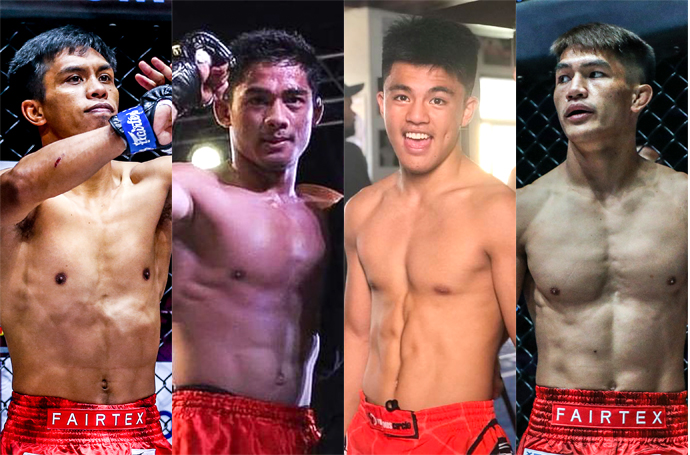 Team Lakay’s Stephen Loman and Jhanlo Mark Sangiao book their much-anticipated debut under the Singapore-based organization with the confirmation of ONE: Winter Warriors II’s fight card.

Filipino fans will surely be fulfilled before the end of the year with Loman, Sangiao together with Kevin “The Silencer” Belingon and Danny “The King” Kingad will all see action inside the Circle against separate opponents.

“We are honored by the trust that ONE Championship has placed in Team Lakay. This is a huge opportunity for us to close the year on a positive note, and we are very proud to represent the Philippines on the biggest global stage of martial arts competition,” Coach Mark told ONE Championship.

Leading the pack of the hungry wolves is former undisputed ONE Bantamweight World Champion Belingon, who dropped into the number 2 spot after suffering a loss from Brazilian hard-hitter John Lineker in October 2020.

Belingon aims to score a win against South Korea’s “Pretty Boy” Kwon Won II and return in the winning column.

Kingad is also making a return after being away from the circle for almost two years. The no 2-ranked flyweight will square it off with #4 contender and former flyweight king Kairat Akhmetov of Kazakhstan.

After dominating as the longest bantamweight world champion in the Middle East promotion, BRAVE CF, Loman wants to reign over ONE Bantamweight starting with the division’s #3-ranked Yusup Saadulaev.

The unbeaten prospect of the Baguio-based stable has been the talk of town since his signing with ONE and with the scheduled debut, Filipino MMA fans will surely tune in.

“Our warriors will be going up against a handful of very tough opponents, so it’s not going to be easy. Rest assured that we are working double time in the gym to produce a favorable outcome. Through our hard work and dedication, we will triumph,” said Sangiao.

ONE: WINTER WARRIORS II will be recorded at the Singapore Indoor Stadium in early December, with the show airing across the world via tape delay on Friday 17 December.