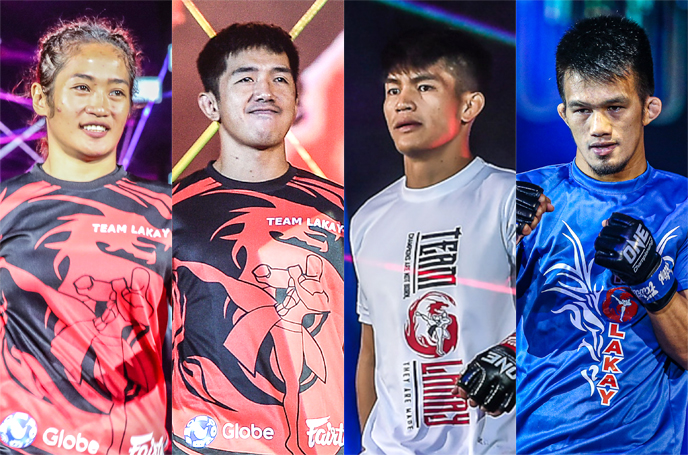 Team Lakay versus the world!

Four more Igorot warriors join ONE Championship Strawweight World Champion Joshua Pacio as he takes on Jarred Brooks at the Mall of Asia Arena when the Singapore based organization returns to the Philippines on December 3.

Flyweights Geje Eustaquio and Danny Kingad were booked to make a comeback inside the Circle and shake up the 135lb division.

The former lightweight kingpin Eustaquio is looking to prove that his career is far from over when he meets “Wolf Warrior” Hu Yong. Eustaquio has been on a roll with two consecutive wins against Toni Tauru and Min Jong Song and eyes a third straight victory.

Hu, on the other hand is coming from a decision loss to Yuya Wakamatsu and is eager to bounce back. The alumnus of ONE Hero Series hopes to prove that new blood is taking over the weight class.

Similar to Hu, Kingad will return to the Circle after a unanimous decision loss to another division contender Gurdarshan Mangat.

The no. 4-ranked flyweight contender will defend his spot at the ranking against Mangat who has won four of his last five outings.

Also in the main card are Team Lakay’s new generation of fighters – Jenelyn Olsim and Jeremy Pacatiw, desperate to prove that the stable is evolving its game.

Promising atomweight Olsim lock horns with hard hitting Meng Bo in the atomweight division for a chance for a spot at the athlete rankings.

In the meantime, bantamweight slugger Pacatiw takes on Tial Thang as he looks to rebound after a disappointing finish against Fabricio Andrade where he got folded by the Brazilian’s knee in the first round of their clash.

The Lakays look to give the best entertainment and representation for their Filipino supporters as they finally return to compete in front of their home fans.