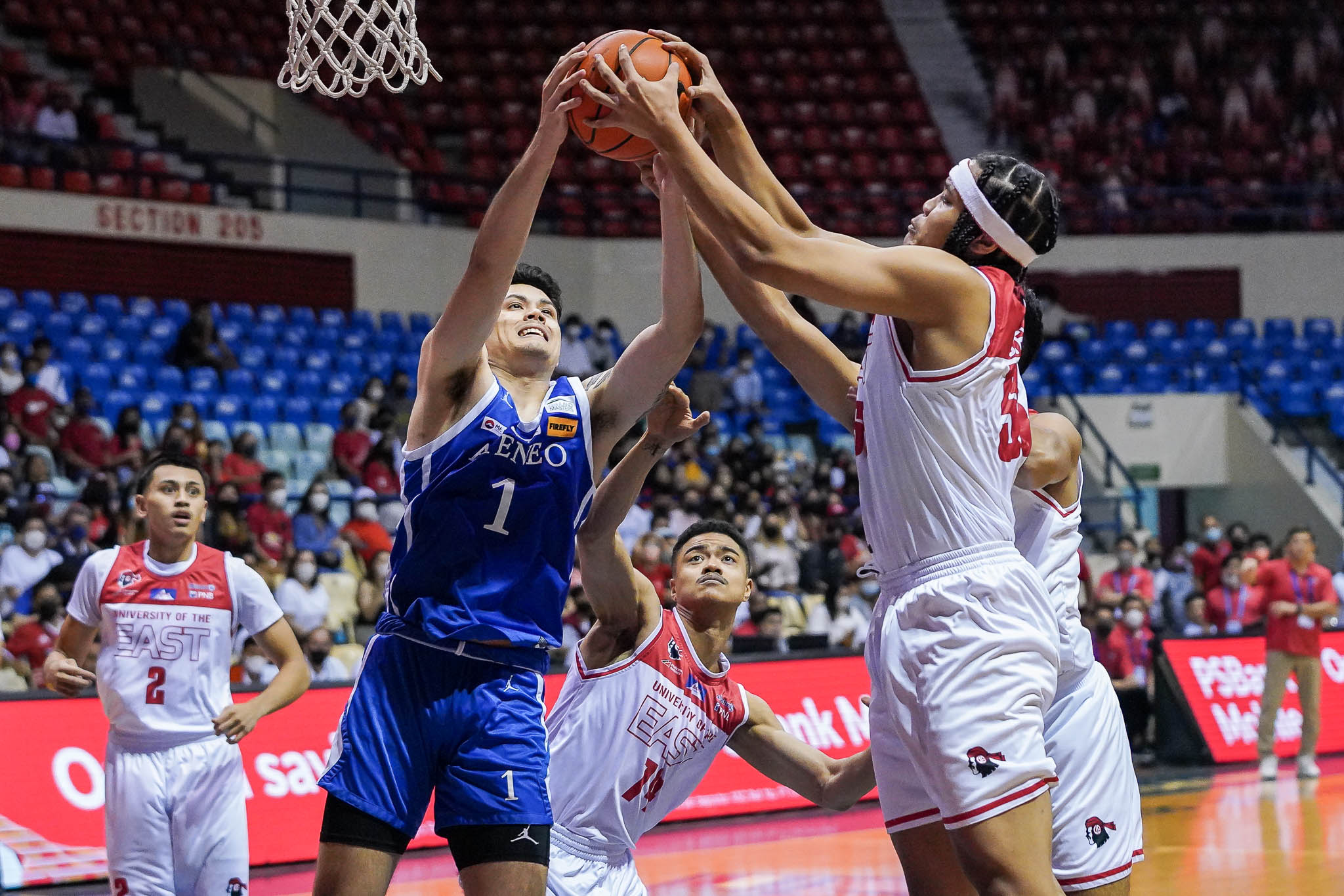 ANTIPOLO – The Ateneo de Manila University (ADMU) and Far Eastern University (FEU) showed impressive performance against their competitors to win their final games in the first round of the UAAP Season 85 men’s basketball tournament on Sunday, October 23, at the Ynares Sports Center.

The Blue Eagles took a 91-76 win against University of the East (UE) to end the first round in third place with a 5-2 win-loss record.

Dave Ildefonso led Ateneo with 20 points, while Kai Ballungay had 14 markers. Forthsky Padrigao and BJ Andrade chipped in 11 points each, while Ange Kouame had 20 rebounds.

Kyle Paranada and Harvey Pagsanjan had 17 points each, while Luis Villegas had a double-double record of 10 markers and 13 rebounds as UE ends the first round with a 3-4 record in fifth place.

FEU then upset National University (NU), 47-44, to improve to a 2-5 win-loss record for seventh place.

NU’s Omar John answered with back-to-back buckets for a 44-45 score, but LJ Gonzalez shot another basket for FEU to give them a three-point advantage.

Rookie Kean Baclaan attempted to tie the game with four seconds left, but missed, giving FEU its second win in the season.

On the other hand, John paced NU with nine points, while John Lloyd Clemente had eight markers and 12 rebounds as NU dropped to third place with a 5-2 slate.