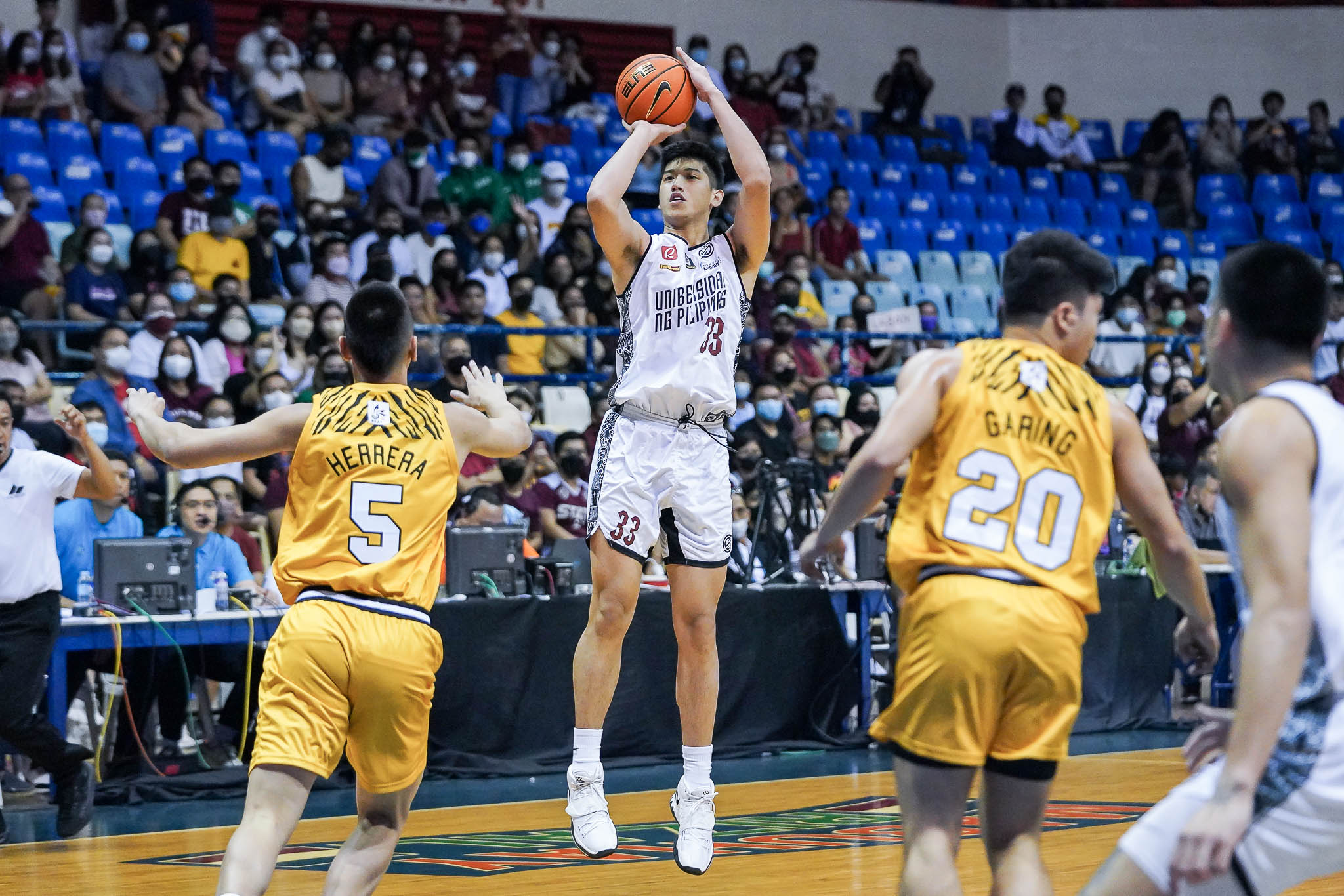 ANTIPOLO – University of the Philippines (UP) and Adamson University (AdU) outlasted both its opponents to end the first round of UAAP Season 85 men’s basketball tournament on Saturday, October 21, at the Ynares Sports Center.

The Fighting Maroons defeated struggling University of Santo Tomas (UST), 76-51, a first double-digit win for the defending champions, and cap off the first round of the tournament with a 6-1 win-loss record.

UP kept a comfortable lead throughout the game. Terrence Fortea even scored five straight points to give the Fighting Maroons a 57-29 lead, 3:43 left in the third quarter.

Nic Cabanero led the Growling Tigers and capped off a 20-3 run with back-to-back treys to cut UP’s lead to 11, 49-60, 5:49 left in the game. However, UP did not hold back and blasted 13-0 to extend their lead and sailed through their third consecutive win.

Adama Faye led the Tigers with a 15-point, 13-rebound double-double, while Cabanero had 14 markers as UST ended the first round with a 1-6 slate.

The Green Archers almost had the win in the bag after leading 79-76 with six seconds left in the final frame. It was until Lenda Douanga made a triple for AdU to force overtime, 79-all.

AdU powered through in the extended period with Vince Magbuhos sinking a triple for the 86-84 edge they needed with 1:52 left.

La Salle’s CJ Austria and Evan Nelle failed in their attempts in the ensuing plays, and succumbed to the Soaring Falcons.

Jerom Lastimosa led Adamson with 29 points, eight rebounds and six assists, while Joshua Yerro had 13 markers. Douanga and Cedrick Manzano added 13 points with the former having 10 rebounds in his name.

Kevin Quiambao paced La Salle with 20 points and nine rebounds, while Schonnie Winston and Michael Phillips had 17 markers each.

The result of this game leaves Adamson and La Salle with a 3-4 slate for fifth and sixth place, respectively.