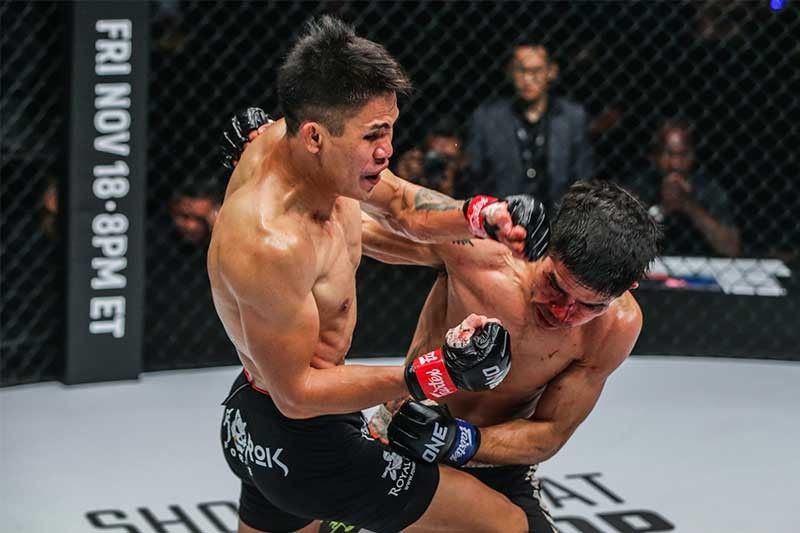 Miado put on a show on the closing fight of the lead card of ONE on Prime Video 3: Lineker vs Andrade, taking down the division’s newly instated top 5 fighter with a full display of his striking prowess.

Miado tried taking the fight down to the canvas, yet Williams was desperate for a stand-up brawl – but it was a bad decision.

Miado continued connecting with his right dropping Williams with less than a minute left on the opening round to which he followed with a knee to the head. Mini-T managed to get back on his feet but ended the round groggy and with a bloody nose.

“In the first round, I felt that I could take his power and then I saw it. I hit him with my right hand and saw in his face that he felt it,” said Miado.

“I just find the perfect time for the right hand and left hook. We were working on that all the time.”

The Scrappy MMA standout changed gears in the second round, switching to a counter offensive stance and focusing on the Jaguar’s lead leg.

With his quick footwork and consistent leg kicks, Williams managed to slow down Miado, but the latter’s patience accompanied with accurate left hooks to find the former’s jaw, dropping Williams again.

Miado did his homework extensively, carefully planning on the game plan for Williams.

Referee Herb Dean did not much have trouble stopping the fight after only 30sec of the final round with Miado showing on complete display a mastery of his craft.

“I train a minimum of six hours a day, every day. No rest. That’s why I think I deserve this win,” shared Miado after the fight.

“You know who’s the real deal in this division. I’m coming for the belt.”

Miado improves to a 12-4 with an impressive 8 out of 12 fights coming by way of knockout.

The Marrok Force standout also expressed his intent on joining the Manila card this December 5 to whoever is ready for him in the strawweight rankings.

Danial Williams, Jeremy “The Jaguar” Miado, Marrok Force, ONE Championship™ (ONE), ONE on Prime Video 3: Lineker vs Andrade