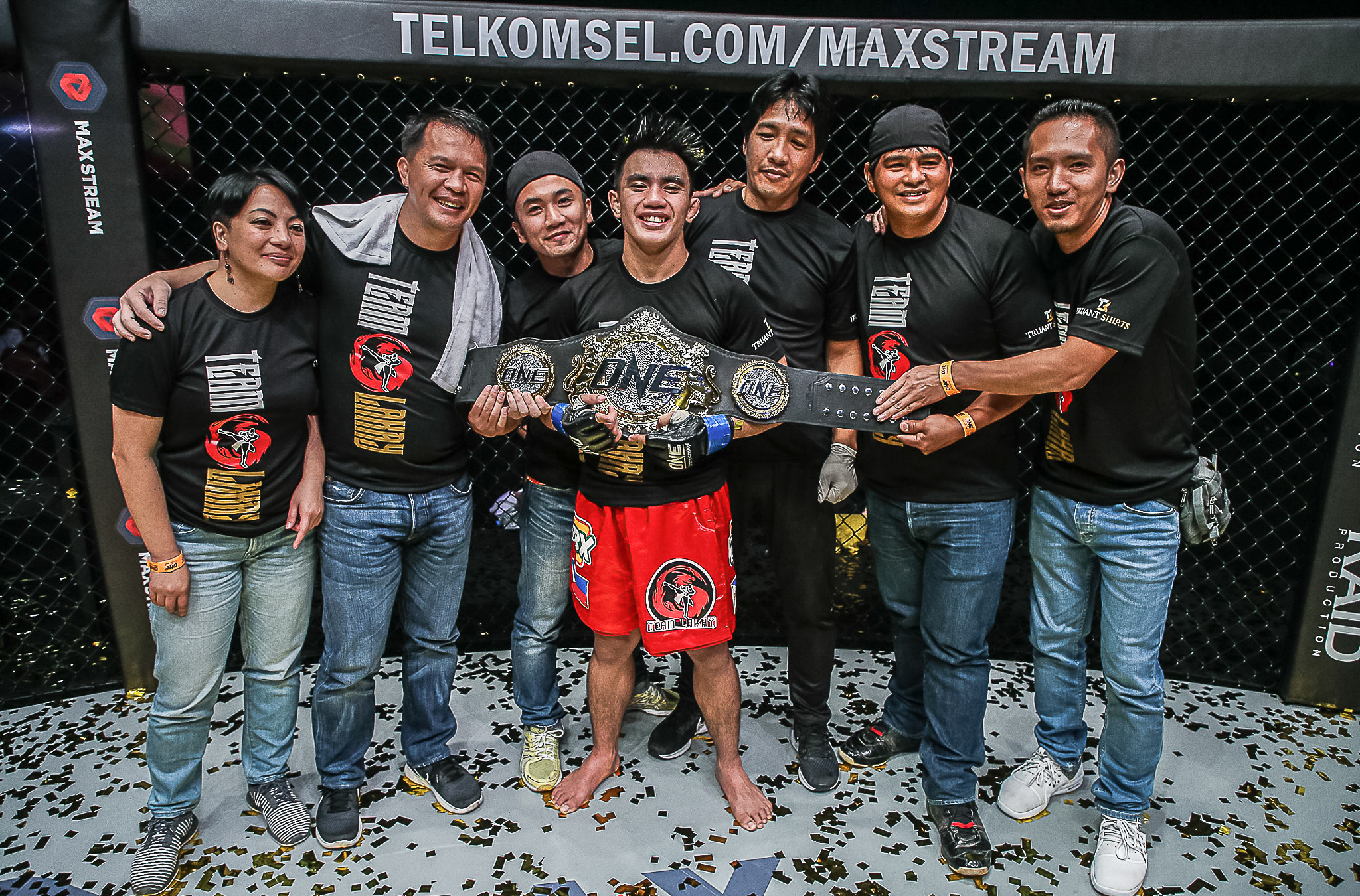 ONE Strawweight World Champion Joshua Pacio is excited and ready to defend title for the Philippines amidst being on the shelf for 17 months now.

The 25-year-old champion of Team Lakay was last seen inside the Circle against Alex Silva for the headliner of ONE: Fire & Fury. Pacio finished the night with a close split decision to retain his belt.

“The strawweight division is very stacked right now with the finest strawweight athletes in the world. I watch their bouts and I continue to learn them and from them. I know for sure that I need to continuously level up because I can’t stay idle. But that’s a challenge I’m enjoying,” shared Pacio.

“I’m more than thrilled to get back inside the circle as it’s more than a year since my last bout.”

The most active fighter of the stable has been shelved mainly because of the COVID-19 pandemic.

Yet for the young champion, staying at the peak of his game has been a daily mantra.

“It’s been tough for all of us because of this pandemic. But we’re not just a cage warrior, we’re also warriors in life. We have to deal with this and move forward,” said Pacio.

“We have been finding ways to train amidst the restricted movements we have now. We’ve already got back in the gym and we’re already doing what we are passionate about – a lot of drills, repetitions, and learning new techniques in MMA.”

Pacio is eyeing one man on his return to the canvass, wanting to finish the unsettled business with the no. 1 ranked strawweight contender, Yosuke Saruta.

“A trilogy with Saruta would be great, but it really depends with ONE Championship if who will be my next challenger,” said Pacio.

Nevertheless, despite who he faces in his return Pacio is always ready to take on the challenge, especially now that he is the only Filipino world champion in the Singapore-based organization.

“You can see a wider-ranging, more well-rounded Joshua Pacio in my future bouts. These are the things that we are working on in the gym,” said Pacio.

Pacio also has to show a great example to Stephen Loman and Jhanlo Mark Sangiao who has already signed into ONE Championship and are waiting for their debuts.

“I’m super motivated to get back and defend our title, especially that my other teammates have joined ONE Championship already. I’m very happy for them and for us, and you will see the next generation of Team Lakay athletes come in full force,” shared Pacio.