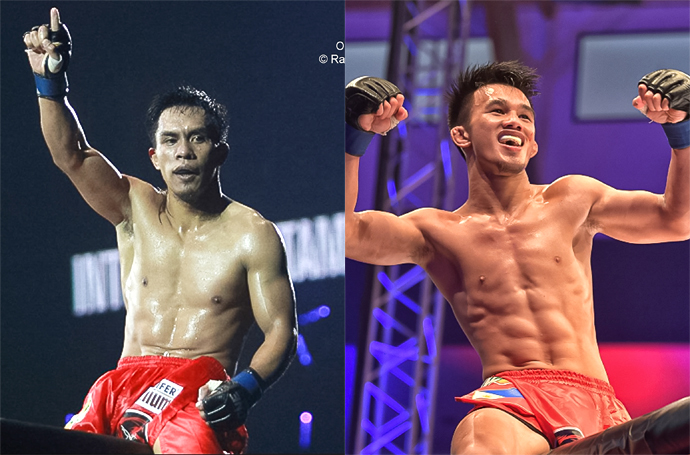 Former ONE Bantamweight World Champion Kevin Belingon knew very well that reputations hardly matter in in ONE Championship and the experience is very different.

“From experience, one of the biggest adjustments new fighters are going to face when they are entering ONE would be the feeling of settling in as they would be coming into a bigger stage and to a bigger promotion with more diverse and stronger opponents,” shared “The Silencer”.

Belingon wanted the 25-year-old newcomer Jeremy Pacatiw to understand that the level of competition in the Singapore-based promotion is different from other fighting organizations he has competed with before.

This is based on the veteran’s experience, cruising a 9-0 slate before ONE Championship but fell to Japanese Masakazu Imanari after a reverse heel hook forced him to tap out on his first fight in the promotion.

“I had a shaky start at the beginning of my career with ONE,” reminisced Belingon.

“As I have tested the waters and experienced first-hand how different the breed of sharks is in the promotion, it prompted me to become hungrier like those in the top of the division until I became one of them.”

After adjustments, realizations, and six years of gruesome climb, Belingon reached the peak of the division, scoring a split decision win against Bibiano Fernandes late in 2018 to add another world champion to the Baguio-based stable.

Belingon wanted to impart these words to Pacatiw implying that the division is not a walk in the park.

But then, Belingon also believes that “The Juggernaut” has already started adjusting to the level of competition in ONE Championship since he has been on the sidelines during his manongs´ fights.

Lastly, Belingon wanted to warn Pacatiw of all the high-level and skilled fighters in the division starting with Fernandes up top and John Lineker, among others.

Nonetheless, Belingon couldn’t help but smile seeing this infusion of youth to Team Lakay in ONE Championship, believing truly that the future is now.

“I’m happy and excited for him and the rest of the guys from the team that have joined ONE recently. I can’t wait to see them compete inside the Circle and show the world what the new breed of Team Lakay fighters can bring to the table,” Belingon concluded.