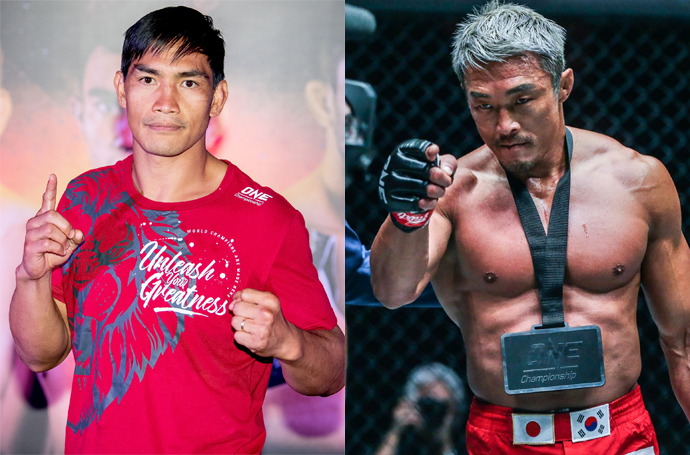 The Team Lakay veteran remains resistant to talks on retirement in spite of suffering five losses in his last six fights, and instead wants to test himself against the bests of the division.

Japanese-Korean icon “Sexyama” is on top of the Filipino’s list knowing that they have an unfinished business to settle.

“If given the chance to face him, of course I’d want to test him. I haven’t faced him before and I want to see how I fare against him,” Folayang said.

“Maybe in the proper time, maybe we’ll cross paths, and it will be an honor to finally face him.”

Folayang and Akiyama was supposed to meet at ONE on TNT IV but the latter suffered an injury during training which forced him to drop the fight.

Folayang knows that he can match up well with the legendary Akiyama.

“If that happens, I know I’ll be the sexier man after that match,” Folayang jokingly said.

Folayang was then faced off with Shinya Aoki to close the deal between the two. However Folayang was submitted on the first round of the match.

Despite losing the fight with Aoki, Folayang said that there is still gas left in the tank and his career is far from over.

The former kingpin of the lightweight division also has his eyes on the current ONE Lightweight World Champion Christian Lee.

“It’s still the champion. I still want to test myself against him in the future. I know that I am not in the position to call him out now, but still my eyes are on him,” Folayang said.

“I’ve seen how much Christian Lee has improved and grown through the years. I’m really impressed with how easily he transitioned from featherweight to lightweight, and from the tough opposition that he’s faced, he showed what he can truly do.”