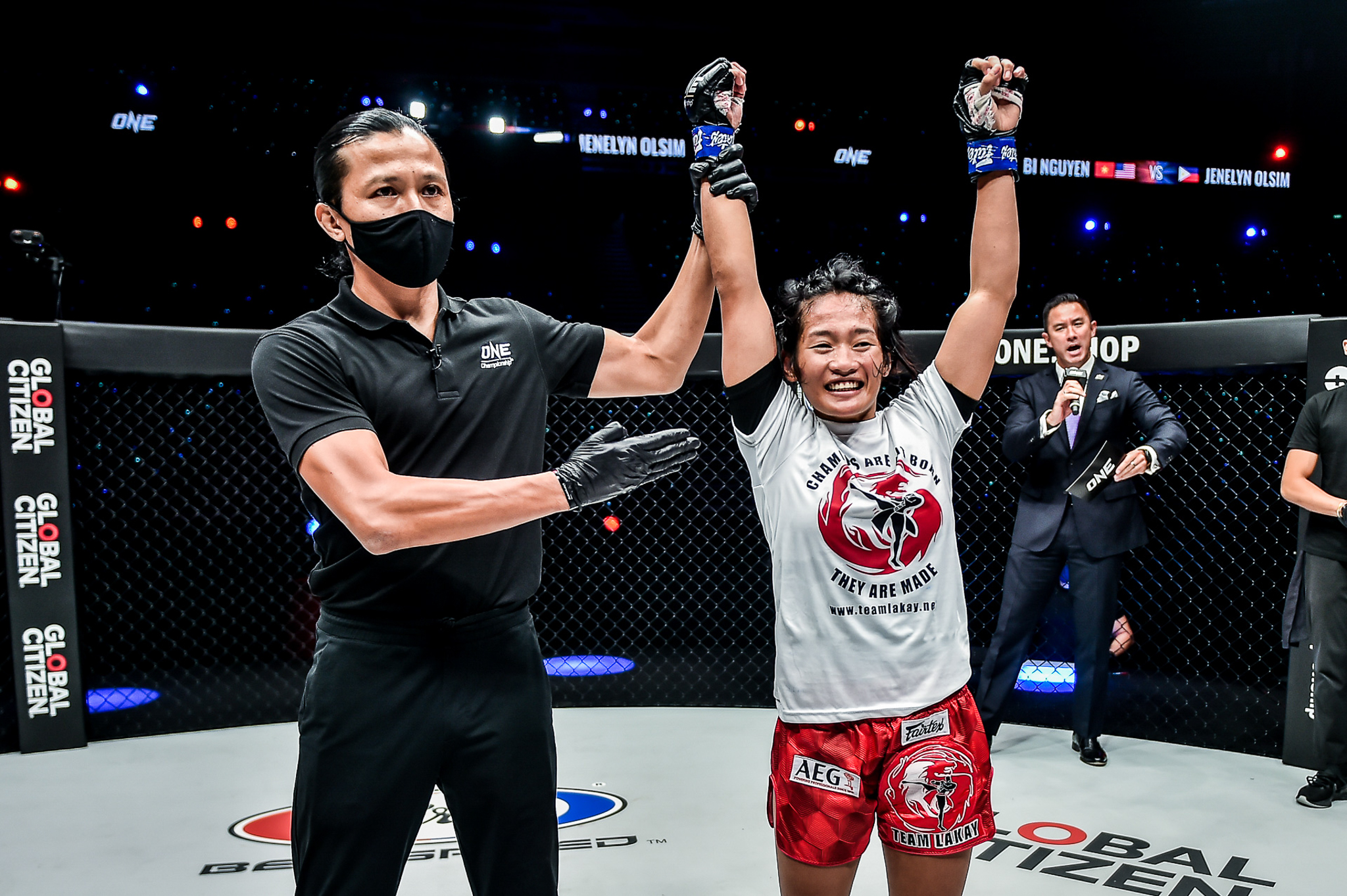 Team Lakay Jenelyn Olsim, teammate of ONE strawweight champion Joshua Pacio , is set to return to action in an atomweight bout against Julie Mezabarba at ONE 158: Pacio vs. Brooks on June 3.

The Filipina rising star is looking to bounce back from a disappointing loss to Indian wrestling superstar Ritu Phogat in  the ONE Atomweight World Grand Prix semifinals on ONE: NEXTGEN in October 2021.

Though losing only via unanimous decision, Olsim ponders on the downfall and considers it a stepping stone in her quest for greatness.

“Every day is a blessing for it allows us to refocus on what is important and what motivates us to keep going. Take full advantage of this blessing,” said the 25-year-old Filipina warrior.

Before facing Phogat, Olsim had two straight wins both of which were scored in dominant fashion.

Olsim made a huge statement in her debut, dropping Brazilian veteran Maira Mazar in the third round via submission. She also scored a unanimous decision win against elite atomweight contender Vietnamese-American star Bi Nguyen in the same year.

Olsim, indeed has the talent to  join the ranks of the veteran fighters in the division. With the back up from her fans, she has nothing to fear.

“Thank you everyone for believing and for all your support, you all inspire me. I will take full advantage of this moment to fight with all my heart!” she said.

Olsim, who’s one of the most well-rounded fighters in the atomweight division, is a veteran of many disciplines.

Currently, before her return to the Circle, Olsim is busy representing the country as a part of the Philippine national Vovinam team that will compete in the 2021 Southeast Asian Games in Hanoi.