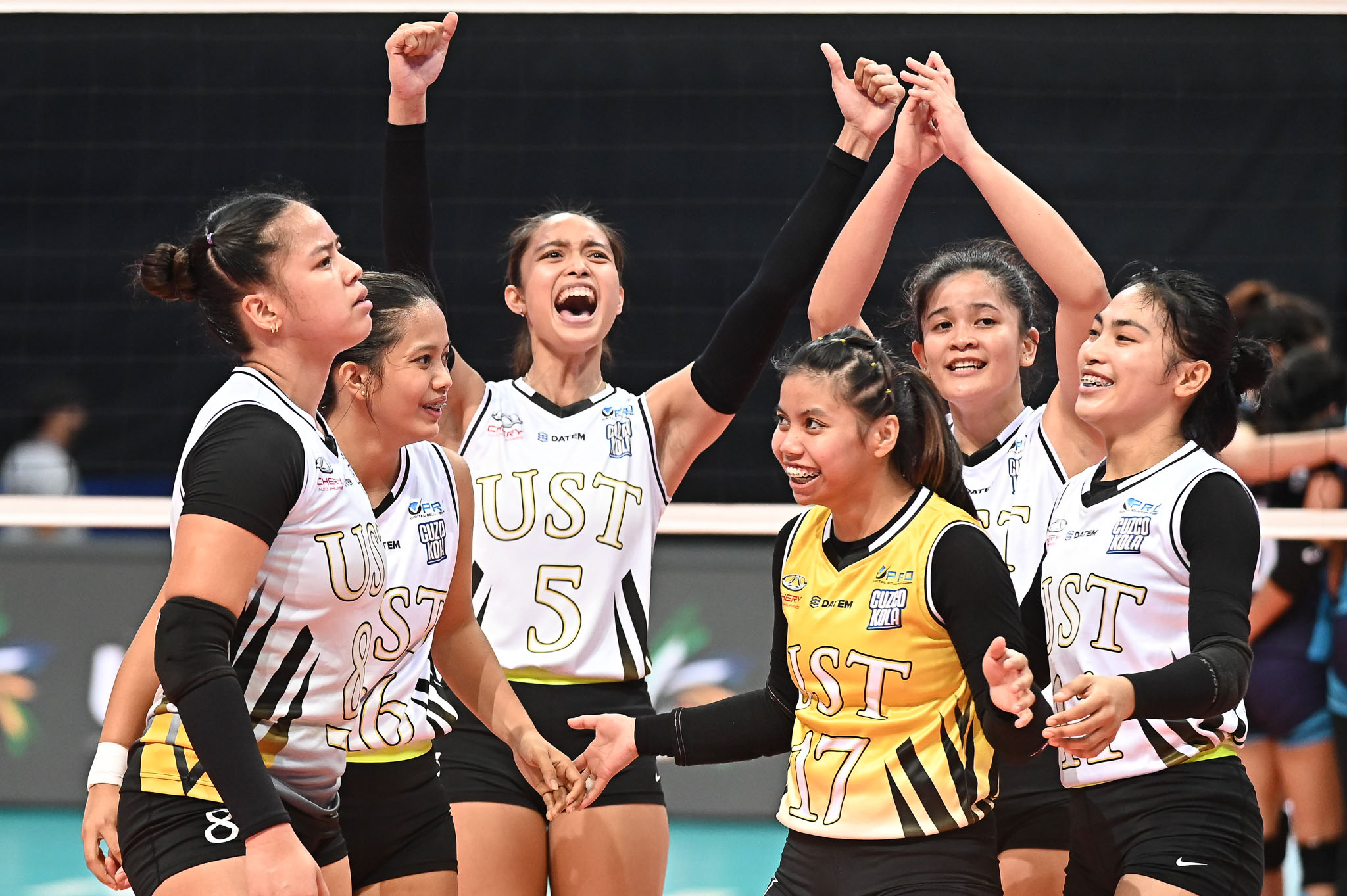 Former Rookie of the Year Eya Laure once again came out on top for UST, unleashing 23 points on 19 attacks and four kill blocks to carry the Lady Tigresses to their fourth win this season.

After a see-saw battle in the first four sets with UST and Adamson tied at 2-2 in the match, the Lady Tigresses took advantage of several miscues from the Lady Falcons in the fifth set.

In the deciding set, UST quickly built a 7-2 lead with the help of service aces from Ypril Tapia and well-placed attacks of KC Galdones. Adamson tried to keep themselves within range, inching closer to UST, 6-7.

Both teams exchanged attack points until the Lady Tigresses pulled off a 4-0 run down the stretch for a 14-8 cushion. Lucille Almonte saved one match point for Adamson but Laure ended the match with a strong crosscourt hit.

Ypril Tapia and Ysa Jimenez provided the necessary support to Laure in the game, with both spikers combining for 19 markers.

Meanwhile, it was still a team effort for Adamson as four players were in double-digits, led by Trisha Genesis with 15 points.

The win gave UST the solo third in the standing while Adamson is now tied with Ateneo at 3-3.