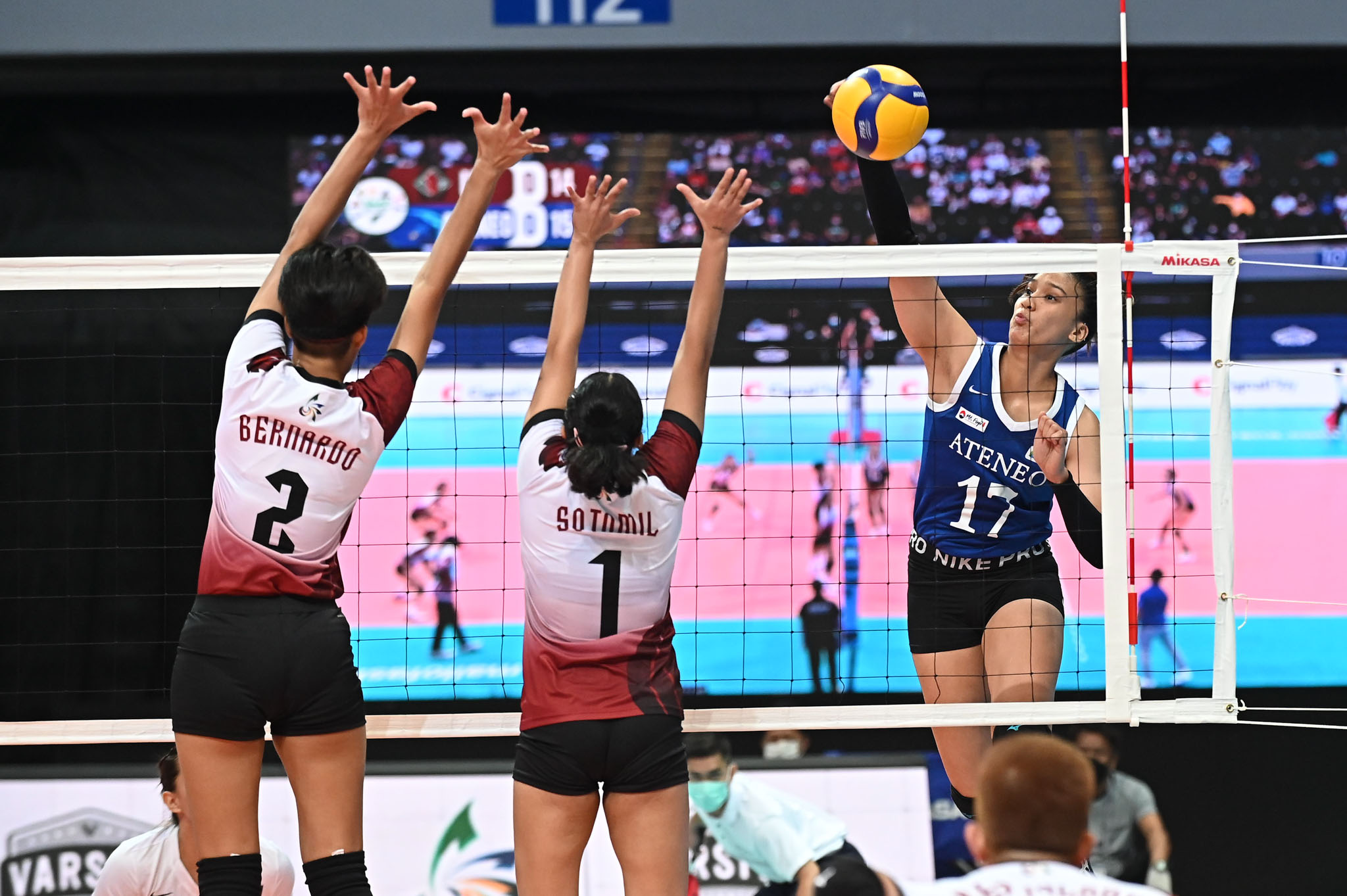 The Katipunan neighbors UAAP rivalry extended to the volleyball court after the Ateneo de Manila University Blue Eagles swept the University of the Philippines Lady Maroons, 25-23, 25-18, 25-18, in the UAAP Season 84 volleyball, Saturday, at the Mall of Asia Arena in Pasay City.

After a close first set, the defending champions maintained their lead in the succeeding frames. In the second set, Faith Nisperos led Ateneo in a 16-10 cushion which ballooned to 22-16. Alyssa Bertolano attempted to keep UP alive, but the supporting cast of the Blue Eagles Alexis Miner, Vanie Gandler, and Erika Raagas scored the last three points to seal the 2-0 advantage.

With the Lady Maroons being haunted by their unforced errors, Ateneo was able to capitalize to dominate the third set. A service error from Bertolano gave the Blue Eagles their second straight win this season.

Nisperos led the Blue Eagles with 16 points off 14 attacks and 2 kill blocks. Vanie Gandler was not far behind with 12 points, all of which came from attacks. Gandler has cited the support from the Ateneo community for her improved performance in this match.

“Yes, we had a slow start to the season, but they never failed to support us. So, we just wanted to give back and also wanted to gain our momentum coming to the season. We just wanna be slowly but surely improving and slowly gaining our confidence”, said Gandler.

The defending champs moved up the standing with a 2-3 card tied with FEU. While UP fell down to 3-2 tied with La Salle, UST, and Adamson. Meanwhile, NU continues to dominate the season with a 5-0 standing in the first round of eliminations. UE has yet to win a game this season.