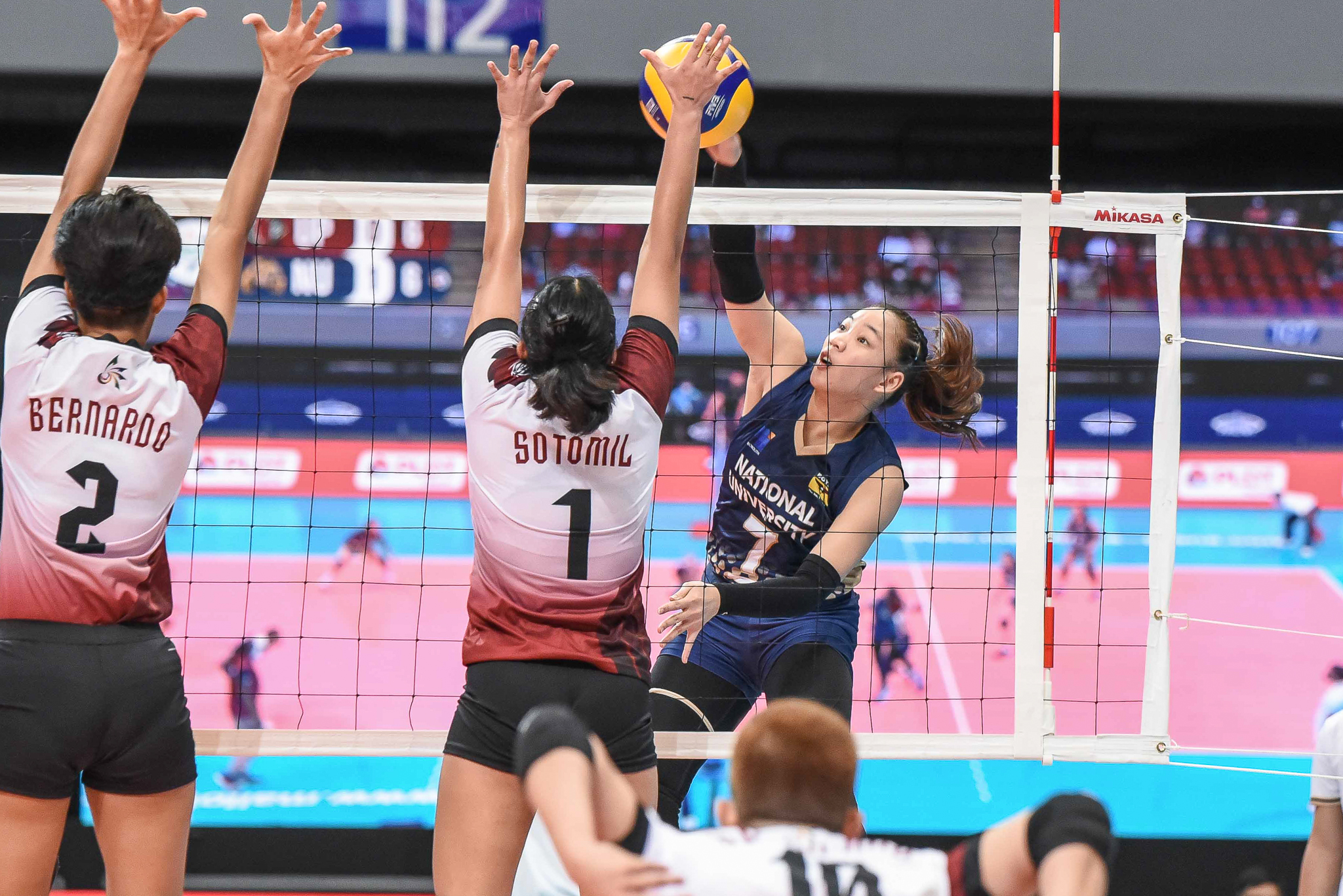 The National University Lady Bulldogs ended the first round of elimination with a straight set victory over the struggling University of the Philippines Lady Maroons, 25-10, 25-20, 25-15, in the UAAP Season 84 women’s volleyball, Thursday, at the Mall of Asia Arena in Pasay City.

Heavily favored to dominate the season, the high school championship core of NU has swept the first round, losing only two sets in their seven matches.

Michaela Belen and Alyssa Solomon teamed up for the Lady Bulldogs to demolish the Lady Maroons in the first set, 25-10. The Lady Maroons fought back in the second frame to keep themselves within reach, but the firepower of the National U was too much to handle, winning the set, 25-20.

UP had a 3-0 start in the third set, but the advantage did not last long as NU quickly adjusted to lead into the first technical timeout, 8-7. It was all NU from then on as Ces Robles and Ivy Lacsina took charge for the Lady Bulldogs. A service error from UP sealed the seventh win of the NU squad.

Michaela Belen led the Lady Bulldogs with 13 points on all attacks, whily Ivy Lacsina and Cess Robles had 11 and 12 points, respectively.

Nina Ytang was the stop scorer for UP with just seven points, with previously top scorer Alyssa Bertolano continuing to struggle, having been limited to single-digit outputs in their last match-ups.

NU remains the lone undefeated team in the elimination round, sitting atop the standings with a 7-0 record. They also ended the first round as the Best Spiking, Best Serving, Best Setting, and Best Receiving team.

The three top spikers in the league so far are also from the Lady Bulldogs with Robles, Belen, and Solomon leading the spiking category.