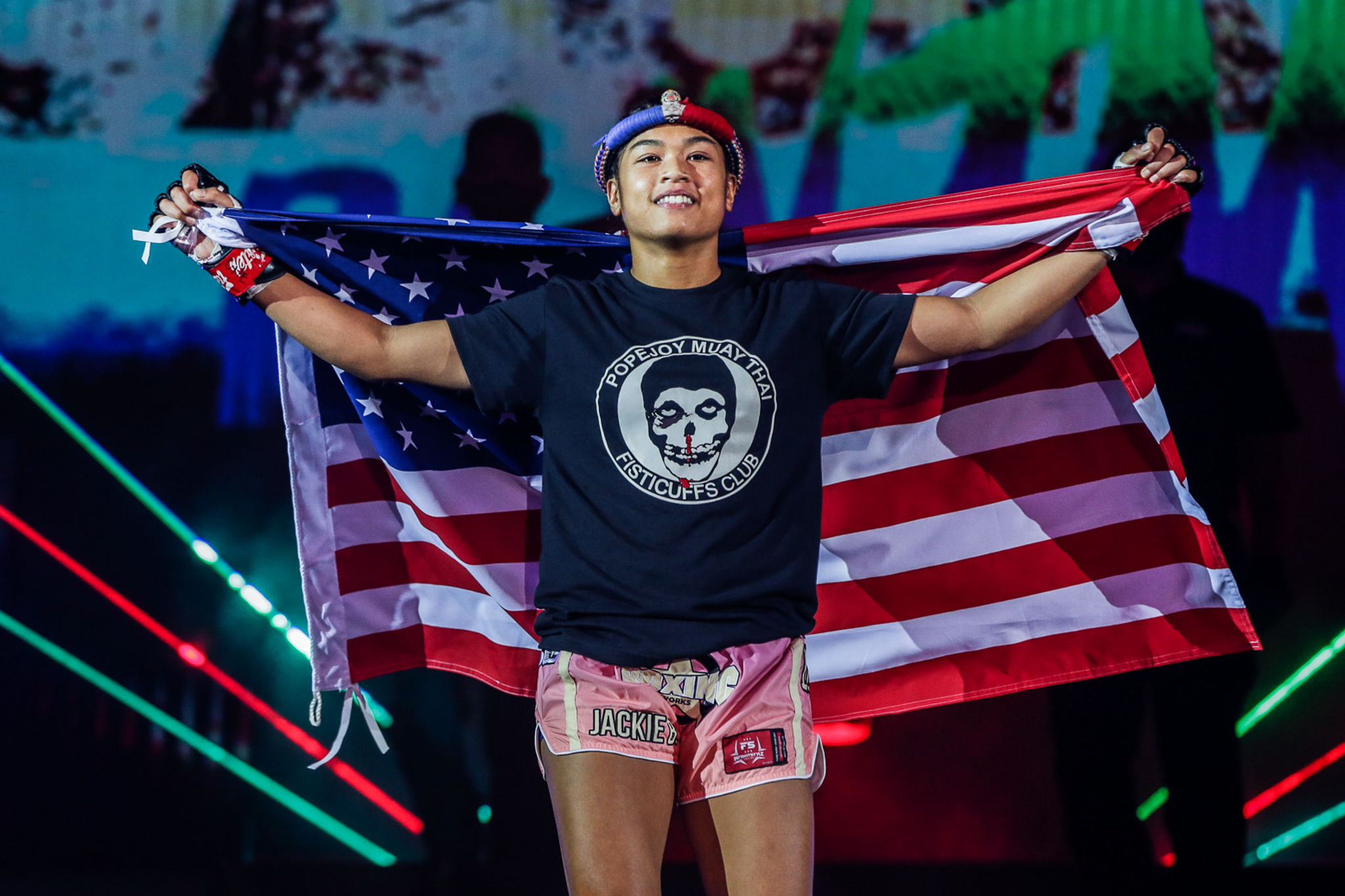 Filipino-American Jackie Buntan is getting closer to her dreams of becoming the best Muay Thai striker with the inaugural ONE Strawweight Muay Thai World Championship belt on the line against Swede Smilla “The Hurricane” Sundell at ONE: EERSEL VS SADIKOVIC on April 22.

And Buntan will do everything to prove that she is just that.

With the higher stakes, Buntan already has done her extensive assignment on Sundell, baring the secret weapon to taking down the Thailand-based Muay Thai fighter.

“As I watched Smilla’s debut performance, I noticed holes in her forward pressure, which will allow me to make her make mistakes. To become the strawweight champion, I will avoid playing into Smilla’s game,” the 23-5 Buntan said.

This fight is Buntan’s fourth outing under ONE Championship’s banner but Sundell’s aggressive approach changed the way she prepares for fights.

Despite the sound strategy, Buntan knows that the road to the peak is never easy, owing to the 32 career victories of Sundell, with 12 via knockout.

But Buntan is also confident that her experience will pave the way to her hanging that golden plated strap on her waist after the night.

“This fight is as much for me as it is for fight fans and my family. Becoming the ONE World Champion will only prove that I’m on the right path in the life I’m creating,” said Buntan.

“When I win the world title, there is an array of great fighters in my division. The division is still new, so I would like to see who climbs up the ranks.”

Aside from the heavy preparation, Buntan is also overjoyed to be a part of The Home of Martial Arts’ brand new step.

“Being able to compete for the inaugural [ONE] Strawweight Muay Thai World Title fills me with gratitude. I envisioned this moment for so long that I have to remember and be grateful for all the years of growth it took me to get to this stage,” said Buntan.

But before entertaining that thought, Buntan must overcome a battle-hardened fighter in Sundell, with whom she shared this message:

“Hello, Smilla. I look forward to meeting you in the cage very soon!”

Jackielou Buntan, Muay Thai, ONE Championship™ (ONE), ONE: EERSEL VS SADIKOVIC, Smilla “The Hurricane” Sundell