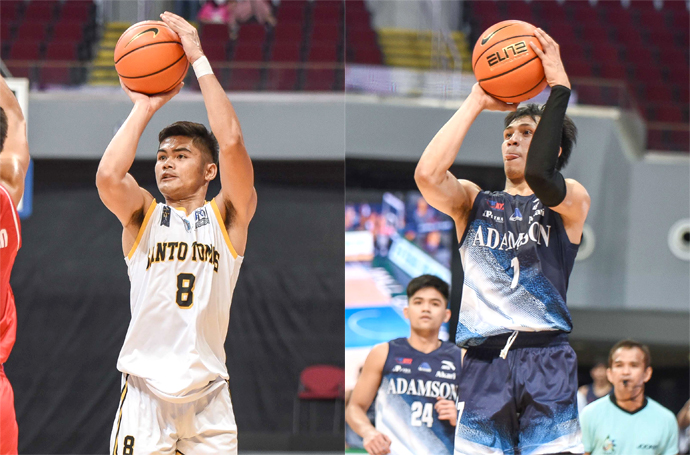 Adamson University and University of Santo Tomas proved they are not done yet with the UAAP Season 84 men’s basketball tournament, and took home their first wins in the second round of the basketball league.

The University of the Philippines (UP) defeated National University (NU), 84-76, to open the second round of the tournament with their seventh straight win.

Ricci Rivero, Joel Cagulangan, Carl Tamayo, and Zavier Lucero exploded back-to-back baskets for a 10-0 run, 78-66, 3:55 left on the clock. NU was never able to catch up as time ran out.

Tamayo led UP with a career-high double-double 21 points, 10 rebounds, along with three steals, while Lucero had 16 markers, eight boards, and three blocks.

Rivero added another 16 points, six rebounds, two assists and a steal to the win as the Fighting Maroons improved to 7-1 for second seed in the team standings.

On the other hand, Clemente led NU with 18 points, while Reyland Torress had 15 markers, four steals and four rebound. NU stays in fourth place with a 4-4 slate.

Adamson University (AdU) escaped Far Eastern University (FEU), 64-63, to end their five-game losing skid in the tournament.
With 10 seconds left in the game, Adamson trailed by two, 61-63, when Jerom Lastimosa passed the ball to rookie Matty Erolon, who drilled the go-ahead triple that sealed the win.

“Now we know how coach Olsen felt that last time we played them. We gave everything that we’ve got,” said Adamson head coach Nash Racela, noting their 66-65 loss from the FEU last April 7.

Lastimosa paced Adamdon with 17 points and eight rebounds, while Erolon, who only played 12 seconds, had five markers.

On the other hand, Ljay Gonzales led FEU with 20 points, five rebounds and four assists, while Emman Ojoula added a 13-point, 17-rebound double-double.

Adamson improved to 2-6 for seventh place, while FEU dropped to 3-5, still at fifth.

University of Santo Tomas (UST) won against winless University of the East (UE), 72-61, to end their three consecutive losses.

UE’s Harvey Pagsanjan shot a triple to inch within five, 61-66, 3:46 left. But that would be the Red Warrior’s last point as UST’s defense held on and stopped UE from scoring.

Dave Ando had 16 points on 7-of-12 shooting, along with 12 rebounds. Big man Sherwin Concepcion also had a double-double of 17 markers and 11 boards as UST joined fifth with FEU at 3-5.

On the other hand, UE’S Kyle Paranada finished with 17 points, and Pagsanjan had 16 markers in as UE remains winless.