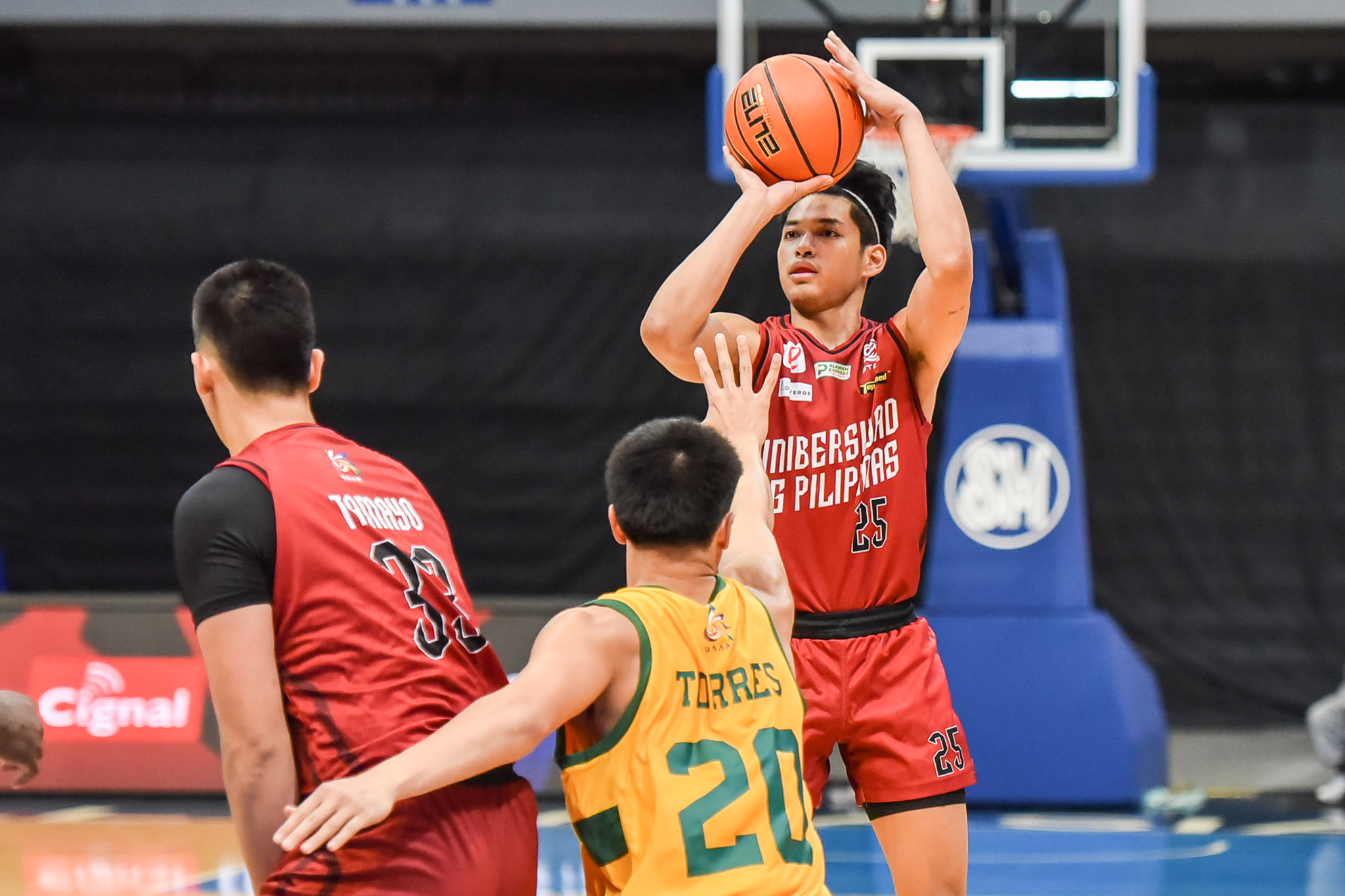 University of the Philippines (UP) cruises to its 8th straight win in the UAAP Season 84 Senior Basketball Tournament after a 73-70 victory , Tuesday at the SM Mall of Asia Arena.

University of the Philippines (UP) survived Far Eastern University (FEU) to keep their winning streak alive.

FEU had a chance to take over the game, but RJ Abarrientos missed both of his three-point attempts as time ran out.

On the other hand, Emman Ojuoila led the Tamaraws with a 16-point, 14-rebound double-double, to go with three steals and two blocks as FEU dropped to a 3-6 slate.

The De La Salle University (DLSU) whipped University of Santo Tomas (UST), 112-83, to improve to a 6-3 slate for the third spot in the team standings.

The 6-foot-4 guard, who previously played for Division I school Central Michigan University, had 19 of his total points in the third quarter that boosted that Green Archers for a 25-lead, 86-61 to enter the fourth quarter.

“It was a total team effort for us today,” said La Salle mentor Derrick Pumaren. “We were able to execute.”

Paul Manalang led the Growling Tigers with 14 points. Bryan Santos returned from his suspension with 13 markers and seven rebounds as UST dropped to a 3-6 win-loss record, and tied with FEU for fifth.

Ateneo de Manila University (ADMU) stays unbeaten after winning over the University of the East (UE), 76-63.

Only up by three in the first quarter, the Blue Eagles went on an 18-point run and limited the Red Warriors to just two points in the second quarter, 38-20. UE was able to cut the deficit to 10, but the defending champions were able to put a stop to the bleeding and cruised to their 9th straight victory.

“UE and Coach Jamike (Jarin) always play a spoiling role. We did enough to win but we’re not happy with the efficiency of our offense,” said Ateneo head coach Tab Baldwin.

“We’re happy that in the second round, we’re learning how to win,” said Adamson head coach Nash Racela. “The first round really helped us in growing and today, naipakita nila.”

Shaun Ildefonso shot a corner trey to cut the Bulldog’s deficit to three, 55-58, but Adamson’s defensive play by Janjan Felicilda, Jerom Lastimosa, Joem Sabandal, and Matty Erolon led the way for the Soaring Falcons to seal the win.

Lastimosa finished with 17 points, five rebounds, four assists, three blocks, and two steals, while Didat Hanapi added 13 markers. Keith Zaldivar chipped in 10 points and four rebounds as Adamson improved to a 3-6 slate to tie for fifth with FEU and UST.

On the other hand, Janjan Felicilda had 13 points for NU as they slid to 4-5 for fourth place.