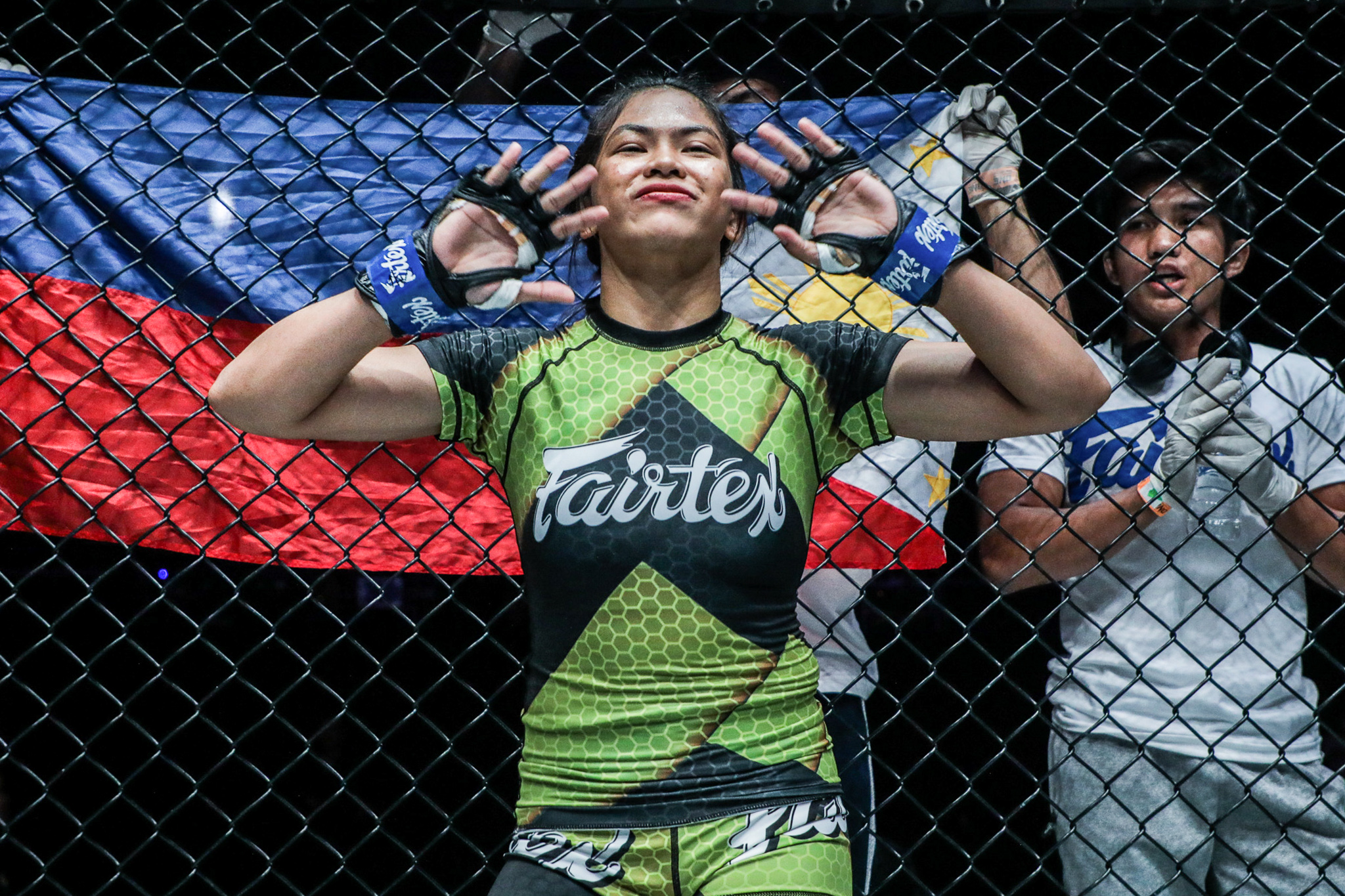 No. 1 atomweight contender Denice Zamboanga could not afford to stay silent after no. 2 Meng Bo’s round two knock-out claim should they meet inside the Circle.

Zamboanga took the time, in her busy schedule to clap back at the Chinese fighter’s bold prediction.

“It’s cute that she thinks she can knock me out in two rounds. Meng Bo likes to talk a lot. But talking doesn’t win you fights. She’s just asking to be humbled. Sooner or later, we will see each other in the Circle and the talking will be over,” said the 24-year-old Filipina stalwart.

“I’d like to see her try, let’s see what happens.”

After winning against Samara Santos in ONE: UNBREAKABLE, the Chinese fighter dug out at Zamboanga and confidently assured her fans that two rounds are enough for her to take down the Filipina superstar.

“If we were in the ring together, without a shadow of doubt, I would beat her (Zamboanga) up and take her spot as the #1-ranked atomweight in the division,” Meng was quoted as telling the media.

“Denice is a stubborn and tough fighter, but if I was to identify her strength, she’s only good at punching, nothing else. I think my stand-up fighting techniques will be enough to give me the victory. I’m pretty confident that I can finish Denice with a flurry of punches and knock her out within two rounds.”

As the weight division’s top contender, both are trading heated punches inside and outside the Circle just before the ONE Atomweight Grand Prix, where they are both expected to compete.

ONE Championship Chairman and CEO Chatri Sityodtong announced late last year that the winner of the tournament will go on to challenge reigning ONE Atomweight World Champion “Unstoppable” Angela Lee when she returns from maternity leave.

Nonetheless, Zamboanga doesn’t want to give a bold prediction like Meng but instead, let her performance inside the Circle do the talking.

“You’ll just have to wait until we are together in the Circle. I don’t really like to talk much unless provoked. I prefer to do my talking in the fight. I think it’s going to be a surprise for everyone,” Zamboanga concluded.

“I just want to get back in there and compete.”