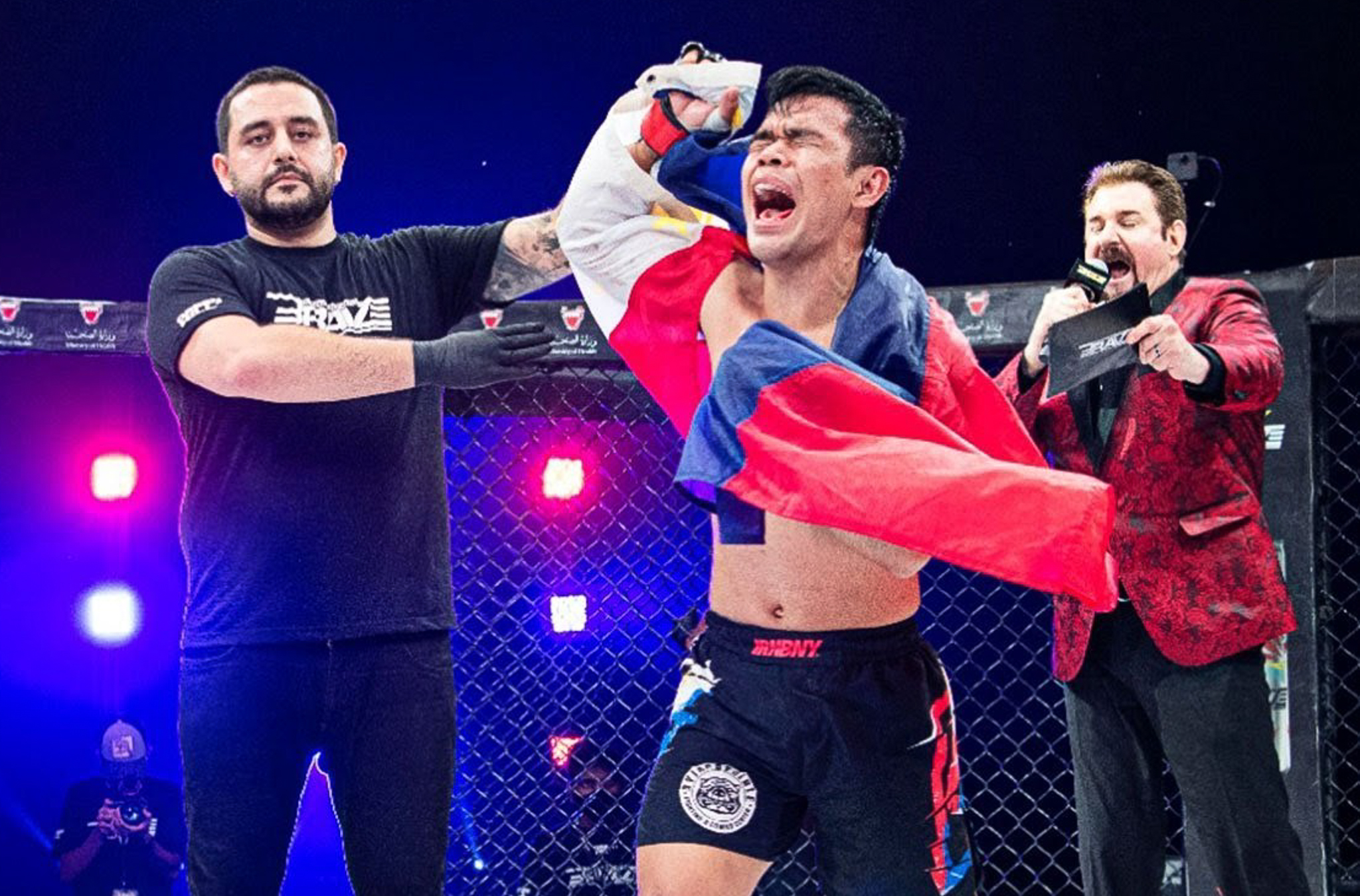 Filipino superstar Rolando Dy wants to continue his momentum into a title shot after clinching stellar victories over two of the division’s top contenders in BRAVE Combat Federation’s last year.

Dy bagged the BRAVE CF Fighter of the year in 2020 after moving up to lightweight and immediately scored impressive wins. Yet, “The Incredible” thinks that his trophy room is still lacking.

For Dy, the golden plated belt of Amin Ayoub will complete his collection, however the road seemed dark as the waiting list for title contention is packed with big names.

Ahmed “The Butcher” Amir (11-3-1) re-established his name in the queue after winning his last two bouts. The Egyptian fighter barged-in at BRAVE CF 44 to notify Ayoub of his intent to strip him off of the belt.

Another impressive lightweight is Kyrgyzstan’s Abdisalam Kubanychbek (16-2) who also has his eyes on Ayoub’s throne. “Omok” is riding a huge wave of nine-fight winning streak where seven of those are coming from submission or knock-out.

However, before Ayoub, Kubanychbek declared his intent to have a date with Dy inside the BRAVE Circle.

Last but the least on the list is Team Crossface standout Sam Patterson who owns a 6-1-1 slate as a pro and is currently riding high on a five-match winning streak. After knocking out Felipe Silva, the Englishman accomplished the biggest win of his young career.

Yet, Dy is always ready if BRAVE believes that he still needs to fight another title contender and prove that he is the alpha male of lightweight.

“If BRAVE CF thinks I have to prove it again, then so be it. I am a fighter, and my job is to fight and win fights. Like I said in the past, line them up and I will keep knocking them down. It’s that simple,” said Dy.

Dy hinted his return with the organization is expected to be announced in its next live event this coming days.