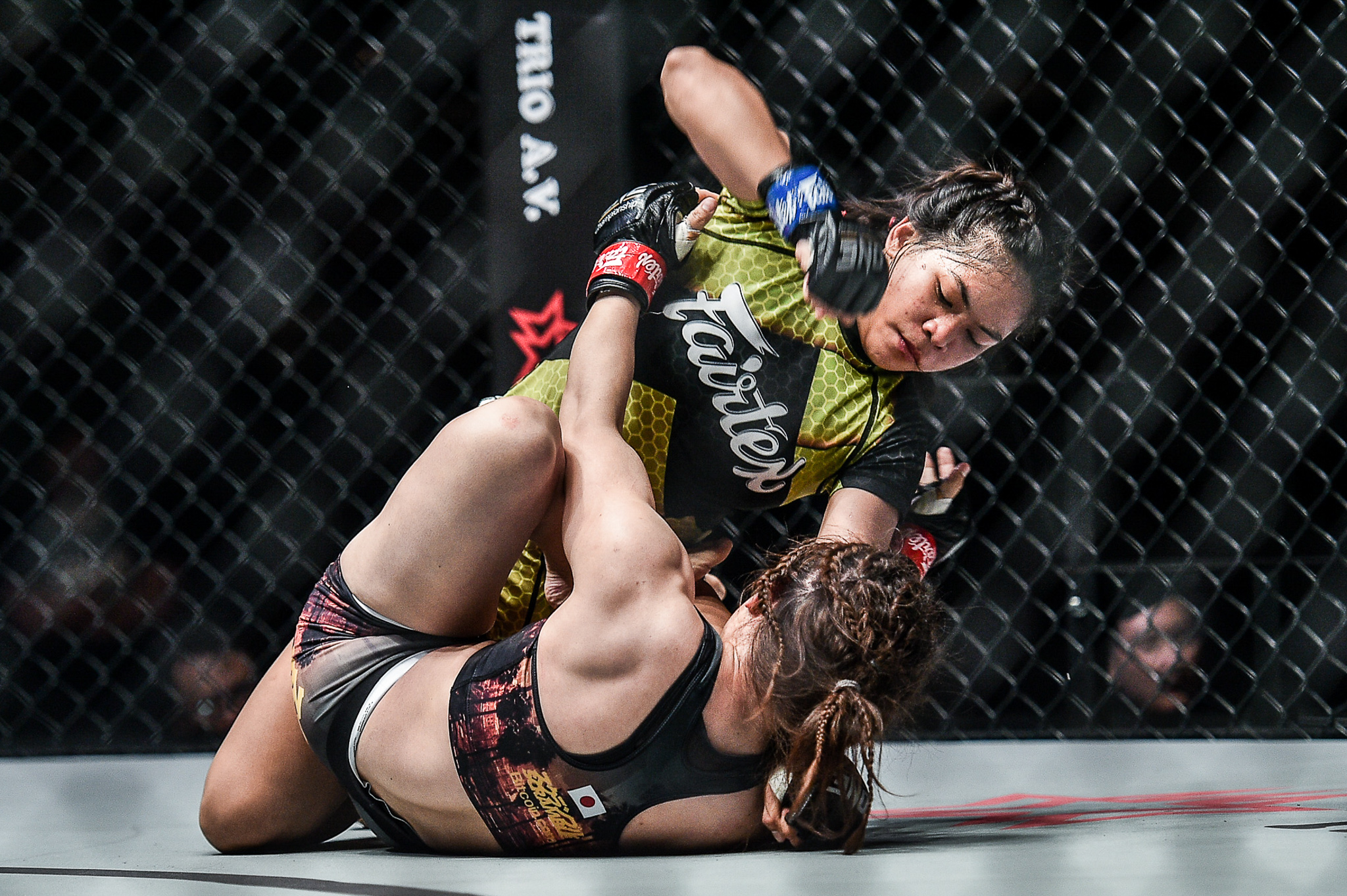 Denice Zamboanga has accepted the challenge and set her eyes on winning the Atomweight Grand Prix next year as an answer to reigning ONE Women’s Atomweight World Champion “Unstoppable” Angela Lee’s call last week.

Lee called out to Zamboanga in a media interview saying that she is not enough to be hailed as the No. 1 contender for her title, urging Denice to prove herself in the Grand Prix instead.

“I think that Denice should have to face the top 10 girls first to truly prove herself as the number one contender, and the ONE Atomweight World Grand Prix Championship is the perfect way to do that,” said Lee.

But the unbeaten Zamboanga, who currently sits with 8-0 fight record was confident with her words, making a huge statement that she will win the tournament all the way to taking the World Title.

“To all the other female fighters who will be competing, it will be an honor to face you all in this tournament. A lot of people want to see me and Angela fight, so I will get the Grand Prix belt and then I’m on to the Atomweight World Title at the end of 2021,” said Zamboanga.

Zamboanga previously bravely told pregnant Lee to vacate her title but now has to take on seven other athletes to have a shot at the belt.

“I am so pumped for this tournament. I’m looking forward to competing for this ultra prestigious title. This will be the most challenging competition that no female fighter in ONE Championship history has ever faced,” said Zamboanga.

Being the No. 1 in ONE Championship’s Women Atomweight Athlete Rankings, Denice is expected to be a part of the eight competing athletes as details of the tournament including dates, venues and confirmed list of participating athletes have yet to be released by ONE Championship.

For the meantime, Zamboanga puts the war of words aside and wishes Lee a safe and happy pregnancy, as she begins preparations for the Atomweight Grand Prix.