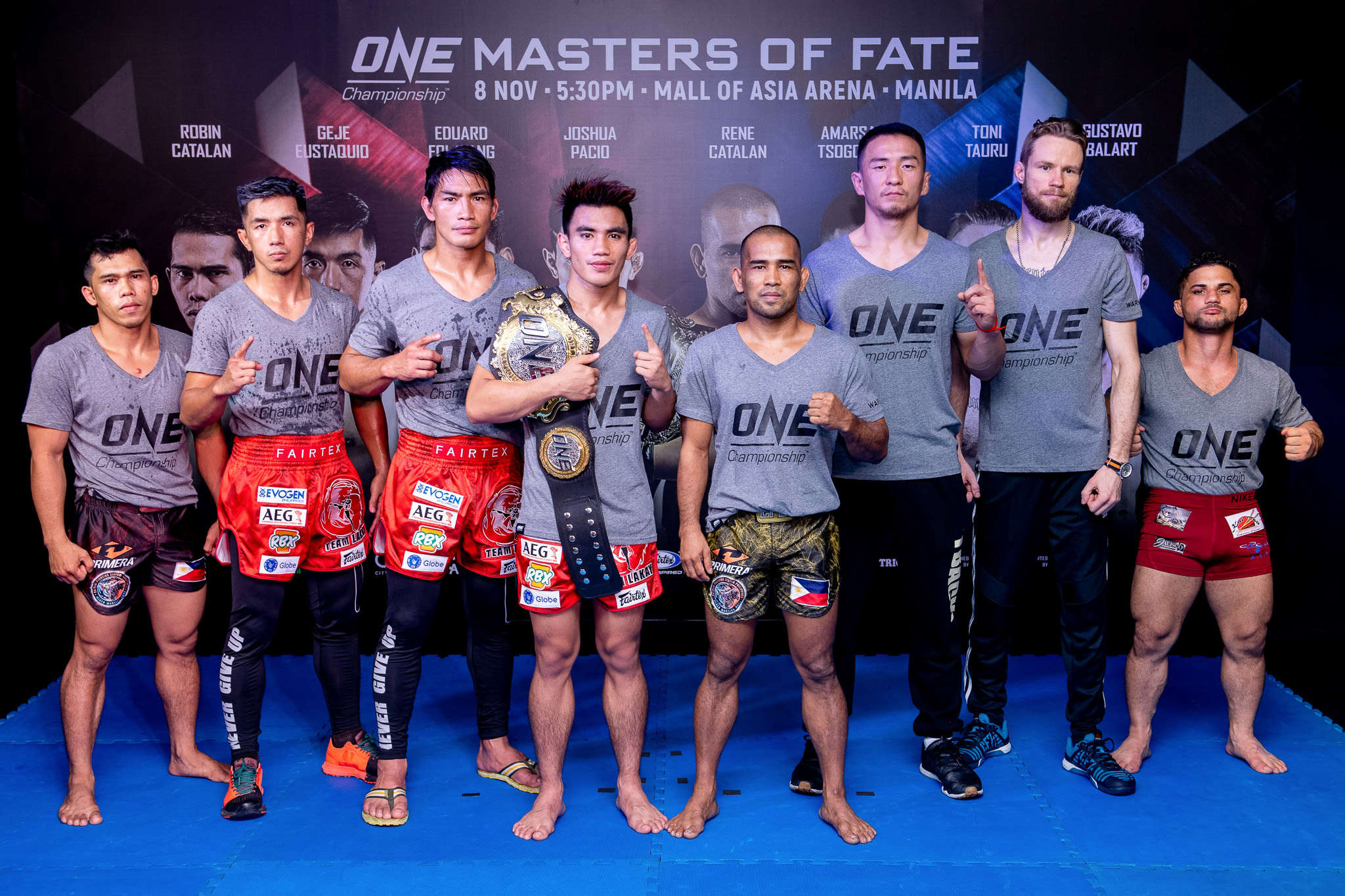 After a three-month wait, the Filipino fighting crew looks to redeem itself from its disastrous homestand as ONE Fighting Championship returns tonight with Masters of Fate at the Mall of Asia Arena.

Seeking to get back from its tragic defense at Dawn of Heroes, an all-Filipino showdown was the main event as grappler Rene Catalan battles defending champion Joshua Pacio for the Straw-weight belt, highlighting the intense rivalry between the two wushu hotbeds in Benguet and Iloilo.

With just the second fight in ONE history to feature both Filipinos, Pacio respects the elder Catalan as he enters the title bout on a six-match winning streak.

“I am expecting only the best from him,” said the Team Lakay stalwart, who clinched the belt with a head kick knockout in their rematch with Japan’s Yosuke Saruta last April.

Meanwhile his challenger will make the use of every opportunity, as it only came rarely into his career as he wanted to put another feather into his cap after striking gold in every wushu competition that he took part.

“I know chances like this don’t come often, so I’m giving this everything I have. I don’t plan on leaving the Circle without that belt. “

Apart from Rene, his younger brother Robin is part of the fight night, as he tangles with Cuba’s Gustavo Balart in the other straw-weight bout in the undercard.

Fearless as ever, Catalan does not even care who he faces, even against the former Pan-American champion wrestler.

“I’ve put a lot into this camp, and I am fixated on getting the victory,” he said.

Also in the main card was the Lakay’s main lightweight Edward Folayang, who waited for his return to the cage after being floored by Eddie Alvarez in the opening round of their Grand Prix semifinal three months ago.

Said Folayang, “I’ve been in this situation before and I know what I need to do. I’m a veteran of this sport, and I’ve been doing this for a long time,” as he faces Mongolia’s Amarsanaa Tsogookhuu in a three-rounder.

Flyweight Geje Eustaquio will be at the ring as well, as he solidified his tag as the “Rematch King” when he seeks revenge against Toni Tauru, three years since the Finn sucked everything out of the Pasay arena when they were in the bantamweight division.

Like The Landslide, “Gravity” hopes to get back on top after getting knocked out by Yuya Wakamatsu’s right hand on Dawn of Heroes.

“I’m coming into this next bout with something to prove. Things haven’t gone my way this year, and I’ve had a lot of learning opportunities.”