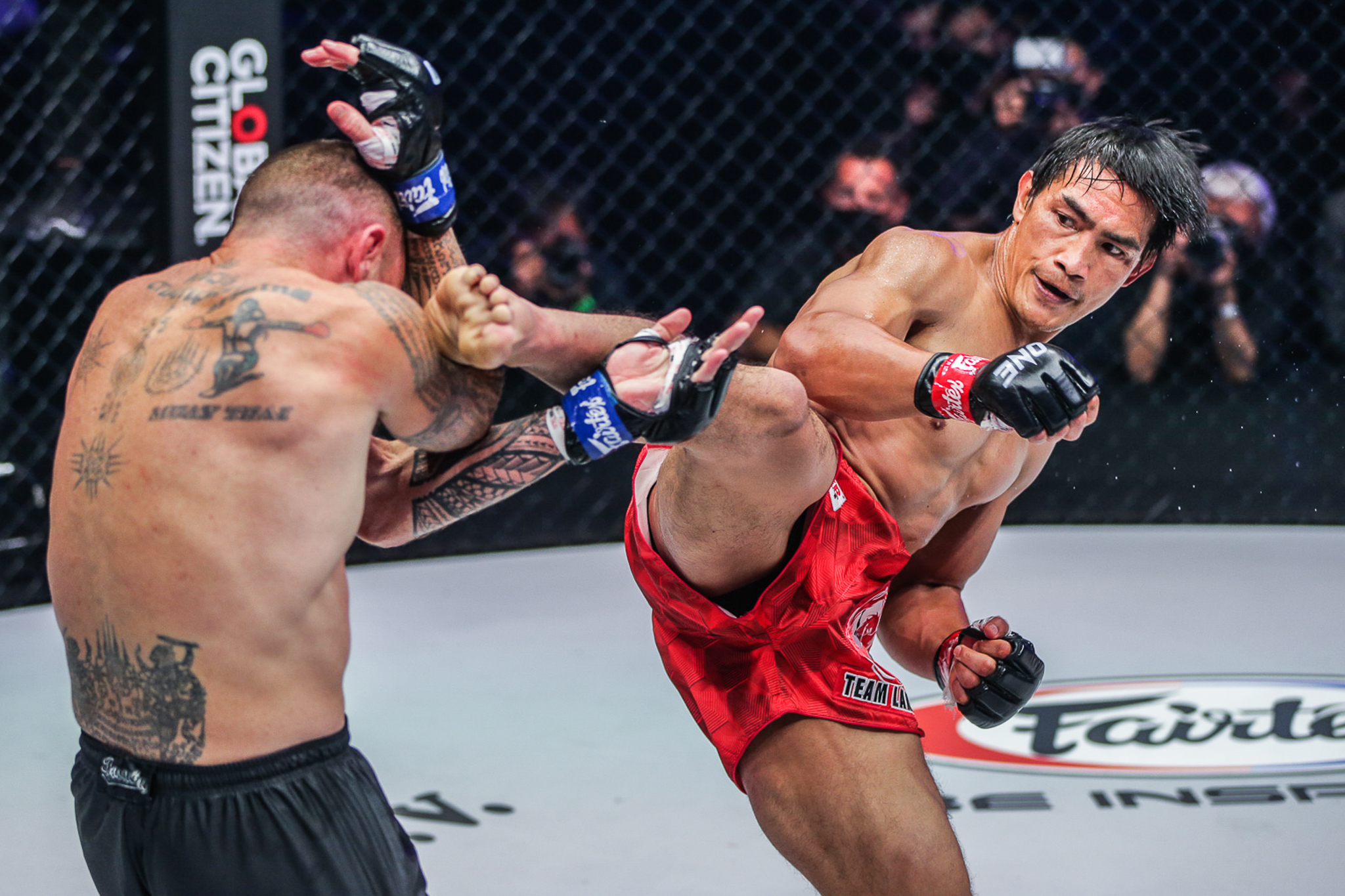 Filipino MMA legend Eduard Folayang defied the odds after scoring an outstanding unanimous decision victory over Australian John Wayne Parr in a Muay Thai showdown at ONE X on March 26.

Folayang, despite fighting in MMA all his years in ONE Championship outscored Parr in his own sport, spoiling his more than three decades of Muay Thai experience.

In spite of the doubters, stablemates Joshua Pacio and Jhanlo Sangiao were confident that their manong Ed would surely win the contest.

“Even before the fight, I already knew that manong Eduard would win. I saw how he prepared. He and the team drilled well for his fight, and they studied his opponent thoroughly,” Sangiao said.

“Since the training camp of manong Eduard, I knew that he was going to win. I could read his eyes, the determination, and [his] need to prove something to the world,” shared Pacio.

Indeed, Folayang was hungry for a victory after the recent setbacks, with his last win going way back in Nov 2019 against Tsogookhuu Amarsanaa.

“The Gunslinger” was also tenacious at the final round, landing a knee for a last-ditch effort to claim what would have been his 100th career victory.

Yet Folayang managed to hold on, thwarting the retirement fight of Parr.

“I think [Parr] caught kuya Eduard with a nice knee. The world knows that both of these guys are warriors, and they’re going to throw everything left in them in the final round, especially for Parr because it was his farewell fight. And honestly, that was the fight of the night right there,” Pacio said.

While this was the first all-striking battle Folayang has had during his 10-year career with ONE, Pacio and Sangiao credited his wushu background to completing the fantastic performance.

“I think the footwork we have in wushu hugely helped manong Eduard. He was not stationary; his movement was in and out, throwing shots, and his hands were finding a home,” Pacio said.

“His wushu skills and background helped him hugely. Remember that he was a multi-gold medalist in wushu, so he could catch up with a Muay Thai legend,” added Sangiao.

Pacio also presented the capability of Folayang in competing both in MMA and ONE Super Series instead of retiring as what most of his critics always point out.