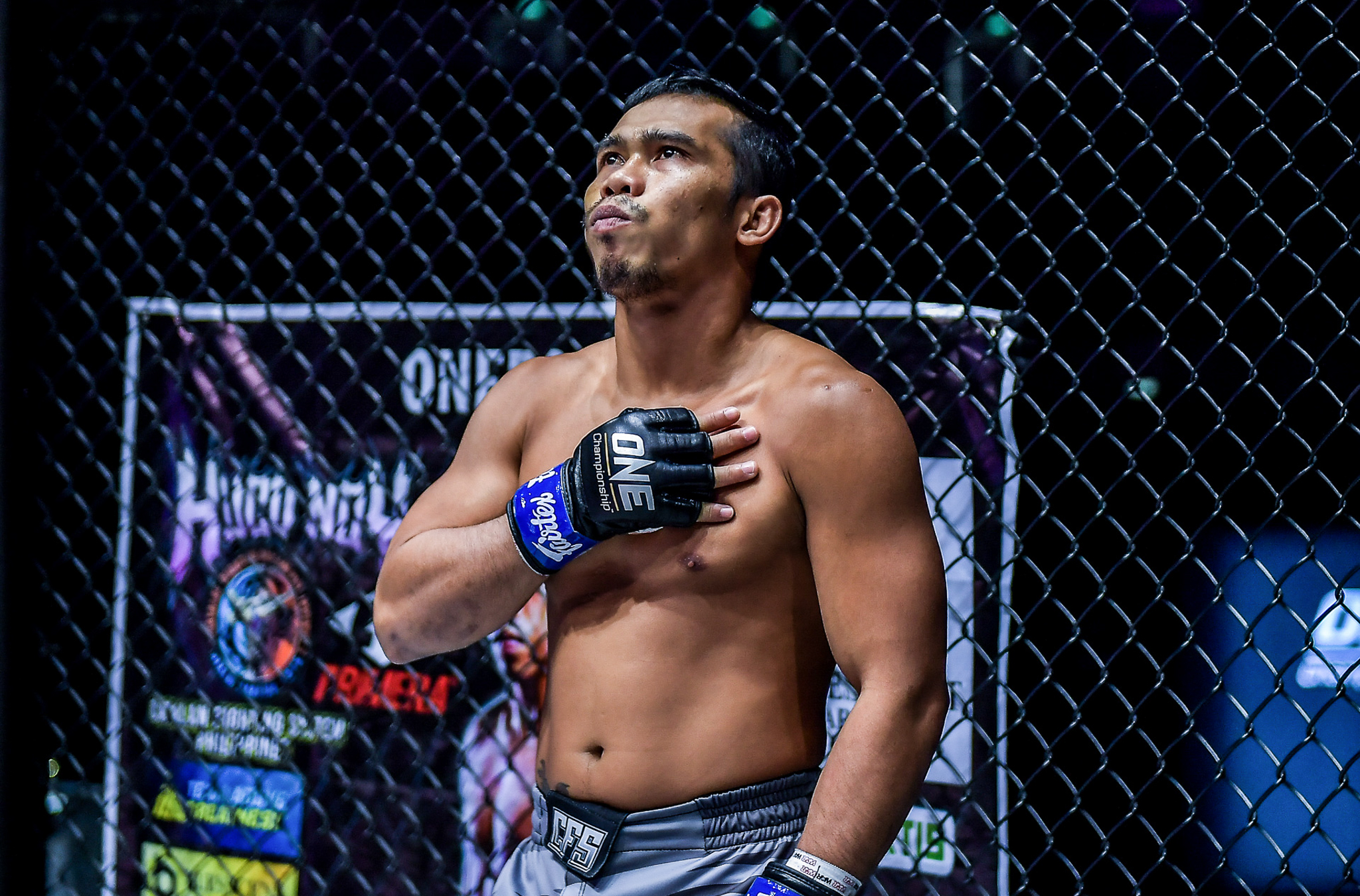 Robin Catalan seeks to begin the new year on a winning note in his return to the Circle where he is set to clash against Elipitua “The Magician” Siregar on January 14 for the ONE: HEAVY HITTERS card at Singapore Indoor Stadium.

Despite coming in as an underdog, “The Ilonggo” is eager to show a new side to him after changing his game “100-per cent”.

“I’ve kept on training and waiting for more than a year before I got the call for this next fight. And now that I know what’s next, I’m so eager to bounce back stronger,” said Catalan.

Indeed, Catalan needs to bounce back after a heartbreaking rear-naked choke by Ryuto Sawada last February at ONE: UNBREAKABLE 3. The 33-year-old found himself tapping just 40sec before the end of the first round.

But it’s a memory he’s choosing to forget considering the situation he was in heading into that bout.

“In that last fight, I can say that it was bad timing because I injured my right hip a week before the fight,” he said.

Now that he’s fully rested and in a better position, Catalan looks to score the hat trick against another Indonesian top strawweight.

“I am hungry like a lion. I know that this time, it will be different and I want to get the win,” expressed Catalan.

A win against Siregar will definitely be a huge push to Catalan’s journey which is why he’s doing his assignment diligently.

“We’re focused on his wrestling and his Brazilian Jiu-Jitsu because I know that’s the forte of his team. It’s those things that I have to be very careful of,” shared Catalan.

“My goal this year is to be no. 1 [in the ONE Athlete Rankings] to have a chance to fight for the title belt. It starts in this match and I can say that this will be like a war of lions.”

Still, this presents Catalan his best chance to show that he has what it takes to be considered as one of the legitimate threats in the strawweight division.