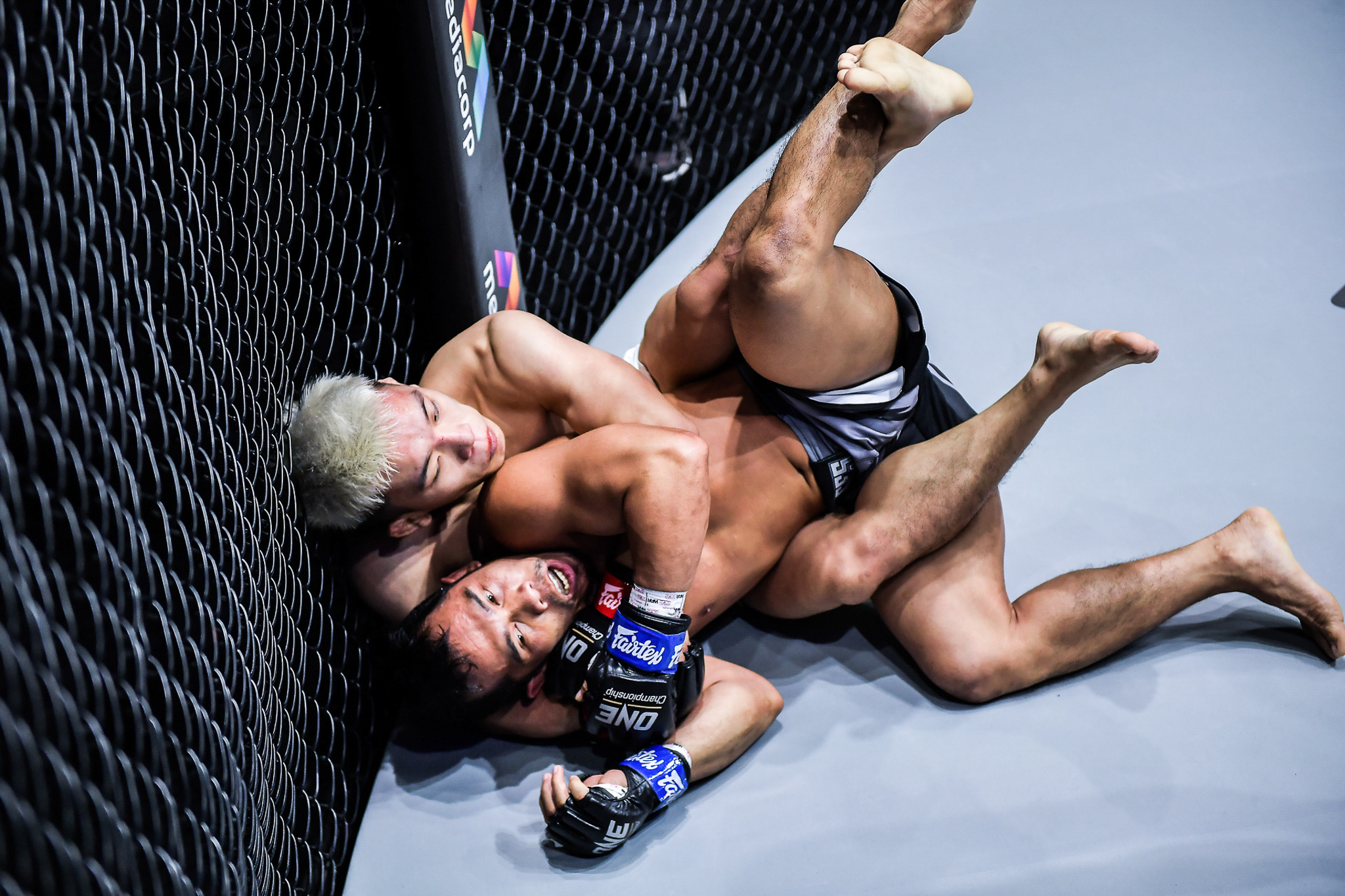 Japanese sensation Ryuto Sawada caused further chaos at the strawweight division in ONE Championship, by forcing Robin Catalan to tap out at ONE: Unbreakable III that was beamed Friday evening at the Singapore Indoor Stadium.

The Dragon Boy from Evolve MMA put his grappling skills to the hilt, making amends from his unintentional knee on the Ilonggo’s groin area en route to a rear naked-choke win in the very first round.

Negating the striking ability of Catalan, the action was all on the ground before Sawada forced the former to tap out with 40 seconds remaining.

“I’ve finished my back choked that finished my opponent,” an elated Sawada said after the bout when being asked by commentator Mitch Chilson.

Sawada now moved up to 14-5 in his career after winning his third fight in four bouts since getting his contract by way of the ONE Warrior Series.

His submission win sends a huge message in the stacked strawweight class, in which he aims to barge into the top five in the division that has Team Lakay’s Joshua Pacio as its title-holder.

“I would like to be ranked in,” he added, as he hoped to join the top two contenders and fellow Japanese fighters Yoshitaka Naito and Yosuke Saruta in the rankings.

The see-saw continued for Catalan (10-7) at ONE after alternating wins and losses for the sixth bout running, in which rust played a huge factor when he came on after not fighting at all in 2020 after a sensational knockout win over Gustavo Balart at Masters of Fate in 2019.