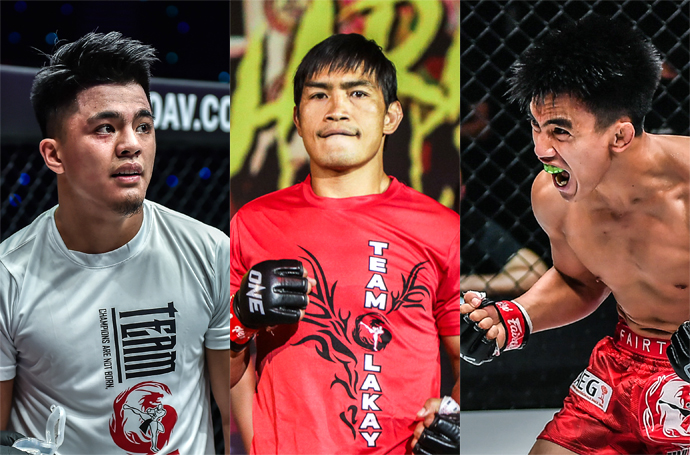 Team Lakay Eduard Folayang has been known as a fearless warrior who is ready whoever ONE Championship presents in front of him inside the Circle.

He built his name with more than a decade of fighting and overcoming all the challengers – constantly enduring one of the toughest roads to greatness.

The former ONE Lightweight World Champion is not picky of who he shares the Circle with for a showdown.

Yet, after Folayang’s win over John Wayne “The Gunslinger” Parr at ONE X on 26 March, the Filipino mixed martial arts icon revealed he wants to keep his momentum in ONE Super Series going by challenging multiple-time karate world champion “Super” Sage Northcutt.

With ONE Chairman and CEO Chatri Sityodtong’s revelation about the failed Folayang versus Northcutt fight at ONE X, the expectations just went over the roof.

“For me, manong Eduard wants to test his skills in striking or, in general, he wants to venture into other disciplines. And why not Northcutt, right?” said Jhanlo Sangiao who is also expectant of the match-up.

“If he faces Northcutt,” he said, “then that would be a nice matchup. I’m sure this will be pure entertainment for fans, a match between a karate specialist and a wushu legend.”

Indeed, it will be a battle between two fighters who are very prominent in striking.

Northcutt was inducted into the Black Belt Magazine Hall of Fame in 2012 and is also a third dan black belter in taekwondo.

Meanwhile, Folayang has already won three gold medals in SEA Games, a silver medal in 2006 Asian Games in Doha, Qatar, and a bronze in the 2005 Wushu World Championships in Hanoi, Vietnam.

“Many people think that it’s time for him to leave the fighting scene, but you know kuya Eduard, he will be there to prove that he is far from the finish line,” ONE Strawweight World Champion Joshua Pacio added.

Aside from Northcutt, Pacio also wanted to witness a legend versus legend battle between Folayang and Yoshihiro Akiyama – also a previously confirmed fight but was cancelled due to an injury.

“That would be a cutthroat match,” he added. “Both want to trade shots. But let me also add that one of the fights that excites me is kuya Eduard versus Akiyama.”

With Folayang already facing Parr earlier this year, a date with another icon is definitely not too far.