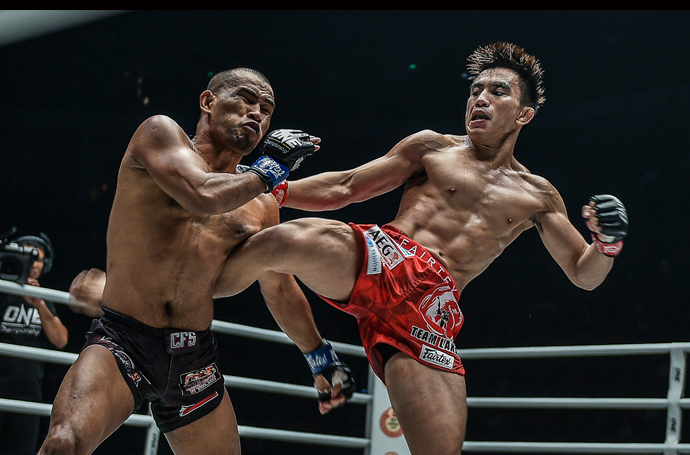 Joshua Pacio retains the Strawweight World Championship after a submission victory over veteran fighter Rene Catalan in the main event of ONE: Masters of Fate on Friday evening at the Mall of Asia Arena in Pasay City

Six years since the Eric Kelly and Honorio Banario battle for the Featherweight crown in Kuala Lumpur, it was the second time that two Filipinos battled for the World Title belt, and the first to be held in the country.

Both fighters, standard bearers for Benguet’s Lakay and Iloilo’s Catalan Fighting Systems gave it their all to ensure a great finale for the Filipinos in the card, in which their fighters swept all three bouts in the undercard before the Passion locked the veteran out to retain the belt for the first time since he retook it from Yosuke Saruta at the same arena last April.

Even with the win, Pacio called for all the fans to end the supposed rivalry between the two gyms that headlined the card.

The bout got to an explosive start, with Pacio got the first hit with a back kick to Catalan’s body, then got on top to dictate the ground game after both fighters having a go with their heel locks.

After the right knee floored the challenger, Pacio finished it off with an arm triangle choke that forced Catalan to tap out at the midway point of the second round, snapping the 37-year old’s six-bout winning run and extending his own unbeaten run at home to six bouts of their own.