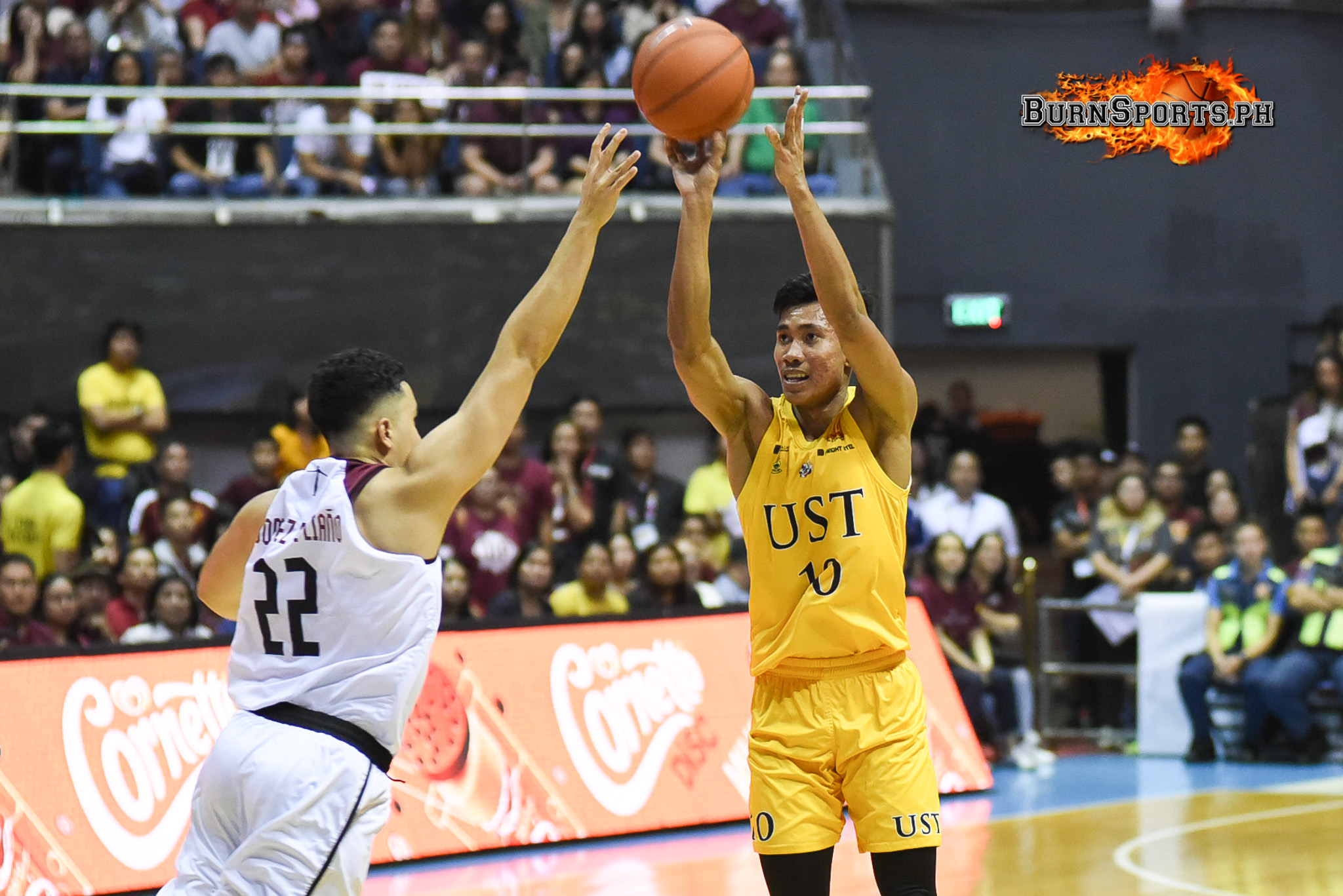 MANILA, Philippines – University of Santo Tomas proved to be too strong once again over University of the Philippines as the Growling Tigers claimed a convincing 89-69 win on Sunday at the Smart Araneta Coliseum to keep their campaign alive in the UAAP Season 82 men’s basketball tournament.

After sweeping the Fighting Maroons during the elimination round, UST kept their game strong and kept a comfortable cushion all throughout the match to keep their Finals hopes alive.

“It’s all about execution. Execution on both defense and offense. We executed our game plan and lahat ng instructions ko, sinusunod ng mga players. We are connected out there,” UST head coach Aldin Ayo said post-game.

Veteran point guard Renzo Subido and Rhenz Abando nailed triples to start the first quarter on a high note. The Growling Tigers continued to show off their dominance in the second quarter as they limited UP to only 11 points for a 17-point lead, 41-24, at the half after Sherwin Concepcion had another triple.

Juan Gomez de Liano led his squad as he opened the third quarter with his own three-pointer to cut the deficit to 12, 43-31.

Mark Nonoy’s speed was no match for Jun Manzo as he rose for a jumper that put UST up to 19, 52-33. Bright Akhuetie continued to score for UP, followed by another triple from Juan GDL that trimmed down the deficit to 11, 57-46.

UP managed to inch within nine, 72-63, 3:14 minutes left in the final period, but it is the closest they could get near UST. Sherwin Concepcion and Nonoy drilled back-to-back treys to stretch their lead back to 15, 78-63. Nonoy sank another trey in the final 50 seconds of the game that put the lead up to 20, 85-65.

Season 82 MVP Soulemane Chabi Yo had a 17-point, 15-rebound double-double, along with four steals and two assists, while Abando had another 17 markers. Nonoy chipped in 16 points, four assists, four rebounds, and two steals.

Concepcion had 12 markers built on four triples, while team captain CJ Cansino had 11 points and three boards. Subido contributed 12 assists and eight points in the win as they scheduled their next game against the Fighting Maroons on Wednesday at the Mall of Asia Arena.

On the other hand, Juan GDL paced UP with 20 points, while Bright Akhuetie had 19 markers and 18 boards.