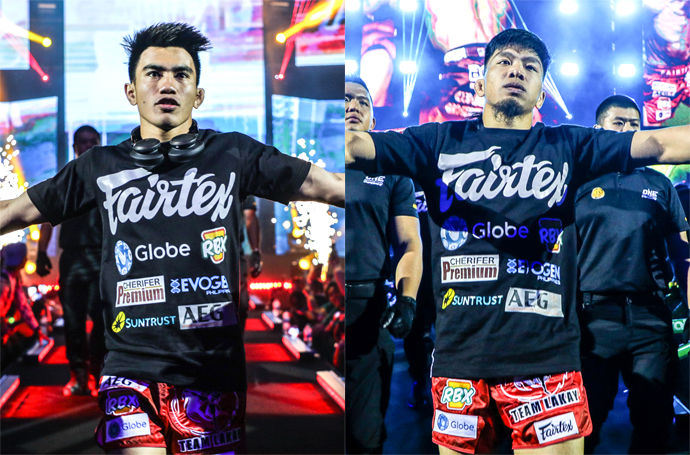 Reigning ONE Strawweight World Champion Joshua Pacio and rising star Lito Adiwang will be watching closely the main MMA bout between former champion Alex Silva and Hiroshi Minowa when these two contenders face off at ONE: Fists of Fury III on Friday night.

The pair had been unanimous in their take: that the Brazilian will overcome the Japanese, largely in part to Silva’s experience in being the best.

“I’m going with Alex Silva in this one, because he has that championship experience. That can’t be overlooked. He’s been at the top and he knows what it takes to become a world champion,” said the Thunder Kid, who had been wishing for a rematch with Minowa after being at the wrong end of a controversial split decision at Inside the Matrix III last October.

Now ranked fifth in the rankings, Silva was the third fighter to take the ONE Strawweight belt after stunning Yoshitaka Naito with a unanimous decision at ONE: Warriors of the World three years ago in Bangkok, Thailand.

The Passion echoed his teammate’s sentiments, and it also helped that having a first-hand encounter with Little Rock was an easy takeaway in picking him over Minowa.

“I’ve shared the Circle with Alex Silva, so I know how good he is,” Pacio said of the former world champion who was his most recent opponent, edging him by a razor-thin split decision to retain the belt at ONE: Fire and Fury last year at the Mall of Asia Arena.

“They are two of the best grapplers in the division. Honestly, it’s a hard one to predict. But I think Alex takes this one, because he has the experience. I think he will have the edge in this fight.”

With two of the best grapplers locking horns inside the mat, the fight would even go down to the judge’s scorecards.

“Alex is very dangerous with his arm locks and knee bars. If you get caught, there’s no way out. You’re going to tap. At the same time, Minowa is good with his control. He’s very fluid in side mount, full mount, and even in the guard. It could go down to the wire.”