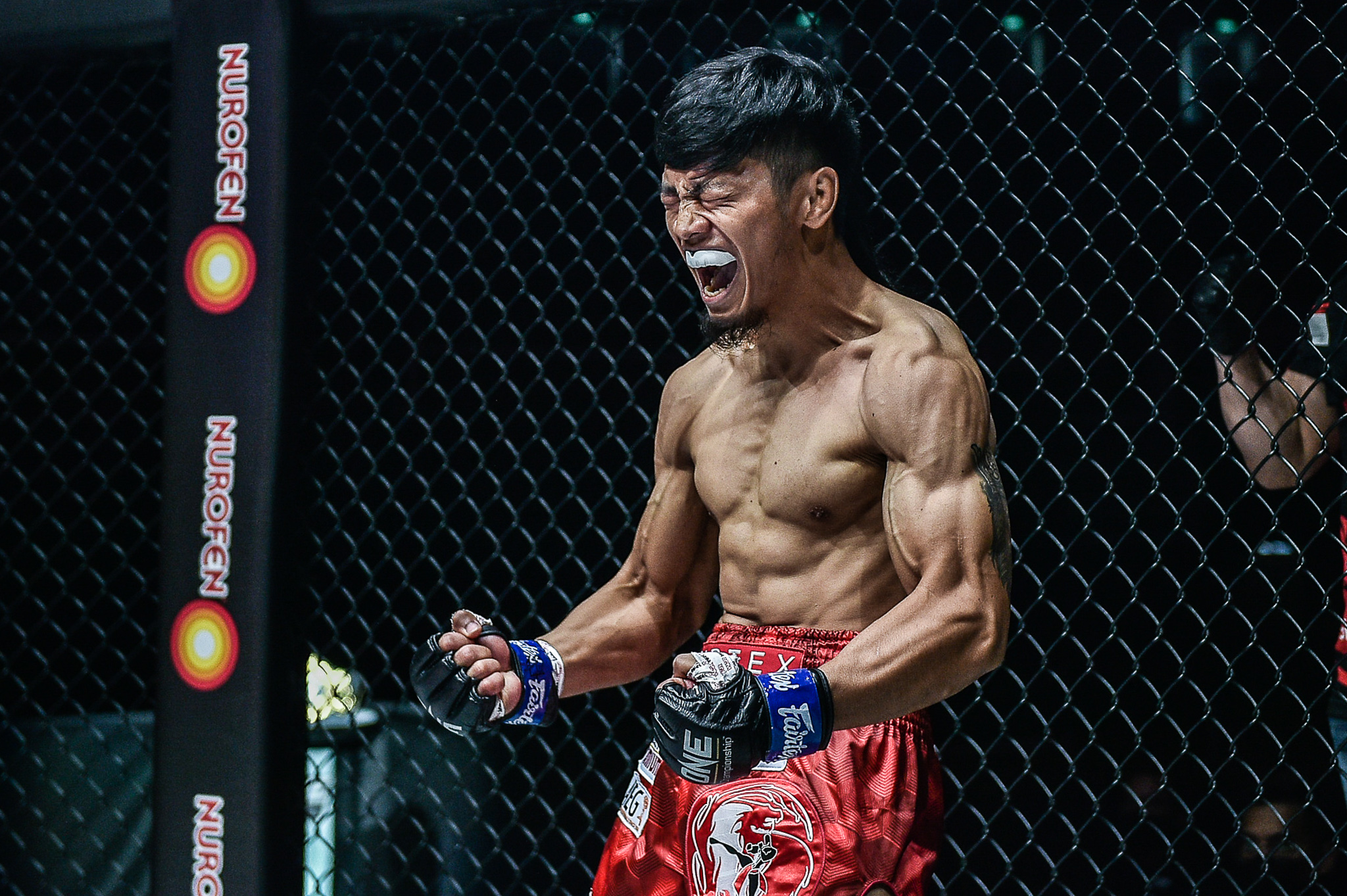 Filipino phenom Lito Adiwang will set the tone for Team Lakay’s this 2021 as he booked a date inside the Circle with Chinese fighter Hexigetu in the curtain raiser of ONE: Unbreakable on Jan 22 in Singapore.

Wounded by his controversial split decision loss to ex-Shooto Champion Hiroba Minowa of Japan in Inside the Matrix III November last year, the “Thunder Kid” saw an end to his seven-fight win streak.

However, the rising star is already done with the sulking part and ready to take on China’s “Wolf of Grasslands”.

But it’s easier said than done.

Hexigetu is a fighter from Beijing’s China Top Team and once notched CMPC Fighter of the Year in 2015. He also currently holds a three-win streak including a split decision victory against former ONE Strawweight World Champion Dejdamrong Sor Amnuaysirichoke.

Nevertheless, Adiwang is eager to return to winning ways and start the year right for Team Lakay.