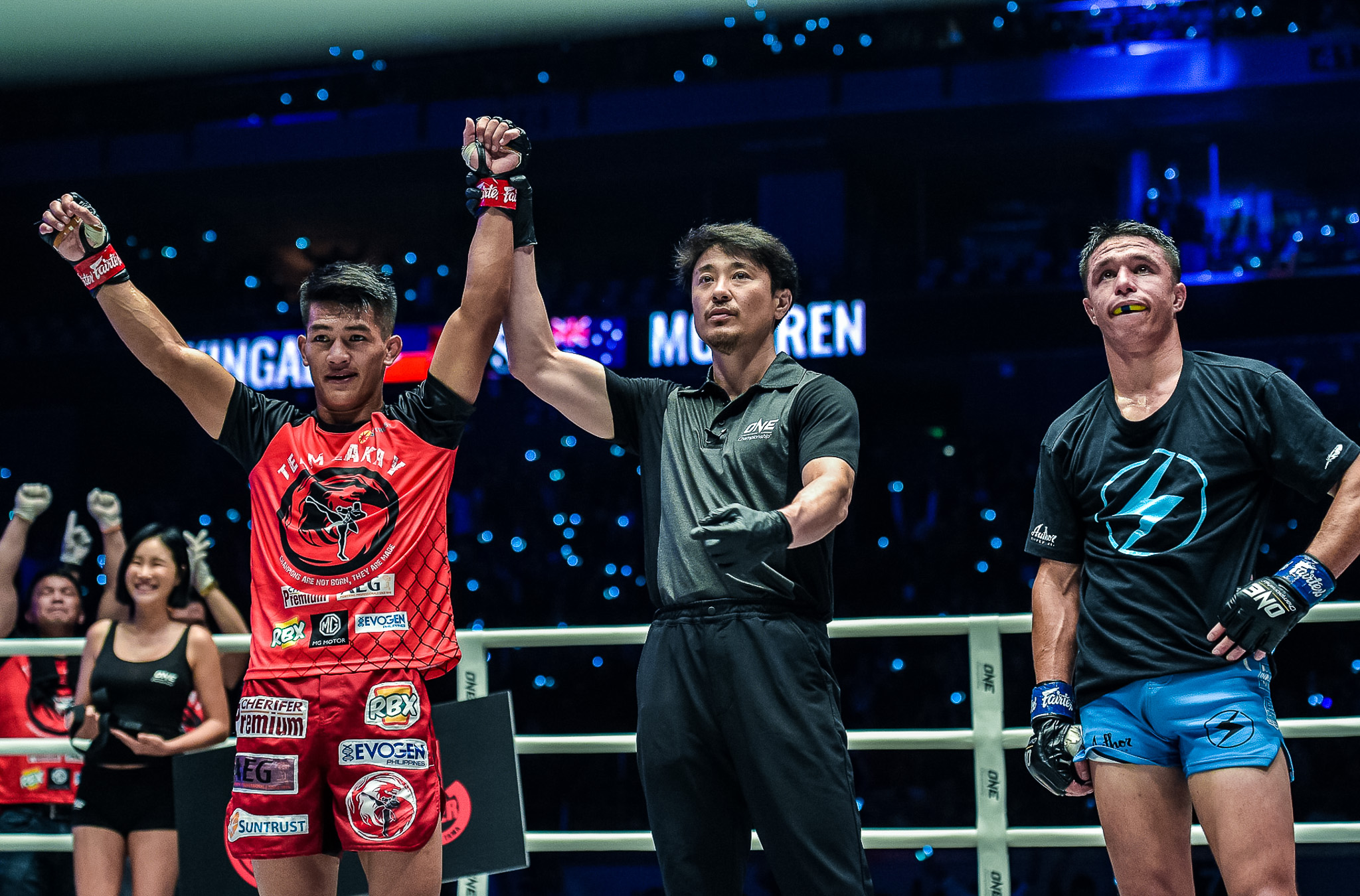 PASAY — Danny Kingad grinded out a split decision win over Australia’s Reece McLaren in the first semifinal of the Flyweight World Grand Prix in the main card of the ONE Championship: Dawn of Heroes Friday evening at the Mall of Asia Arena.

In a battle between contrasting styles, the striking specialist had put a screeching halt to Lightning’s ground game by effectively stealing it as his own in the third and final round and booked a date with Demetrious Johnson on the final at ONE: Centrury on October, after defeating Tatsumisu Wada in a unanimous decision on the other semifinal.

His close shave enabled Kingad to extend his ONE Championship winning streak at 6, hiking his record there to 9-1, and 13-1 overall.

After exchanged of take downs, Kingad endured almost three minutes of McLaren’s ground game before escaping numerous choke attempts and unleashed a late flurry of strikes to end the opening round on a high note.

Not to be contented with his kicks in the second round, the Team Lakay standout had a vicious right hands and elbows to keep the Australian at bay but it was not enough for him as he was still getting dominated by McLaren.

But it all changed in the third round as Kingad not only got away with McLaren’s ground game, but also effectively using it against him to the delight of the home crowd en route to a close win, ending a losing skid for the Pinoy MMA powerhouse tonight.

Team Lakay head coach Mark Sangiao credits the intensified confidence of Kingad for the turnaround, as he saw The King getting frustrated by McLaren in the first two rounds.