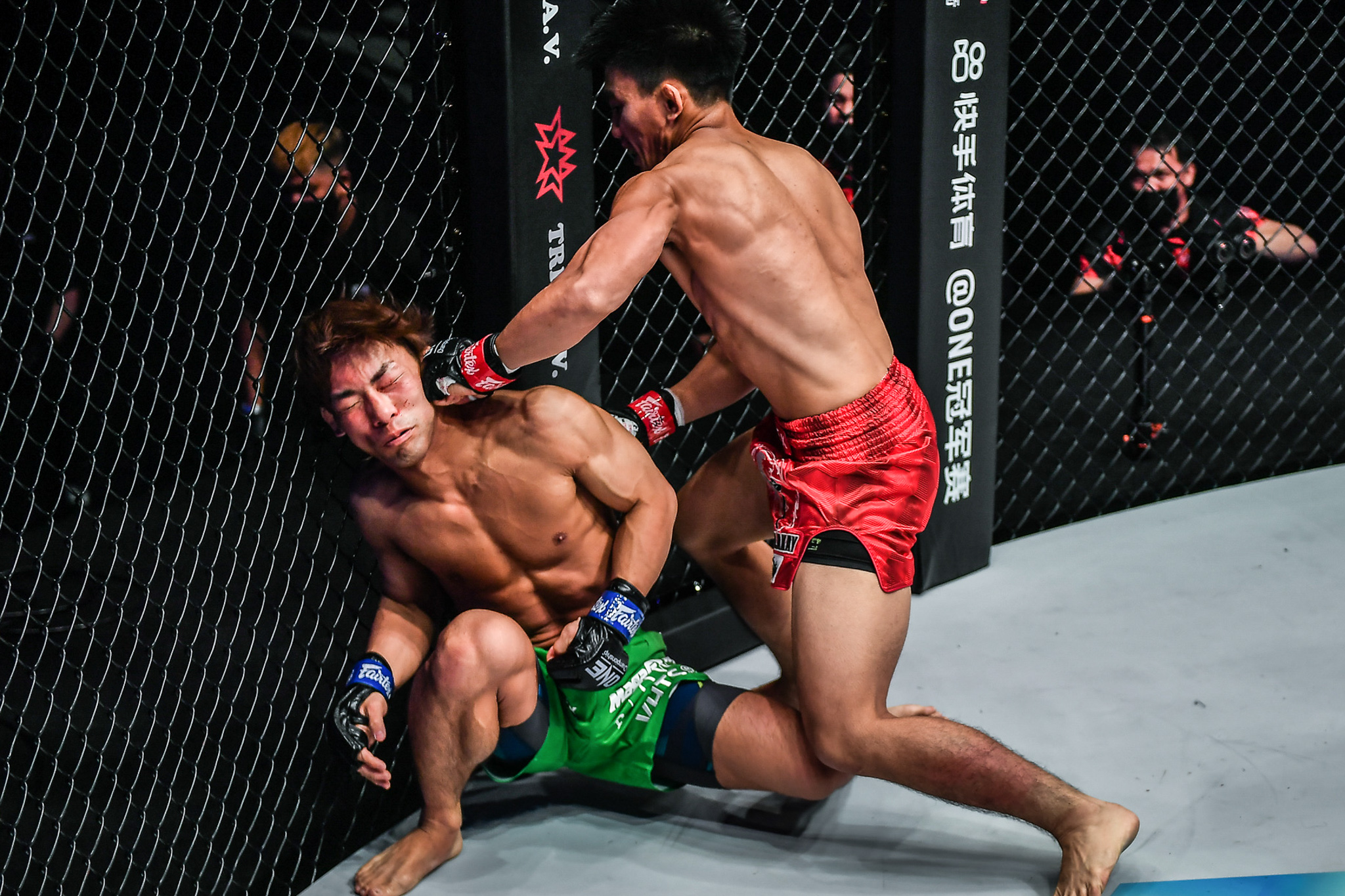 Joshua Pacio retained the ONE Strawweight World title after dropping Japan’s Yosuke Saruta for the second time in the co-main event of ONE Championship: Revolution Friday evening at the Singapore Indoor Stadium.

The Passion closed the book on their trilogy with the Ninja with a first-round technical knockout, as he made sure that his fourth-round stoppage last April 2019 to regain the belt was no fluke.

After an initial exchange, a solid overhead right counter by Pacio rocked Saruta on his knees, and the Team Lakay champion pounced on it by launching a string of left-hand strikes that forced referee Justin Brown to halt the contest at the 3:38 mark in the opening round.

More importantly, Pacio not only broke the Team Lakay trilogy curse but also tightened his iron grip at the strawweight division, where he won his third defense of the belt after a 20-month wait as he now went 5-2 in title fights.

“It’s been hard, but I’m ready. And I proved that I’m here to stay as a champion,” Pacio said to Mitch Chilson after the bout.

Pacio took out Saruta’s ground game right from the opening bell, where he used his range advantage to keep the Japanese at bay.

“Coach Mark said to me, you have more tools than him,” he said in the post-event press conference.

“I have answers in all of his attacks. And it happens that he fight with me with my bread and butter.”

For the Passion, his World Champion mindset got him through everything he faced, including his recovery with COVID that altered his plans early on.

“Things happened. For me, this COVID made me tough. Tougher than ever,” he then said.

“We’re a fighter, not just in the circle, but in real life. I have a World Champion mindset in me.”