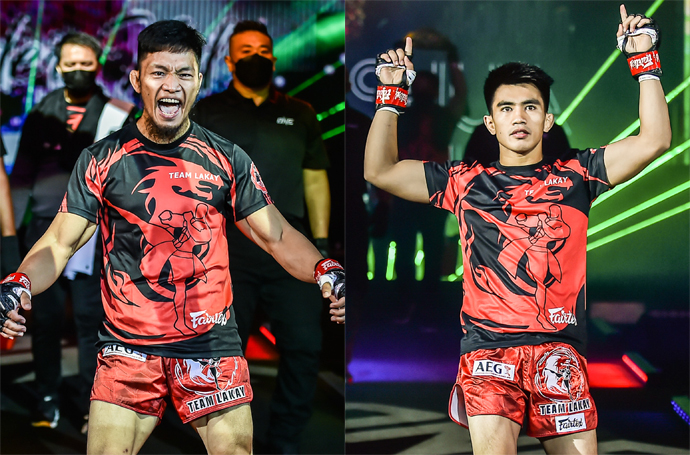 ONE Strawweight World Champion Pacio ended the trilogy with Yosuke Saruta in the most convincing way possible, dropping the Japanese with an overhead right in the first round.

Pacio first nullified Saruta’s ground game by using his reach advantage, forcing the fight to be a standing battle. The impatient Saruta fell directly into the Filipino champion’s trap and with calculated counters, the Japanese found himself in a TKO situation.

“Being patience, yes, it’s a part of the game plan. Also, it was the natural accuracy of Joshua,” said Sangiao.

“The Passion” proved that his fourth-round stoppage in their second meeting was not a fluke, silencing most of his critics.

With Saruta out of the way, Pacio is now roaring to finish another trilogy with former ONE Strawweight World Champion Yoshitaka Naito.

“[Joshua is ready to fight] anyone that ONE presents to him. But according to him, he wants to finish the story with Naito,” said Sangiao.

“Let’s hope ONE will give the fight that Joshua prefers but if not, we are warriors, whoever they will give, we’ll face them.”

On the other hand, Filipino sensation Adiwang proved to be too much for China’s “Wolf of the Grasslands” Hexigetu after a one-sided night in the lead card of ONE: Revolution.

True to his monicker, “Thunder Kid” demonstrated his explosiveness with a flying knee followed by a flying head kick in the opening round.

“Hexigetu could not calculate the distance between him and Lito which is why he cannot execute their game plan, which I think is to take down Lito. Lito’s defense was also great,” shared coach Sangiao.

“Hexigetu knew that he has no choice but to have a striking battle. But to dance with Lito in the striking department is a huge mistake. We all know that striking is Team Lakay’s forte.”

The 24-year-old continued his assault in the second round even after getting hit in the groin area. The second illegal kick by the Chinese near the end of second round and in the third round earned him two yellow cards.

“Although he Lito did not execute the submission we were hoping for, I’m still satisfied with his performance. Plus, completing the 3 rounds also proved that Lito’s tank is there. It was a punch to the critics who believed that Lito could not survive a third round,” expressed Sangiao.

“Lito was also receiving strikes in a number of times. Lito has that resiliency, that patience and heart.”

With the win, Lito improves to 13-3 win-loss record.