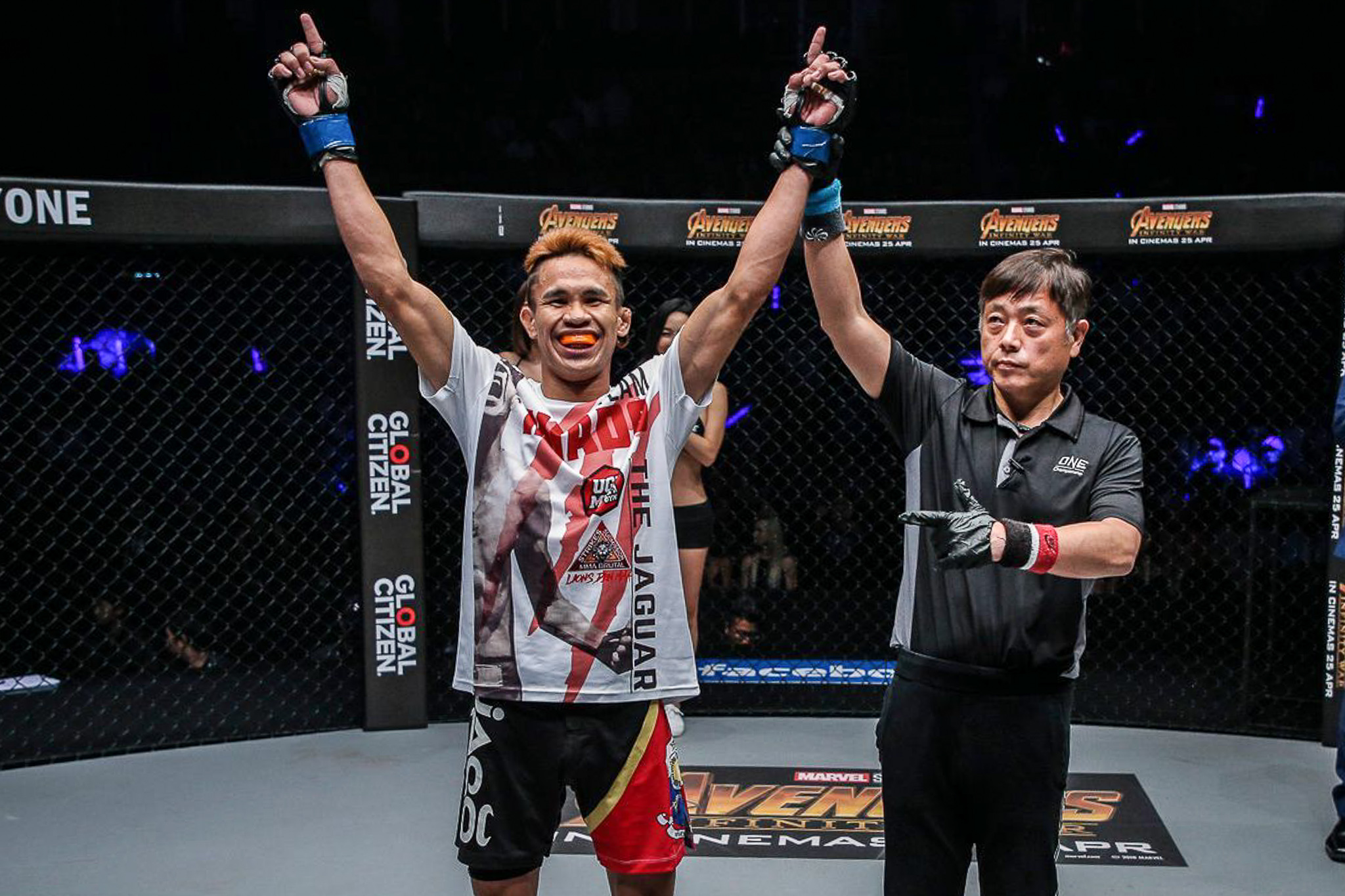 Jeremy Miado wants to prove that his KO win against Miao Li Tao at ONE: AGE OF DRAGONS back in November 2019 wasn’t a lucky break.

Scheduled to lock horns again at ONE: NEXTGEN on October 29, Miado only has one thing in mind – repeat his impressive performance against the Chinese foe.

“People can say whatever they want to say, but my approach is always the same. I’m always motivated to show that I belong here in ONE and I deserve to be one of the best fighters in the strawweight division,” said the Albay native.

Being away from the cage for two years, Miado has been focusing on improving his ground game to further expand his capability.

With his new team, Marrok Force in Bangkok and training alongside siblings Denice and Drex Zamboanga, the 28-year-old would like to show his stronger ground game to the world.

“My fighting style is still the same, I still boast that power and strength. But I can say that I have worked on my ground game because that can help me be a more well-rounded fighter,” he said.

Yet, Miado is aware that Miao has been working to improve his arsenal as well.

The Chinese remained active after their fight, trading wins against Ryuto “The Dragon Boy” Sawada, before a close unanimous decision defeat to no. 4-ranked strawweight Alex “Little Rock” Silva at ONE: BATTLEGROUND 2 last August.

“Miao improved a lot in his game, especially in his wrestling. I can see that he’s a lot more careful now in his posture and that would really give me a hard time in this rematch with him,” said Miado.

“This won’t be an easy fight for me because we already know each other very well and I know that he’s motivated to redeem himself from that knockout loss and get back at me.”