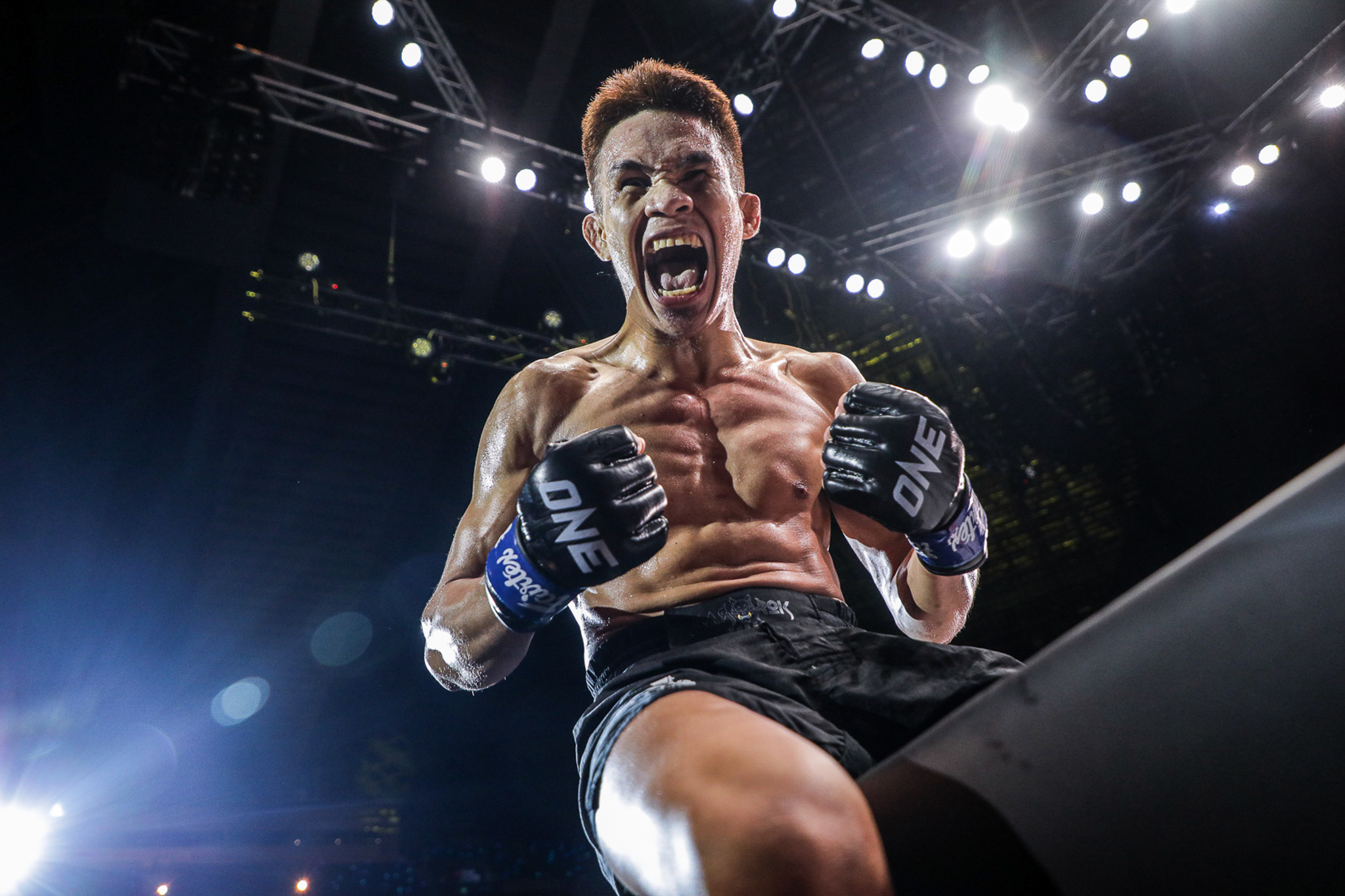 There is no better thing than having your family back you up in all of your ventures in life, and Filipino strawweight Jeremy Miado has found his refuge in his son Tobiko and wife Chela.

Thru Tobiko and Chela’s boost, Miado has been slowly climbing the ranks of the elite strawweights in the division, having gone 4-1 in his last five outings.

“Everything I do, every sacrifice I make is for my family. All of the sacrifices I made in my career are always for them,” shared Miado.

“I always give double the effort training myself to be as successful a fighter as possible because of the inspiration my family and son give me. The eagerness I have every day to train and improve is the result of the motivation I get from them.”

Indeed, Miado is pumped. His last four wins are all coming in a flashy manner.

“The Jaguar” is also on a three-fight stoppage streak, beating Lito Adiwang and Miao Li Tao twice in his past three fights.

Included in his resume is a first-round knockout win over Muay Thai legend and inaugural ONE Strawweight World Champion Dejdamrong Sor Amnuaysirichoke in 2018.

Experiencing the best run of his career, Miado hopes that Tobiko sees his effort and is open if his son follows his footsteps as a mix martial artist.