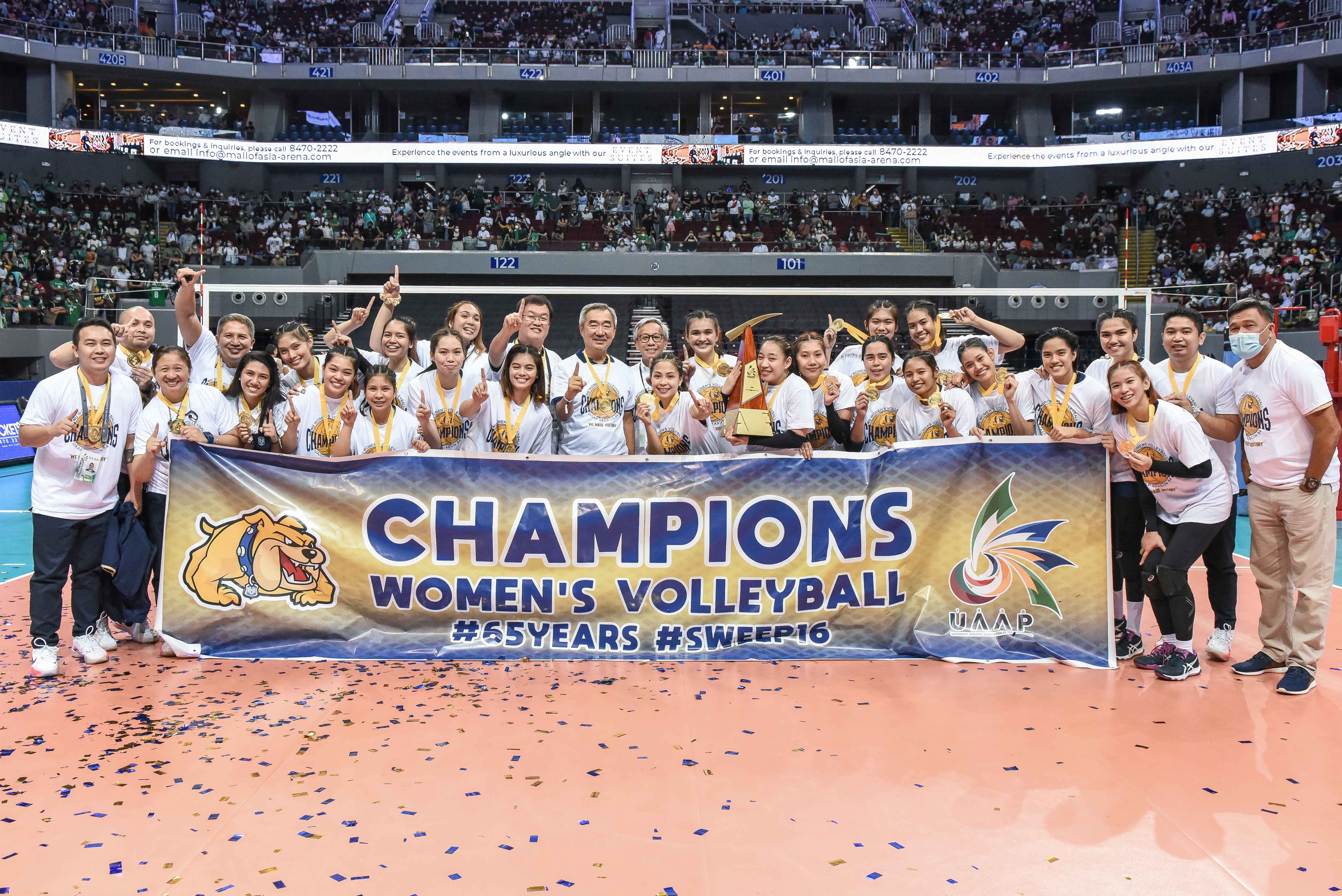 The National University Lady Bulldogs pulled off another straight-set sweep over the De La Salle University Lady Spikers, 25-15, 25-15, 25-22, to win the championship in the UAAP Season 84 women’s volleyball, Tuesday, at the Mall of Asia Arena in Pasay City.

It was a much-awaited victory for NU as they ended the 65-year championship drought in women’s volleyball dating back to 1957.

Down 17-20 in the third set, the Lady Bulldogs responded with a 7-0 counter run via the crucial double-substitution of NU to reach championship point.

NU displayed confidence and composure all throughout the match particularly in the opening frame where the Lady Spikers quickly built a 10-6 advantage. With Belen doing the damage in front, NU instantly turned things around with a 19-5 finish.

Newly awarded Best Opposite Spiker Alyssa Solomon led the scoring duties for the Lady Bulldogs with 18 points, while the Rookie-Most Valuable Player Michaela Belen was not far behind with 16 markers.

Best libero Jen Nierva chipped in 19 excellent digs and 10 excellent receptions, with their defense strengthened by the contribution of team captain Cess Robles who finished with 15 excellent digs, earning the Finals MVP plum.

Just like in the Game 1, it was a total all-around dominating performance from NU as Best Setter Lams Lamina perfectly orchestrated their offense with 14 excellent sets, with Ivy Lacsina and 2nd Best Middle Blocker Sheena Toring combining for 11 markers.

Similar to Game 1, La Salle spikers were held down to single-digit output, with Thea Gagate leading the Lady Spikers with just 8 markers followed by Leiah Malaluan with 7. 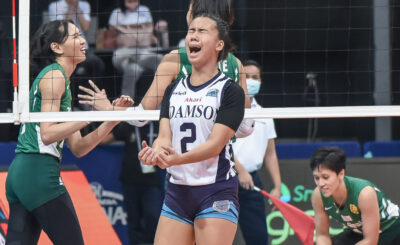