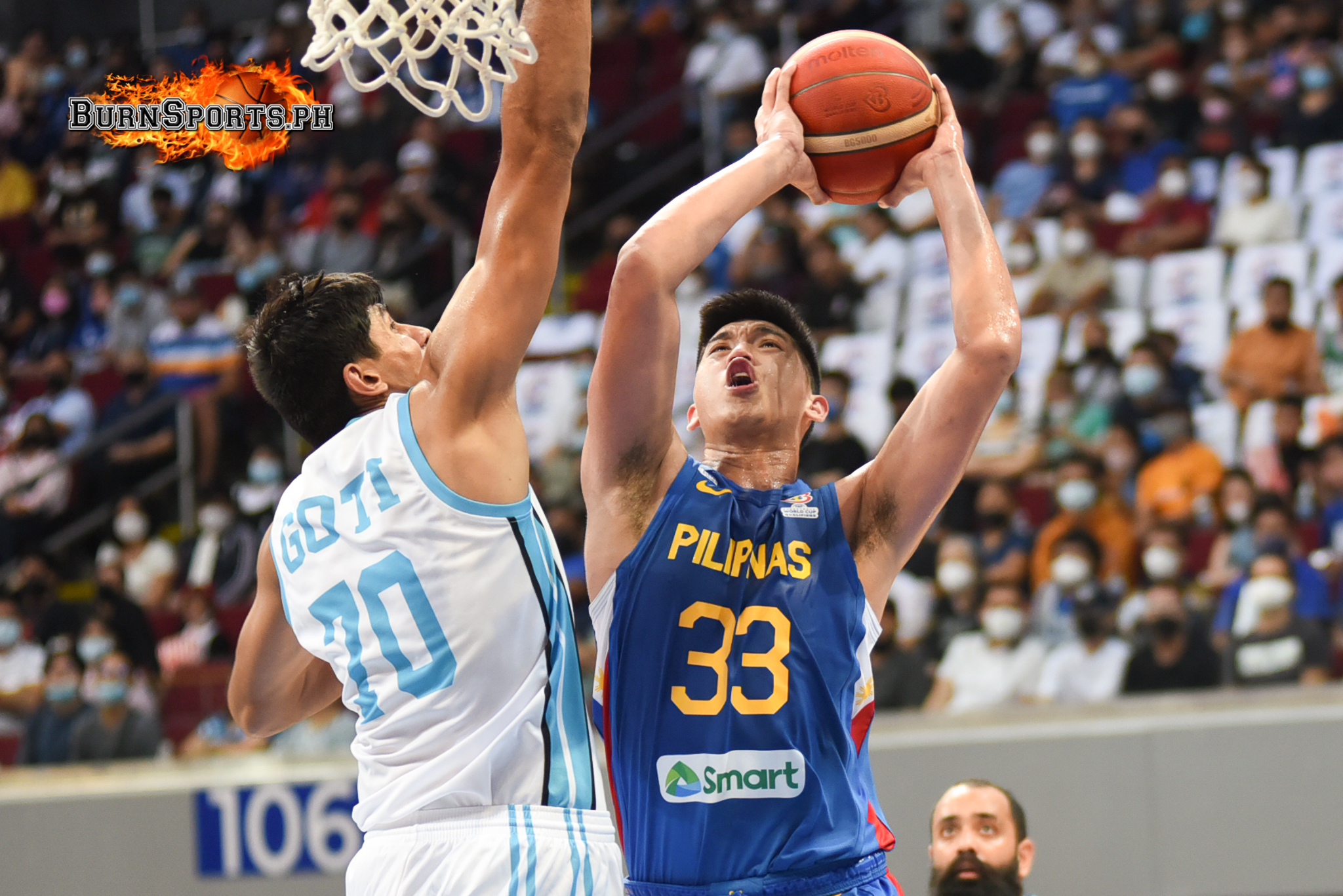 Gilas Pilipinas dealt India their fourth loss in the first round of FIBA World Cup Asian Qualifiers, riding a 79-63 win to wrap the competition’s third window.

Veterans Dwight Ramos and Kiefer Ravena led the charge for the 10-man Philippine representatives at the Mall of Asia Arena on Sunday, July 3.

Ramos produced 21 points, 5 rebounds, and 4 steals after a quiet performance against the Tall Blacks of New Zealand just three days ago in Auckland.

The lack of height did not seem to bother Gilas as they outrebounded India by 50-42.

Gilas young guns stepped up for the absence of naturalized Angelo Kouame due to an injury and Kai Sotto.

Carl Tamayo who was questionable after the match with the Tall Blacks due an ankle sprain was just shy of a double-double performance of 9 points and 9 rebounds along with three steals.

Blue Eagles’ center Will Navarro also added 11 points to the Gilas scoreboard. Geo Chiu came up big under the basket, outrebounding everyone by 11 rebounds along with 5 points.

Karl Kevin Quiambao did not disappoint head coach Nenad Vucinic after an extended playing time. Quiambao made 6 points on 5 rebounds and 6 assists.

Nonetheless, both teams qualify to the second round together with group leader New Zealand as South Korea was disqualified from the tournament after a COVID-19 outbreak at their camp.