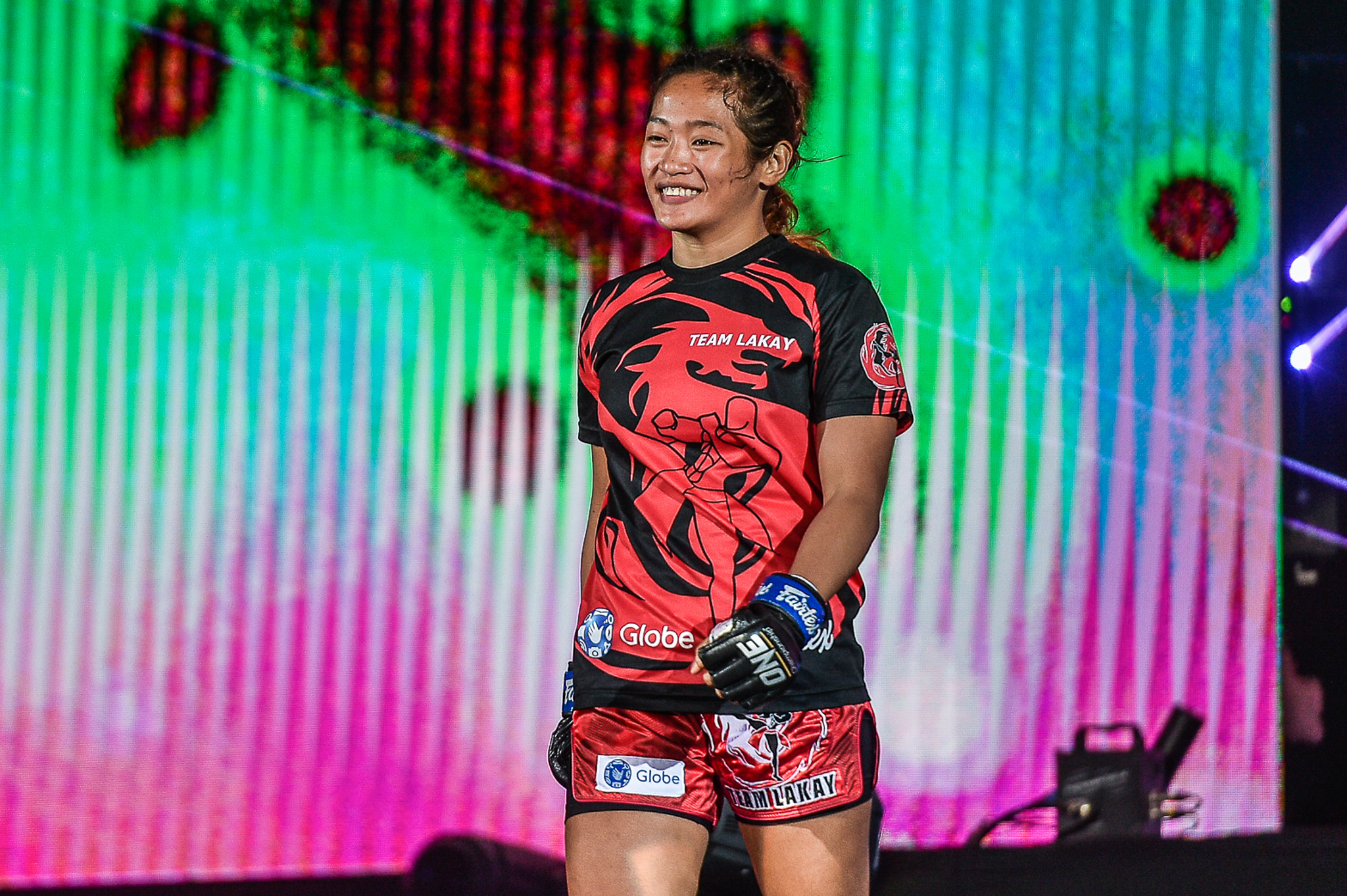 Team Lakay’s Jenelyn Olsim has successfully established her first step at the ONE Championship main stage after choking Maira Mazar of Brazil at ONE: FISTS OF FURY III, March 19.

The Muay Thai national champion dominated the no. 5 female strawweight Mazar in the striking department and surprisingly held her ground during the grappling battle leading to a guillotine in the third round of her promotional debut.

The 23-year-old Filipina debunked her critics and proved a core point in Team Lakay’s fighting style.

In an interview posted in Team Lakay’s Facebook page, Olsim shared the secret to how she took full command of the match despite fighting a strong grappler.

“Firstly, I didn’t really put a self – pressure on who’s going to be my opponent. In this game, anybody can be matched with you so you just have to be focused and train smart in making yourself better each day,” said Olsim.

“The fact that she is from Evolve and said to be more expert on grounds, on the other hand, I believe that I am in the right team and have every support I can get from them.”

After the match, Olsim expressed her openness to continue the momentum and fight fourth-ranked Ayaka Miura of Japan.

“Of course, I want to climb the rank up and level off with the other girls. This is the only way for the strawweight belt. About going to Atom(weight) or facing Miura, time will tell.  Coach Mark [Sangiao] and I will have to sit down about it. Coach knows,” said Olsim who also eyed fighting atomweight queen Angela Lee.

Despite the impressive debut, Olsim remained humble and conveyed that constant learning is the key towards achieving one’s goal.

“After watching my fight, of course, first of all, I am very grateful that I trust I improved from my previous fight, said Olsim.

“I know that I still have a lot of flaws to fix and a lot to learn, especially in my wrestling and footwork, so I will focus on getting better. Learning never ends if you want to keep evolving.”