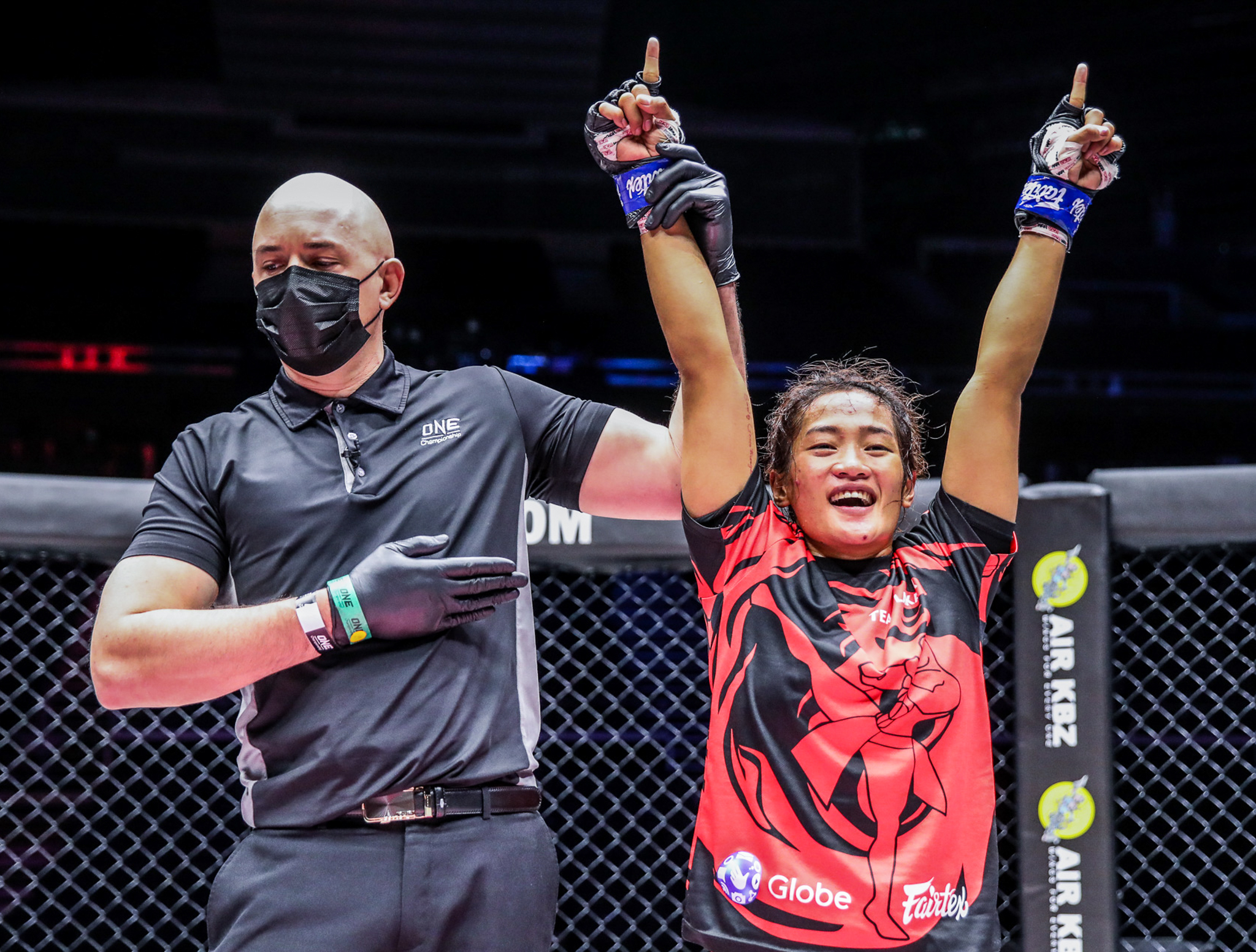 Team Lakay’s Jenelyn Olsim looks to follow-up impressive debut as it tangles with Vietnamese-American Bi “Killer Bee” Nguyen at ONE: Battleground III in Singapore on August 27.

The winner of the match will advance to the alternate bout of ONE Women’s Atomweight Grand Prix to face American-Thai Grace Cleveland on September 3.

“Whoever comes out the victor this coming August 27th will face (Grace) Cleveland and let’s hope it’s going to be Jenelyn. Our goal here is to have Jenelyn’s name and face on the Sept 3 card,” said Team Lakay head coach Mark Sangiao.

Olsim shocked the world when she submitted Brazilian Maira Mazar in the third round of their match to announce her arrival in the Home of Martial Arts last March.

“My team and I worked so hard for me to improve, and you can only get better and better if you give your very best every training. And no matter how hard the process is, you have to love what you are doing,” said Olsim.

Following her impressive debut, Olsim moves down to atomweight and lock horns with one of the division’s top fighter, Killer Bee.

Nguyen also came from an upset split decision win against Indian Ritu Phogat last May in ONE: DANGAL to give the Indian wrestling champion her first loss.

Despite Killer Bee’s reputation, Olsim is confident that she can take on the Vietnamese-American fighter.

With her proficiency in the stand-up and grappling, Olsim is ready whether it will be a striking battle or a ground game.

“After my first fight in ONE Championship, I became more confident in my ground game. I knew the things that I had to do and if I had the chance to lock in a submission, I should never waver and lock it in,” shared Olsim.

According to Sangiao, being prepared is the key to getting the win.

“Either ground or striking, we have to work on in all aspect. It should be complete,” said Sangiao. “Yes, she is the Killer Bee but consistent training and well-structured game plan will hugely effect.”