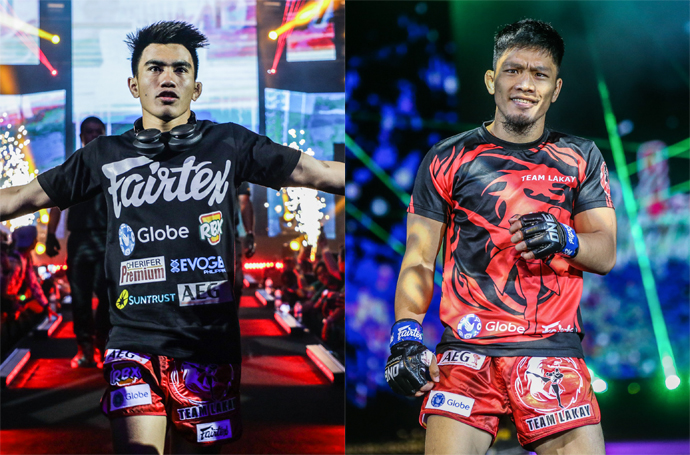 Three Filipino fighters will see action in ONE Championship’s latest event ONE: Revolution on September 24 in Singapore.

In a stacked fight card that featured three world title bouts, ONE Strawweight World Champion Joshua Pacio will face off with top-ranked contender Yosuke Saruta for the third time.

The Flying Monkey from Saitama got the better of Pacio in their first encounter in January 2019, dethroning the Benguet fighter in a split decision in Jakarta on the main event of Eternal Glory.

Three months later, Pacio got even on Saruta at Roots of Honor in front of a loud MOA Arena crowd, regaining the crown with a fourth-round knee kick.

Since then, the 25-year old successfully defended his belt twice at home against Rene Catalan and Brazil’s Alex Silva by a second-round stoppage and a razor-thin split decision, respectively.

The Thunder Kid will finally get to face Hexigetu, eight months since they were supposed to clash at ONE: Unbreakable before the former knocking out the latter’s replacement Namiki Kawahara.

In the main event, ONE Lightweight World Champion Christian “The Warrior” Lee will defend his belt against #3-ranked contender Ok Rae Yoon.